Is Babar Azam similar to Virat Kohli and should it be Fab 5 of batting?

Babar Azam has emerged as one of the best batsman from Pakistan in the modern era and many believe that he is like Virat Kohli and also he should be an addition to the ‘Fab 4’ batting club. 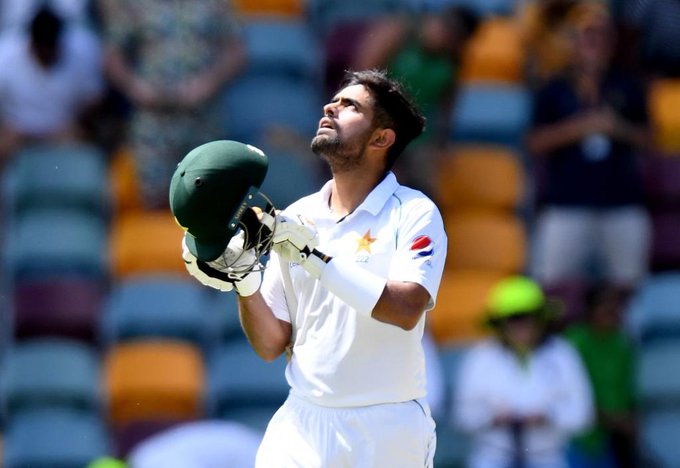 Babar Azam is one of the best batsman currently in the Pakistan line-up and his consistency has drawn comparisons with the Fab 4 which includes Virat Kohli, Kane Williamson, Steve Smith and Joe Root. (Credits: Twitter/ ICC )

Virat Kohli, Joe Root, Steve Smith and Kane Williamson. These four players are considered to be the blueprint for great batting in the modern era.

The exploits of these batsmen has led to the label ‘Fab 4’ in cricket. However, there is one batsman who is making a serious case for himself as one of the greats in this period.

When one talks about Pakistan, the first thing that comes to mind is their huge depth in fast bowling.

Sure, they have produced greats like Zaheer Abbas, Imran Khan, Javed Miandad, Saleem Malik, Mohammad Yousuf, Inzamam-ul-Haq, Younis Khan and Misbah-ul-Haq, but it is their bowling that has stolen the show.

However, one batsman has dazzled the world with his talent in all formats of the game. His consistency has reminded many people of Kohli. Babar Azam, who has emerged as one of the biggest batting stars to come out from Pakistan, is staking a claim big time to change the famous quartet into the famous quintet.

The batting that Babar showed on a tough day in Old Trafford prompted Nasser Hussain, the former England captain to state, “If this lad was Virat Kohli, everyone would be talking about it but because it is Babar Azam, no one is talking about it. It’s the ‘Fab Five’ and Babar Azam is in that.”

How true is Hussain’s assessment of Babar ? These are early days in the career of Babar but already he has amassed impressive numbers. In 26 Tests and 74 ODIs, Azam averages over 45 and 54 respectively.

In order to prove this, the sampling is important. One thing to note – this is before Babar’s knock in Old Trafford. In order to get a better picture, we must look at how Smith, Kohli, Williamson and Root managed to score in 26 Tests and 74 ODIs which is the same amount of games that Babar Azam has played currently.

The numbers reveal that Babar has the greater numbers at this stage than the Fab 4. He is the only player at this stage to average over 50 in ODIs, while Kohli averaged 46 at the start of their career. He has the most hundreds and he is level with Root for the most 50s.  When it comes to ODIs, Babar Azam has already amassed great numbers.

In Tests, Root who has the best average followed closely by Smith. Kohli is in third spot while Williamson fares the worst. So, in this regard, Babar Azam is steadily building up good numbers in Tests.

Kohli is the number one limited overs player in the world. He is ranked No.1. He has an average of 50 in all formats. Babar Azam, on the other hand, has an average of over 50 in ODIs and T20Is. Currently, after Kohli and Rohit, Babar Azam is in third place in the ICC ODI rankings.

Many have compared him with Kohli. In the 26 Tests and 74 ODIs comparison, Babar Azam is better than Kohli at this stage. However, Kohli shows his class in the contributions in SENA (South Africa, England, New Zealand and Australia) countries. Both Babar and Kohli have played 12 Tests in the SENA zone. Kohli has three hundreds in South Africa, New Zealand and Australia while Babar Azam has just one ton but that was also in Australia. However, both Kohli and Babar Azam made a mark for themselves when they scored in Australia.

Kohli, though, has an average of 40 while Babar Azam is just over 35. For Azam to truly establish himself in the Fab 5, he needs to display immense consistency away and amass runs on a consistent basis.

Smith hit over 1000 runs for four consecutive years at an average of close to 80 while Williamson, after a slow start, has been averaging over 55 for five out of the last seven calendar years. Only Root has shown a slightly downward slide in the last two years, averaging under or just over 40.

If Babar Azam can display this level of consistency in the coming years, statistics will force the Fab 4 to be converted into the Fab 5.