East Bengal have more than a month to complete their squad for the ISL season. 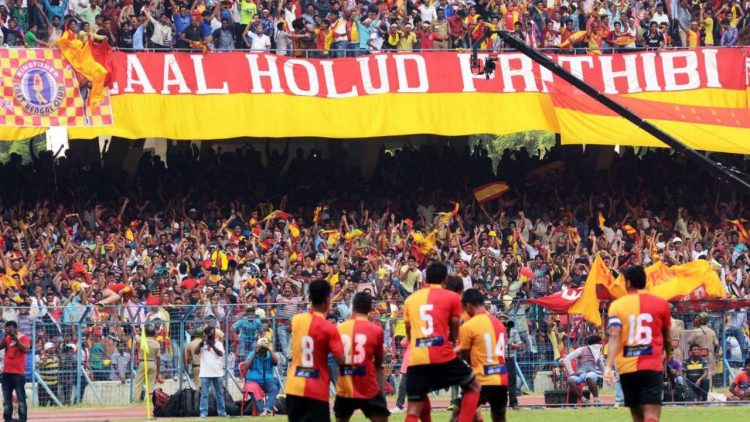 East Bengal don't have much options to choose from when it comes to Indian players.(Image Credits: Twitter)

On September 4th, the Football Sports Development Limited (FSDL) announced an Invitation to Bid (ITB) to include one more team in the 2020-21 Indian Super League season. The public notification came within 48 hours of Shree Cements acquiring East Bengal with 74% shares.

The involvement of FSDL authorities in brokering the investment is a clear indication that East Bengal will be the sole bidder in the bidding process and will enter the Indian Super League 2020-21 before September 25.

With less than three months for the seventh edition of the Indian Super League to begin, East Bengal have their task cut out to fill their roster and coaching staff in a month.

On that note, let us take a look at the top free agents in the Indian market East Bengal could target.

Indian players are need of the hour

Indians make the core of any club or franchise in Indian football. As East Bengal will start their recruitment process later than any other ISL outfit, they will be forced to sign mainly free agents. Therefore, the Red and Golds will be needed to do some intense amount of scouting.

With almost all the top Indian players already in long-term contracts with different ISL and I-League clubs, thorough scouting will play an important role in spotting players who performed well in the previous seasons but have been somehow managed to remain without clubs.

So, here are a few Indian players East Bengal could target:

Ninthoujam Pritam Singh: The Manipuri midfielder should be top of East Bengal’s wishlist for the upcoming season. Singh can play in multiple roles across the pitch, making him a versatile and valuable addition to the club.

He generally plays as a midfielder down the right-flank but has also been seen taking central and left roles. Singh can even play as a forward if required. He played 11 games for NEROCA in the 2019-20 I-League and scored four goals and provided as many assists.

Singh is close to signing for a club in the next few days but an East Bengal coup in the last moment will not be a surprise.

William Lalnunfela: East Bengal’s striking woes have played a big role in them not winning a national league title for around 18-years. Lack of proper goalscorers upfront has been a constant problem for the Red and Golds. Aizawl’s William Lalnunfela played 12 games, scored two goals and assisted once in the 2019-20 I-League.

Harmanpreet Singh: Singh has been linked with the Red and Golds for more than three months. The All India Football Federation (AIFF) is yet to take a call on releasing Singh to join East Bengal. He is a young prospect and will add great depth to the East Bengal strike force.

Ricky Shabong: The 17-year old is touted as India’s next big defensive midfielder. Shabong is also versatile as he possesses the ability to shift to other roles. East Bengal’s current central midfield options are slow, and Shabong will add pace, creativity and stability in that department.

Anas Edathodika: After retiring from the national team, Anas Edathodika has failed to grab eyeballs with his defensive displays. Anas is an experienced campaigner and his presence at the back will be instrumental in letting the East Bengal defence settle down.

Sandesh Jhingan: An obvious mention on the list, Sandesh Jhingan will be the biggest East Bengal signing in many years, if the deal goes through. The Chandigarh-born lad is easily India’s finest central defender.

Jhingan has offers from Bengaluru FC, FC Goa, Mumbai City FC, ATK Mohun Bagan and Odisha FC. The Arjuna Awardee wants to play outside India but is yet to take the call. East Bengal have also submitted a bid and will have to fight hard to get the deal done.

Youngsters such as Saviour Gama (LB/FC Goa), Leon Augustine (RM/Bengaluru FC), and Naorem Mahesh Singh (CF/Shillong Lajong) can also be brought on short or season-long loan deals as a temporary measure to increase the depth of the squad.

Tried and tested foreigners in India

East Bengal have seen Papiss Cisse and Ibrahim Affelay send their CVs to the club after the announcement of their new investors. However, the club’s foremost priority is to announce their new head coach.

With the coronavirus situation and the lack of time, East Bengal should perhaps look to sign tried and tested foreigners, who are now free agents. Here are a few options:

FSDL is set to announce the participation of East Bengal in the Indian Super League before September 25. East Bengal have no time to waste and need to start roping in players to field a competitive side in the ISL.