It’s About Time Lewis Hamilton Struck Back At Austria! But Can He?

Austrian GP should see Merc, Lewis attack hard. But the trouble will be Red Bull and Max at their home race! 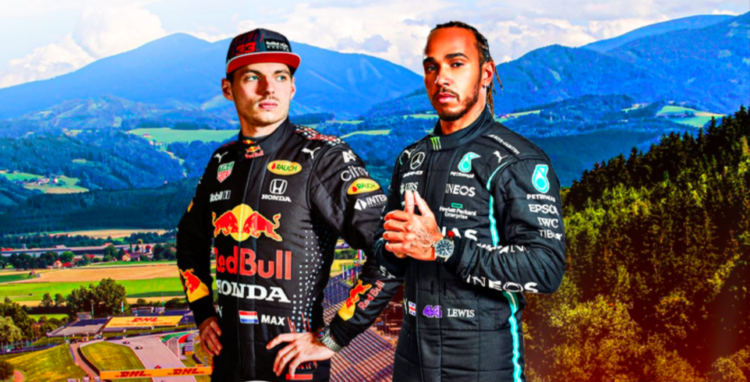 The man so accustomed to begin a Grand Prix from the very front of the grid last began a contest as the track leader as many as three races ago. The man habitual of occupying the top step of the podium earned his last Grand Prix victory three races back. For some reason, being second best, in an almost Senna-esque fashion sounds like losing a battle where it concerns Formula 1’s seven-time world champion. Lewis Hamilton- against whose name rest 100 career poles, someone who needs just one race win to hit a century of victories has just one goal in sight.

It is to win his next Grand Prix. And should all go according to plan, with Mercedes Team Principal Toto Wolff hinting at an ‘all-out attack’ come Austria, then Hamilton would become the only man in the highest annals of the world’s fastest sport to secure 100 race wins.

It would be a feat that, if executed to perfection, would be both- utterly inspirational and absolutely envy-inspiring.

But there remains a major challenge in Hamilton’s path, call it thorny and replete with a feistiness you’d find in a true adversary. His name is Max Verstappen and he’s all of 23 years of age.

In what’s fast becoming a hefty duel in the grandest slugfest of speed, it could be said, the rise of Max Verstappen in 2021- 3 wins in 6 races, including a grand slam in 2021- has been rising akin to a daunting Iceberg in the path of the Titanic fighter in Lewis Hamilton.

Will this Iceberg melt the mega voyager who leaves little to the imagination in capturing glory, or will it eventually be evaded as Hammertime will prevail in the end?

This narrative currently forms the key story of Formula 1 in 2021, a season where one hasn’t seen an out and out Mercedes dominance and a season where Red Bull, after playing catch up to the Silver Arrows especially in 2018 and 2019 seasons, have finally emerged as true adversaries.

That being told, what makes the upcoming Austrian Grand Prix, this being a double header in the majestic Styrian mountains is the fact that it’s the home race for the Milton Keynes-based Red Bull team.

Before Mercedes tasted the divine success in each of the two rounds in 2020, Hamilton and Bottas capturing a win each, the victory belonged to just one man and one alone in both 2018 and 2019 runs- Max Verstappen.

As a matter of fact, in what became one of his finest career moments, it was Verstappen’s commanding win in 2018, during which he fended off the two Ferraris of Raikkonen and Vettel that helped Red Bull notch up their maiden win in their home race.

So what we have on our hands are easily two key possibilities:

Either Lewis Hamilton, keen to put that stellar Mercedes straight line speed to good effect, will pounce hard at Red Bull to rise back as the podium topper. Or, Max Verstappen, already enjoying great form and in fine momentum, will attack further and render another blow to Mercedes.

Surely, a P2 is something that Hamilton won’t fancy. It’s not going to help his chances unless and until Verstappen either emerges with a DNF or finishes further down the grid.

Having held close battles in the past as well with the man who’s no longer some imaginary threat to a possible eighth world title, but a real title contender, picture the tyre bursting win on three wheels ahead of Verstappen at Silverstone (2020), for all intents and purposes, the 2021 Austrian Grands Prix offer a mouthwatering racing fiesta.

Interestingly the kind of race where a Ferrari and McLaren would also want to fancy their chances and rub two of the strongest frontrunners the wrong way.

All of that being said, if it’s of any help, then Lewis Hamilton would recollect that in the 2020 Austrian GP, Max Verstappen registered a DNF given an electronics failure, while in the next round, the Styrian GP, he managed a P3 while the win belonged to the great Briton!

But Formula 1 isn’t a sport where grandeur of the past helps you in any way in the current. A sport ever wired in the ‘now,’ it’s what you perform and how you do it on the race day, is what truly matters.

Both Hamilton and Verstappen would approach the Styrian hills with the realisation that the hills are alive to the sound of screeching racing engines and whoever keeps his cool and fires the opening salvo on Saturday by clinching pole will hit the right note to create the true Sound of Music in the Austrian wonderland!

It’s all to play for in the Austrian double-header. 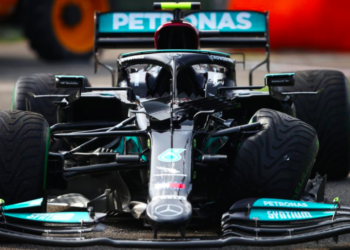 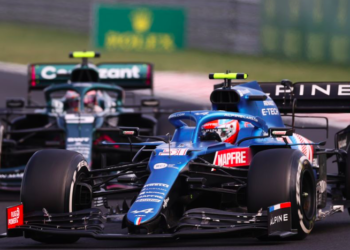