Everything you need to know about Jamshedpur FC's upcoming ISL 2020-21 campaign. 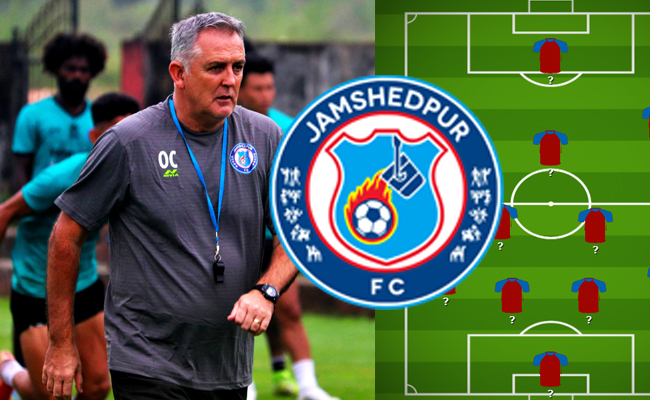 Jamshedpur FC will be desperate to make it to the ISL playoffs this season.

Indian Super League (ISL) side Jamshedpur FC have never managed to make it to the top-four in their short history. The Red Miners have always felt short of the play-off stages by the barest of margins each season.

The Tata-Steel-owned side have made some key signings in Nerijus Valskis, Jackichand Singh, Peter Hartley and Alex Lima among others to get above the tag of being a mid-table club.

They have instilled faith in former Chennaiyin FC head coach Owen Coyle, who almost scripted the historic comeback for the Marina Machans in the 2019/20 season, but fell short in the final to eventual champions ATK.

Nerijus Valskis: The ISL 2019-20 Golden Boot winner is a trusted lieutenant of Owen Coyle for obvious reasons. The Lithuanian centre-forward was one of the primary reasons behind Chennaiyin FC’s sensational comeback in the second half of last season under Coyle.

Valskis will spearhead Jamshedpur FC’s attack and will be tough to handle for the defenders of opposition teams. The 33-year-old forward scored 15 goals and provided six assists in just 17 games in ISL 2019-20, which is testament to his excellent playmaking abilities as well.

Valskis, however, would need Alex Lima and Jackichand Singh’s assistance on either wing to make the most of his finishing abilities.

Jackichand Singh: Jackichand Singh has been growing faster than several Indian footballers in recent years. Singh was one of the most important names in Sergio Lobera’s setup at FC Goa.

The Manipuri winger likes to operate from the right-wing but can also play a central role in midfield. His crossing abilities allowed the likes of Ferran Corominas and Hugo Boumous to score lots of goals for FC Goa.

Singh provided three assists and scored five goals in the previous ISL season and will be expected to do the same at Jamshedpur FC as well. He will have to combine with Nerijus Valskis upfront to find the back of the net as regularly as possible.

Peter Hartley: Peter Hartley is one of the biggest arrivals in the ISL this season. The former Motherwell captain will lead Jamshedpur FC’s defence and his aerial ability and leadership skills will be pivotal to the Red Miners’ success in set-piece situations and maintaining their defensive line.

Hartley, who will partner Stephen Eze at the back, would like to take a cue from his several stints in lower-division English football clubs and replicate the same physical and no-nonsense gameplay at Jamshedpur FC.

Owen Coyle is expected to go with his favourite formation – 4-2-3-1 – which may shift to an attacking 4-5-1 set-up as the game progresses. The team will be spearheaded by Nerijus Valskis upfront with the likes of Aitor Monroy, Amarjit Singh Peter Hartley playing key defensive roles.

Jamshedpur FC fixtures (Till Round 10)

Jamshedpur FC have a pool of young Indian talents who will be looking to perform and impress. However, the lack of experience in the Indian roster can counteract as a major disadvantage in crunch games against more successful teams.

The foreign contingent does show promise but lacks high-profile game-changers. The Red Miners may again have a disappointing campaign