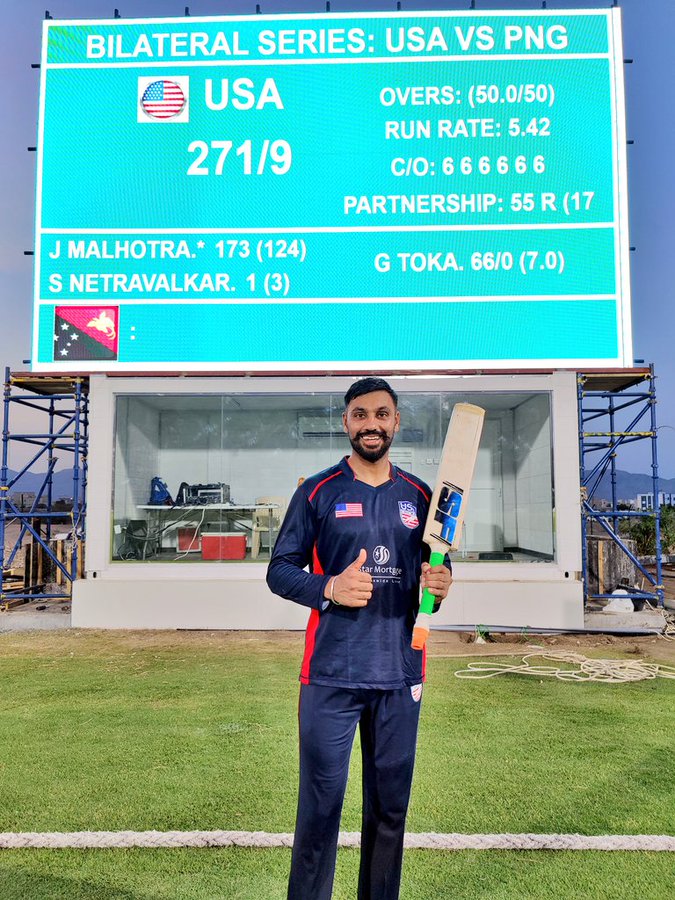 Jaskaran Malhotra is not a superstar. He doesn’t have a book authored on his exploits. There are no fan-clubs he commands on Facebook. Lad’s isn’t an Instagram celebrity yet, and most certainly, doesn’t drive a fancy sports car.

But the point is, he doesn’t need to. Needs nothing of that sort.

In a world where celebrities, and don’t forget cricketers included, leave no stone unturned, or should we say, no Facebook wall unfilled with cringy, and often self-promotional posts, the rarity of making one’s work doing the talking is taking a backseat.

Rather, the art of being subtle and understated is becoming all too obscure amid a world that runs on PR-regimented moves and often shoddily executed stunts in front of the media all for pulling in audiences.

To fill in the stadia.

And yet, there are always those occurrences in this great game of ours where talents end up doing something that takes them, often at sky rocketing pace, to the world’s attention.

Consider Jaskaran Malhotra, whose name, to anyone unaware of his vocation might suggest- he’s a Punjabi businessman who’s risen to prominence through an export business- has done just that.

Not that he’s struck a major business deal; but he’s become the real deal of USA cricket.

A cricketer, not a trader, on September 9, 2021, Jaskaran Malhotra, a 1989-born cricketer who represents America became a huge trader of sorts on the cricket field.

Operating in mega hits to the fence, during the course of a brutal assault over Papua New Guinea, Jaskaran Malhotra’s bat oozed fire and sixes and fours became his currency. One that fetched a raw deal- read ordeal- for PNG, as they are called.

But implicit in Jaskaran Malhotra’s fiery 173 unbeaten runs off just 124 deliveries, was a massive world record.

More like a privilege pass that allowed him a straight up entry into an exclusive club where some of the finest whackers of the white ball lounge.

Jaskaran Malhotra smoked six consecutive sixes during his 173 not out for USA cricket and in the process not only became the first American cricketer to do so but also became the first-ever ODI centurion for the rising Cricket force.

Undoubtedly, an achievement the 32-year-old should be proud of and without a scope of doubt, a feat he must further build on instead of taking it to his head.

Success, as they say comes to those who start early. But often, takes its own course of time.

In that regard, perhaps it makes sense to ask a pertinent question.

Who might have thought that a cricketer born in Chandigarh, who has absolutely nothing to do with Indian cricket, would find his calling far away in a land of opportunities called America: the land of the brave and the home to the free?

Now that this has happened and Jaskaran Malhotra has found himself in the record books, maybe he’d take a moment to let it all sink in before he can reflect on what to do ahead.

Though what must be said is that Jaskaran Malhotra, an ever-smiling cricketer, has had to work hard for where he is today. First picked in the USA side for the 2018-19 ICC World T Twenty World Cup qualifier tournament in Morrisville, North Carolina, the right-hander has come a long way.

He’s represented the USA in a series in the West Indies, travelled to Bermuda, played cricket in Oman and even contested against Namibia.

Though, his team’s efforts in the April 2019-bound ICC World Cricket League Division Two tournament that made it all count, both for him as well as the team itself. In qualifying fourth, the USA earned the ODI status upon finishing in the top four.

It was a moment to savour, an effort to laud.

And here he is, a cricketer of Indian heritage, batting in the United States for the Hollywood-land and crushing Papua New Guinea, all in a bid to become a globe-trotting cricketer.

In an age where the great Thomas Friedman described globalization’s impact over the planet as the world having become a dot, it helps to know a cricketer who connected the dots to own his future and has reached a stage where he’s attained prominence and is oozing confidence.