Jesse Lingard needs to leave Manchester United for his own good

Jesse Lingard has received dog's abuse from Manchester United fans and needs to move out of the club in order to save his career. 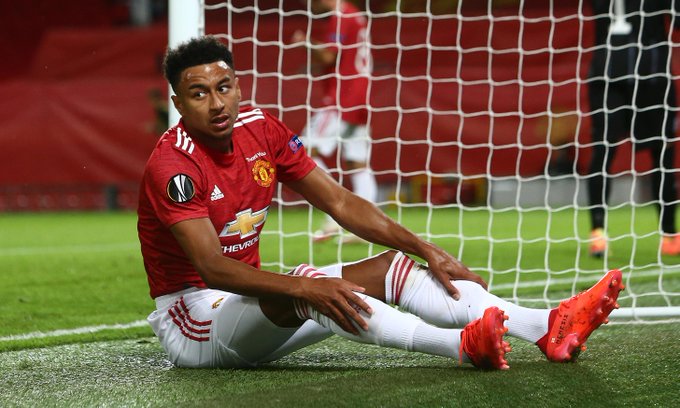 Jesse Lingard needs to cut the cord with Manchester United and find a new club for his own sake. (Image Credits: Twitter)

Jesse Lingard has lived the ultimate dream of a Manchester United fan. He came through the academy, made more than 200 first-team appearances for the club, scored a brilliant winner in an FA Cup Final, scored in a League Cup final and won a European trophy with the club.

Growing up as a supporter of the Red Devils, Lingard has done most things that a Manchester United fan can only imagine in their wildest dreams.

But why is there so much toxicity around Jesse Lingard amongst Manchester United fans? Yes, he is not the best player in the world but he is a solid footballer who has been a credit to the club’s academy system. Is it any of surprise that he is wanted at clubs in Italy and the Premier League?

Over the last two years his form has been poor, he has looked visibly short of confidence on the pitch and no, they were not because he posted a couple of stupid videos on social media.

If you believe that then you are understanding of football is pretty warped, pick another game. Modern players dancing on social media is akin to players of the older generation having five pints in a pub after a game? Why lionize the latter and deride the former? At least the social media posts are not shortening their careers.

The full extent of his personal problems have come to light in recent weeks and it might shock many but it turns out footballers are human beings and they are not immune to mental health issues despite their inflated pay packets.

Jesse Lingard has opened up about his mental health issues and how problems in his family affected his performances on the pitch.

Ultimately football is his job and none of us are immune from our personal problems having an effect on our performance in our workplace. It is not any different from footballers. They do try to live in a bubble but it is not always easy for them to remain aloof as ultimately they are humans as well.

Lingard has spoken about games passing him by in packed stadiums and the struggle he was having in focusing on his game when everything was not right at home.

I hope the Manchester United support staff helped the player through that period as the workplace could become a very lonely place when one is always trying to bottle everything and keeping up the appearance in public.

The lockdown came at the right time for him and while still not at his best, Jesse Lingard has looked better since the season restarted in June. He also netted a goal on the final day of the Premier League season.

Despite him talking about his issues off the pitch, Lingard still received heavy abuse when he posted a photo on Twitter this week. Some things never change!

However, the attacking midfielder has talked about fighting for his place in the squad and indicated that he wants to continue at the club whom he has supported all his life. But would it be the right thing for his career?

Leaving Manchester United would do Jesse Lingard a world of good

It’s pretty clear why Jesse Lingard wants to stay at Manchester United and keep fighting for a place in the team. He is a Manchester United fan and playing for the club at the highest level was always the ultimate dream.

I don’t think he has envisaged ever leaving the club and it is natural to fight against that notion.

But Jesse Lingard will soon have a decision to make that ex-Manchester United players such as Nicky Butt and Phil Neville faced a number of years back.

Neville has spoken about the agonizing decision he took to leave Manchester United and how Sir Alex Ferguson chatted with him for more than an hour, giving advice about the next step in his career.

Gary Neville admitted that watching his brother leave the club was one of his biggest disappointments. It is not surprising – the two brothers lived the ultimate dream at Old Trafford.

Lingard will also have to take that difficult decision. While he could still be a solid squad player, he is 27 and would he want to spend the next few years being in and out of his side? At this age, he should be at his peak and it would be legitimate for him to want to play week-in, week-out.

He has one of the best agents in the business – Mino Raiola – looking after his interests and if he wants a solid club to move to, the Italian is more than capable of engineering a transfer.

The 27-year-old is wanted at West Ham where he will find a nurturing manager in David Moyes. But are West Ham the right club for him? There has been too much instability at the London Stadium in recent years.

A move out of England could rejuvenate his career. Leaving England, playing in another country and experiencing a different culture might just help Jesse Lingard to get back to his best.

He has a great example in Chris Smalling to look up to. The England defender was derided, even amongst the Manchester United fans, but a move to Italy last summer worked wonders and he was genuinely loved by the Roma faithful during his loan stint. It is no surprise that Smalling wants to stay in Italy.

The decision is up to Jesse Lingard and whether he is prepared to cut the cord with the club where he has spent all his career.

For his sake, I hope he takes the right decision and moves out. He will still remain a Manchester United fan, no amount of abuse can take that away from him.