Key Talking Points From The 2021 US GP, An Intense Race Contest! 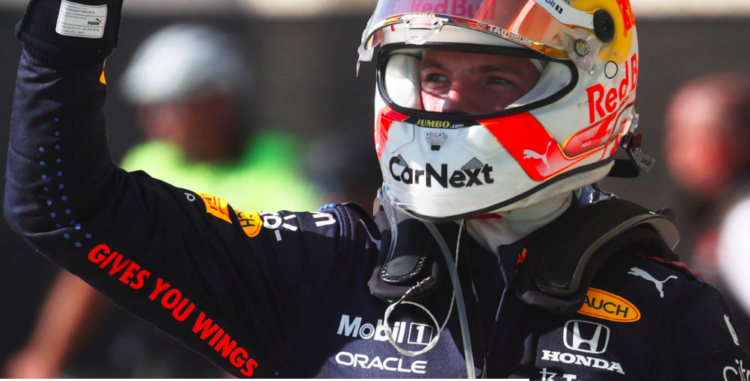 A double DNF for Alpine, a lowly race for Pierre Gasly, heartbreak for Kimi and a sudden P10 for Vettel that perhaps wasn’t on the menu, the Circuit of the Americas unfurled a truly unforgettable race as also a rather significant one in the context of the current world championship.

But which significant drives made it a favourite where the key talking points from the 2021 US GP were concerned?

Nothing Mad about Max’s gallant drive

Max Verstappen kept his head down and focused well to ace a keenly-contested 2021 US GP, which resulted in a fine maiden win for the flying Dutchman.

Someone who’s not done himself any favours for often eschewing the sportsmanship spirit in his battles with archrival Lewis Hamilton, Verstappen was in a league of his own out here in COTA.

Having lost out the race lead to the king of the grid, the manner in which the pretender to the throne bounced back was brilliant- blazingly fast, cool and collected.

Making the undercut work rather beautifully and displaying excellent tyre management, a skill that’s for long been one of Lewis’ great strengths, Verstappen essayed Maximum attack and minimum drama to win at Texas.

That’s not to forget that his team assisted the frontrunner to the 2021 world championship with really fast pit stops under pressure.

Where it stands right now, then Max, thanks to his first-ever US GP win, is out in the lead with a 12 point advantage over Sir Lewis Hamilton of Mercedes.

Can this extend to an even significant position in what’s up ahead come Mexico?

Howdy, Daniel? Kudos for finishing ahead of a Ferrari, Mercedes, and the other McLaren

Daniel Ricciardo has never won a US Grand Prix, nor has he ever been on pole on a destination he truly loves racing at. Not that he needed any of that to register a strong drive at the US GP, where the Australian finished fifth, and thus earned 10 strong points.

In doing so, the driver who believed in going flat out, kept a fighting trinity of Bottas, Sainz, and Norris (in the other McLaren) at bay.

In a sport where a podium finish or, at the very least, a fastest lap counts for much, Daniel Ricciardo, despite not getting either put his McLaren ahead of the second-fastest car on the grid.

Bottas, who finished four seconds behind the smiling Australian, never once looked in touch to supersede the Honeybadger’s McLaren.

That’s not to forget that Daniel made his mark on a hotly contested event, wherein in keeping Sainz behind, he succeeded in defying a Ferrari, which was just as fast as his McLaren.

Charles Leclerc- the lonely man out in fourth

On paper, Charles Leclerc finished the race on the very same spot from which he began. So what was so special about the Monegasque’s fourth that stood out to become one of the key talking points of the 2021 US GP?

The famous Ferrari driver, who’ll hopefully win a world title with the Scuderia some day, delivered a particularly strong race wherein he seemed absolutely out of harm’s way in that not once did he seem under pressure to be overtaken by another driver on the grid.

So far ahead of his pursuers were he that, Leclerc finished fourteen seconds ahead of Daniel Riccciardo, P5, at the checkered flag.

Making most of a clean getaway at the start, the Ferrari driver never looked hassled and collected 12 useful points driving his fast-paced SF 21. Where it stands at present, then thanks to a faultless drive, Charles Leclerc stands sixth on the grid, wherein he’s five and a half points ahead of his Ferrari teammate Sainz, the Spaniard on seventh.

A titan of the sport and someone, who never really loses the appetite for a battle, Fernando Alonso inspires and ignites awe in equal measure. Though, where his fortunes stood at the COTA, then among the key talking points from the 2021 US GP was Alonso’s disappointing race.

The 2021 US Grand Prix did look like a contest for as long as the Spaniard was involved in a hotly-contested battle with the two Alfa Romeos of Raikkonen and Giovinazzi, both of whom usurped the Alpine in the end.

But that was not before Alonso found himself challenged for grip in comparison to two cars that found much better traction and surprisingly, even better corner speed than the Alpine.

What was particularly heartbreaking from a fan-perspective, if it could be said, was that much like his teammate Esteban Ocon, Fernando Alonso too, race-retired in the end thanks to sustaining damage in his rearwing.

But was that the only thing that made the usually furiously fast driver begrudged? Lest it is forgotten, the former double world champion had begun his race from the rear of the field owing to an engine change.

What did you do, Kimi?

For the better part of the race, Kimi Raikkonen stayed true to the description that’s been anointed to him: the master of making up moves within seconds from the start of the race.

In making up three places inside the opening lap, the oldest driver on the grid seemed a young force in action.

Typical Kimi, you could say, the unflustered man driven by the innate need to exhibit speed!

But as the race progressed and Kimi’s strategy panned out to be a rather lacklustre one, Alfa Romeo deciding to keep the veteran driver out for a longer stint as has been the case for much of his season, his struggles began to show.

Raikkonen, who was up into tenth by as early as lap 10 (having started from P15), boxed for fresh rubber and from thereon had to struggle his way up into breaking once again into the points position.

Toward the closing stages of the race, having found himself on tenth yet again thanks to some effort, just when it seemed the Raikkonen of the old was resurfacing to gather a point despite driving a car that deserves to be awarded the insipid machine of the year, the 42-year-old spun out and went over the grass.

Resultantly, Vettel, his pursuer ended up on tenth as Kimi slided below to take a forgettable thirteenth in the end, finishing even behind Stroll, who never looked to match the Alfa Romeos on pure speed on the race day.

So Kimi, who was to be blamed for this performance?