Kimi Raikkonen Opens Up On The Troubles Facing Alfa Romeo 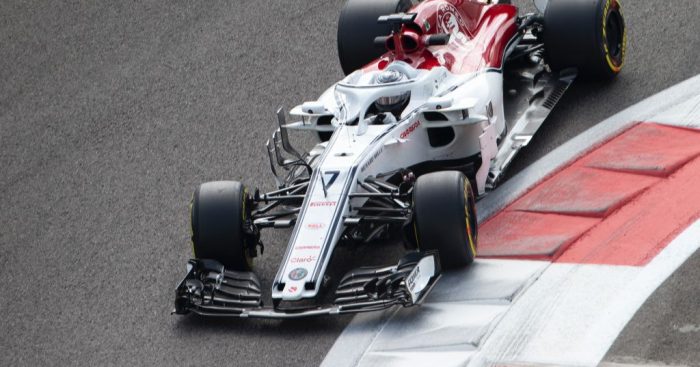 For a man whose season began with a bang, following a strong start at Australia, showing fine consistency at Bahrain and China, the 2019 season has gone from being impressive to being somewhat lackadaisical for 39-year-old Kimi Raikkonen.

Where the recent results stand, then it can be said that the Iceman has been struggling for some time. The Grands Prix battles at Spain, Monaco, and Canada revealed that the Finnish driver was grappling with a lack of grip as well as modest race pace.

Having completed a hat-trick of a non-points finish tells us that all’s not well for the experienced driver, someone with 21 wins and 103 podiums against his name.

You can truly understand the plight of Kimi Raikkonen, the most experienced driver on the grid, as he entered a fitting moment- the 300th Grand Prix of his career, at Monaco- and exited minus any points, as seen recently.

The Alfa Romeo, as a result of a fledgling Kimi, have fallen desperately short of expectations, currently struggling on ninth in the Constructor Standings.

This is both sad and truth be told, unacceptable for Frederic Vasseur’s team as all of their 13 points, thus far, came at the behest of the laconic but speedy Finn.

Kimi on the current struggles

What happens now, as round eight of the 2019 F1 season is set to undergo live in the next few hours at France? The man famously responsible for some of the wittiest and no-nonsense one-liners had the following to share on the plight of his struggling machine:

“Recently we struggled with grip and therefore we didn’t have enough speed. Some corners were fine, while in others the car felt very strange. We’re getting some new parts on the car for France so this should help us to get back to the performance we had at the beginning of the season.”

That said, the team principal for Kimi Raikkonen-driven Alfa Romeo, Frederic Vasseur also added to the context of Alfa’s troubles, stating- “As a team we need to do fewer mistakes and we need to work harder, which we have done after coming back from Canada, to get the full potential out of our car.

“At the same time there is no reason to talk ourselves down, we’re showing fighting spirit and we’ll make the most of the developments we have lined up for the next few races.”

The above told as Kimi Raikkonen returns to the track where last year he bagged a fighting third, thoughts rewind to the scene of his famous 2007 win.

It was here in France, albeit in a different race track, Magny-Cours, that Raikkonen sipped the winning taste of the French champagne in his bloodshot red overalls (for Ferrari).

But while the sublime drink would be quite afar from the icy-cool Finn, with the obvious threat of his Mercedes, Red Bull, and Ferrari rivals running in contention for victory, a realistic goal for the Alfa Romeo driver would be to return to scoring some points.

So with the new parts added to the machine, can we expect some racing again Kimi?