Latest ICC T20 Rankings: Kohli at 8th and Rahul at number three; Rohit and fast bowler Bumrah out of top-10 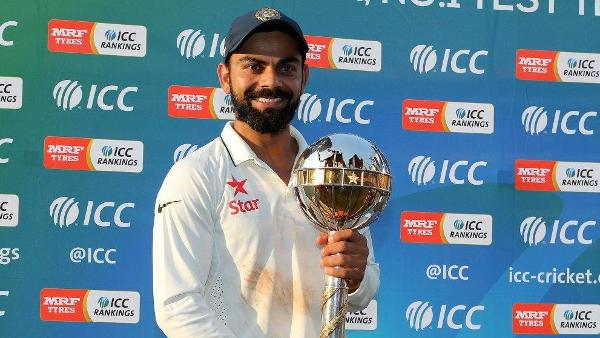 India’s fast bowlers Jasprit Bumrah and Rohit Sharma have been out of the top-10 in the latest T20 rankings of the International Cricket Council (ICC). There is no Indian bowler in the top-10 anymore. At the same time, in the rankings of batsmen, Indian captain Virat Kohli has reached 8th and Lokesh Rahul has reached number three.

The ICC released the rankings after the end of the T20 series between India and Australia. Kohli was in excellent form in the series against Australia. He scored 134 runs in 3 matches at an average of 44.66. This includes 85 runs scored by Kohli in the final T20. At the same time, Rahul scored 81 runs in 3 matches.

Australia captain Aaron Finch has lost one place. They have dropped from third to fourth place. Glenn Maxwell, who appeared in great form during the series, remains at number 7 in the list of batsmen. At the same time, Kohli overtook Hazratullah Jazai of Afghanistan to finish 8th.

Among batsmen, England’s David Malan holds the first place. At the same time, Pakistan captain Babar Azam is in second place with 871 points. India’s Rohit Sharma has dropped out of the top-10. They have currently reached number 14.

Bumrah out of top-10, Jampa gains