Leeds United and Marcelo Bielsa in the Premier League: The past is the prologue

Ahead of the Premier League season, Leeds United and Marcelo Bielsa are facing similar questions to the ones they encountered two years back. We all know what happened! 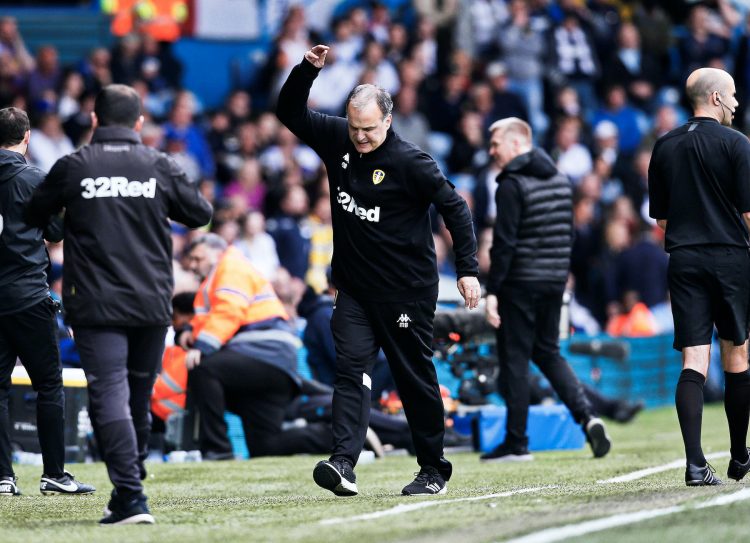 The final whistle at the then Reebok Stadium on 2nd May 2004 was the siren of death for Leeds United as their relegation from the Premier League was confirmed following a 4-1 defeat Bolton Wanderers.

Caretaker manager Eddie Gray quickly made his way into the tunnel and the likes of Alan Smith, Paul Robinson, Dominic Matteo and a young James Milner on the bench looked distraught as one of the giants of English football were just realising that they were no longer an elite club.

In the final home game of the season against Charlton Athletic, which finished 3-3, the Whites faithful chanted that they would be back. There was a sense of defiance amongst the Leeds United fans on the face of football tragedy.

But no one at Elland Road on that Saturday afternoon realised that would take a million more heartbreaks, the ignominy of dropping down to League One and years of mid-table mediocrity and 16 long years before Leeds could make their way back to the top tier of English football.

Even at the end of the 2017/18 season, no one thought that Leeds United would be back in the Premier League within two years’ time. But then at the back of Andrea Radrizzani’s car, Victor Orta presented the audacious idea of getting one of the true managerial mavericks of world football in Marcelo Bielsa to revive the fortunes of the Yorkshire giants.

And the rest as they say, is history.

The general thinking in football at the moment is that Marcelo Bielsa’s Leeds United will surprise many in the Premier League next season and will thrive on the big stage due to their style of football.

But there are a few naysayers who have mentioned the fact that Bielsa has never managed in the Premier League and the squad do not have enough players with the experience of playing in the top tier of English football.

However, we have been here before with Bielsa at Leeds. When the Whites convinced the Argentinian to arrive in Yorkshire two years back, there was excitement and trepidation in equal measures.

The former Argentina, Marseille and Atheltic Bilbao coach was a big name and not someone who was expected to land at Elland Road when the club sacked Paul Heckingbottom.

But having never managed in England and the Championship being one of the relentless leagues in the world football, there were questions raised on why the club didn’t go for a Championship-proven manager, with Marcelo Bielsa’ actions in the first few weeks also raising eyebrows.

Bielsa didn’t overhaul the squad that finished in the bottom half of the table in the previous season and decided to keep his squad small despite Leeds offering to sign more players. It was considered as a fallacy to go into a 46-game Championship season with a limited squad. But the Argentine remained adamant, and here we are two years later.

The Argentine confounded his critics and backed himself to improve the players who went from the bottom half of the league table to playoff spots in their first season and won the Championship with a ten-point margin in the following campaign.

The Argentine believes in doing his job on the training pitch and not in the transfer market. Leeds have the defensive organisation, the attacking bravery and the confidence to walk into the Premier League and have a go at the middle order of the English top flight.

Is the squad too small? Can Leeds United live with the big boys?

There are question marks whether Leeds United have the depth in their squad for the Premier League. But Marcelo Bielsa will continue to insist on having a small squad.

At the start of the window, he only wanted one centre-back and Leeds signed Robin Koch from SC Freiburg. But there are suggestions Bielsa is softening on adding one more defender to his squad. But he will not be demanding to add more and more players before next month’s deadline.

Questions remain over the lack of depth in his squad but they were the same queries when Bielsa set out in the Championship two years back with a thin squad. He wasn’t interested in having a surplus of unhappy senior players and was prepared to compliment the team with a group of Under-23s who train hard with the promise of a first-team appearance at some stage.

There were doubts about how Bielsa’s squad will fair against the top teams in the Championship and the relentless schedule of the second tier of English football. Can they outplay a team of Stoke’s quality? Can they do a job at the New York Stadium on a cold Tuesday night? Can they go to a Derby or a Nottingham Forest and get a result?

Leeds United smoked Stoke City in the first game of Marcelo Bielsa’s reign and the answer to the rest of the questions are yes: 100 games, 56 wins and the end of Leeds’ long stretch in the second and third divisions.

The Premier League is unquestionably harder and at some point in the season Leeds could find themselves hovering in and around the relegation zone.

But Bielsa will take on matches Anfield and Old Trafford like he would any other fixture. If his tactics work and pay, those matches might as well be away at Derby County or Nottingham Forest or Rotherham United.

Tactically, Leeds United haven’t changed in the last two years and there is no reason to believe that they would change in the Premier League. While they are unlikely to enjoy 64 per cent of the possession and unlike the Championship, most sides will not sit back against Leeds, they will remain lethal on the counter-attack.

Marcelo Bielsa trains them to dominate games but they proved very effective on transitions of play. Just take a look at this Jack Harrison goal against Reading!

The Premier League is a new world for Leeds and Bielsa and no one knows for sure how they will react to playing at a higher level. But it is worth remember what Bielsa said when he was told by journalists two years back that his squad were too small by EFL standards.

“Well, you know the Championship better than me.”

As it stands out, he knew better than anyone at Leeds United or in English football.