Hamilton became the only man, thus far in F1's glorious history to take 100 poles by doing so at Spain! 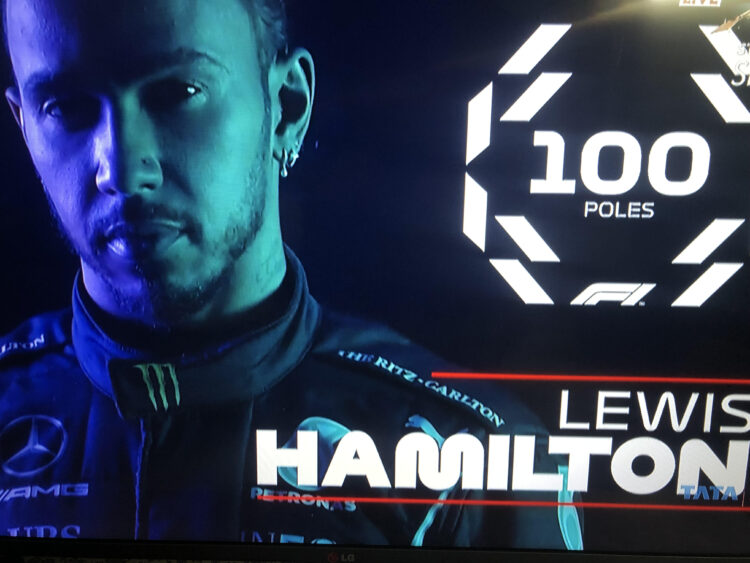 The great Ayrton Senna hasn’t done it. Nor has the majestic Michael Schumacher achieved the feat. The same can be said about a pantheon of F1’s greats including Vettel, Alonso, Fangio, Villeneuve, Jim Clark to quote some evergreen heroes.

But here at the splendid Catalunya in Spain with the sun beating down heavily on the tarmac, Lewis Hamilton became the only man in Formula 1’s checkered history in taking 100 career poles, a feat so iconic that looking at Hamilton’s mountain of poles would probably induce vertigo.

A cracker of an achievement for Lewis Hamilton

In once again exerting Mercedes’ unchallenged authority at a track where they simply haven’t allowed anyone to take pole from 2017, Lewis Hamilton conquered wavering track temperatures and demonstrated excellent pace and tyre management to set a belter of a lap at 1:16:741.

In doing so, he ensured that his strongest adversary to the 2021 World Championship Max Verstappen, remained three one thousands of a second behind, although not a bad position to start the Spanish caravan for the Red Bull driver.

Meanwhile, Lewis’ teammate, Valtteri Bottas, who was last here on pole in the 2019 edition, took a fighting third to ensure the two Mercedes’ sandwich the Red Bull.

Down in fourth was Ferrari’s Charles Leclerc who put an excellent and flying lap going at 1:17:510, which meant that the 2021 Spanish Grand Prix is going to the the fourth time that Leclerc begins a race from P4.

Furthermore, one of the most undersung drivers of the season as seen thus far, Frenchman Esteban Ocon set a cracker of a lap time to claim fifth (1:17:580) dissecting the two Ferraris with Sainz down in P6.

Although, it must be duly noted that the growing Spanish driver had, until Leclerc emerged with his flying lap in the final Q3 run, been the faster of the two Ferrari drivers.

Seventh place went to Daniel Riccardo who once again beat his McLaren teammate in the qualifying battle. What fans have seen so far where it comes to the intra-team rivalry at the iconic F1 stable is that Riccardo tops the Saturdays while the race-days have so far certainly belonged to Norris, who at Spain’s quail took ninth.

In eighth was the other Red Bull of Sergio Perez, spinning out for once and visiting the unfriendly gravel in the final qualifying session, certainly not what his masters at the Milton Keynes-based outfit would’ve expected.

On tenth was local hero Spanish driver Fernando Alonso in the other Alpine put his best effort as he returned to the track where he last drove an F1 car in 2018, scoring a valiant P8.

What happened in Q2?

Setting early pace in Q2 was Max Verstappen who had topped the time charts with blazing speed on his softer compounds with Bottas in second and Hamilton down on Max by just seven tenths of a second.

Meanwhile, those who found the topsy turvy 2.9-mile track a bit too daunting to set incredible lap times were the likes of Aston Martin’s Lance Stroll, Alpha Tauri’s Pierre Gasly who missed out on progressing into Q3 for the very first time this season, followed by Sebastian Vettel who hadn’t looked so horribly out of pace to be frank with Giovinazzi and George Russell making for the best of the last five in fifteenth.

But it didn’t mean that Q2 didn’t highlight any problems for the likes of Alpine’s Esteban Ocon who much before taking a very handy P5 eventually encountered horrible understeering troubles, which one saw he eventually got under control.

One of the drivers who had demonstrated respectable pace during P3, prior to the start of the qualifying battle was Alfa Romeo’s Kimi Raikkonen, who even after three races hasn’t opened his account.

But in P3, scoring a fine P9 meant that the Iceman was certain for a show in the main quali battle, something which never really happened as he took a lowly seventeenth on the grid at the very track where last year he had managed to move into Q2 (then for the very-first time in 2020 season).

Raikkonen trailed a very disappointed Yuki Tsunoda-the rookie driver stacked on P16- on P17 as Schumacher, Latifi and Mazepin made for the final three, taking eighteenth, nineteenth and twentieth at the 2021 Spanish GP qualifying.

But the huge question and probably the most vital one for Sunday’s race would be whether Lewis Hamilton can solider on and gather a sixth win at the track where Mercedes are yet to be outclassed in well over half a decade?

Will Max wait for an opening and make an early move? Will he be able to keep Bottas at bay and more than anything else- how many drivers will be able to tackle the challenging Turn 9, rightly dubbed the blind corner?

Can Hamilton lead the way then to keep up the momentum in his title fight with Max this season by winning at Spain again? Lights out and away we go. 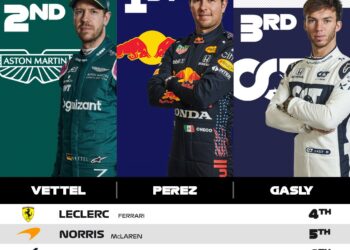