Lionel Messi and the burden of being an unhappy legend

Lionel Messi’s messy situation regarding the release clause in his contract with Barcelona has demonstrated that even legends cannot have things their way most of the times. 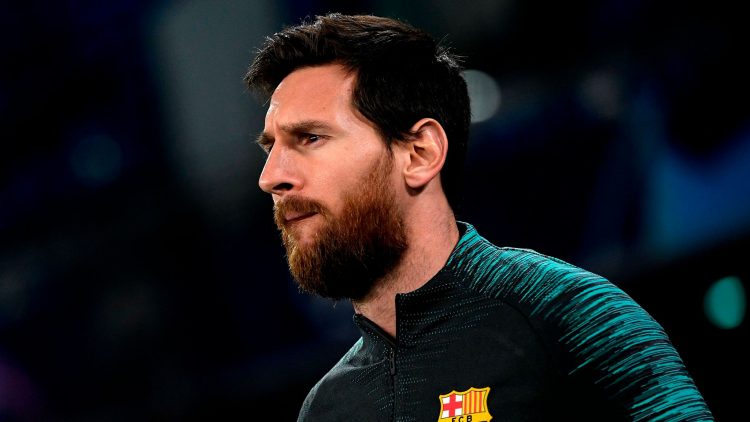 Lionel Messi will remain at Barcelona for at least one more season. (Image Credits: Twitter)

A total of 34 titles. Yes, read it again, 34 titles in over a 15-year career at Barcelona. His exploits have also resulted in him winning six Ballon D’Or trophies, the pinnacle of individual honour in football.

Yet, Lionel Messi’s latest saga has made every football fan sad. Arguably the greatest footballer the world has ever seen has just endured a ‘messy’ situation with his childhood club. The man who has made Barcelona the fan-favorite for billions and whose football has transcended different levels, has just had a bitter dispute with the club’s board.

Messi was heartbroken by the 8-2 drubbing in the Champions League quarter-final clash against Bayern Munich in Lisbon. He had previously been shattered by the stunning reversal at Anfield in the same competition in 2018-19. And now, with the coronavirus casting a pall of gloom and Barcelona enduring a trophy-less campaign, it does not make for a good reading.

In a recent interview, Lionel Messi said he had been contemplating leaving the Camp Nou for some time. Anfield and Lisbon were the sure signs that his time was up at the club. Yet, he will ‘reluctantly’ trudge on for one more year at Barcelona, a club he joined at the age of 13 and signed his first contract on a paper napkin.

Lionel Messi didn’t mince his words while stating that the current Barcelona board under Josep Bartomeu has been an unprecedented disaster. The mudslinging that followed – meetings after meetings between Messi and the board, attended by his father Jorge, have polarized the Barcelona fans.

The key factor boiled down to the €700 million conundrum. When Lionel Messi signed a new deal, which would run until 2021, in 2017, the contract had a buyout clause or release clause. The clause which was inserted by his legal team allowed the player to terminate the deal unilaterally – thus allowing Messi to leave for free before the season ends. At that time, his buyout clause was €300 million.

However, two major events in 2017 and 2020 changed the landscape dramatically. Neymar’s acquisition by Paris Saint-Germain made headlines all over the world, primarily because PSG paid Barcelona €222 million to secure the Brazilian’s services.

By the time 2020 arrived, Messi’s buyout clause had swelled to €700 million. In 2020, the coronavirus pandemic threw the entire footballing schedule in disarray. The season should have ended in June but due to the pandemic, the season was extended till August.

Following the disaster of losing the La Liga title to arch-rivals Real Madrid and getting drubbed 8-2 by Bayern Munich in the Champions League, Lionel Messi decided to activate his clause.

However, the Barcelona board came to a conclusion that they could not accept it. The reason? Messi had not informed the club before June 10 – the end-of-season date as per their version of the stipulations.

However, Lionel Messi’s legal team argued that the board’s argument had no standing because the season was extended till August due to the coronavirus.

But if the company demands more money for wanting to leave, the employee has no option but to reluctantly serve out his contract. For Lionel Messi, he earns €185 million per year. Even for him, dishing out €700 million is massive. This is what is happening with Messi.

His family suffered emotionally from him wanting to leave Barcelona. His children did not want to leave. Lionel Messi is reluctantly staying at Barcelona for at least one more season. But the background of it is very sad. It should not happen to anybody. It is a shame that it has happened with Lionel Messi.

Also Read: Will next season be Lionel Messi’s ‘Last Dance’ at Barcelona?