Lionel Messi stays at Barcelona but what’s next?

Lionel Messi has reluctantly backed out his decision to leave Barcelona and will see out the final year of his contract at the Nou Camp. 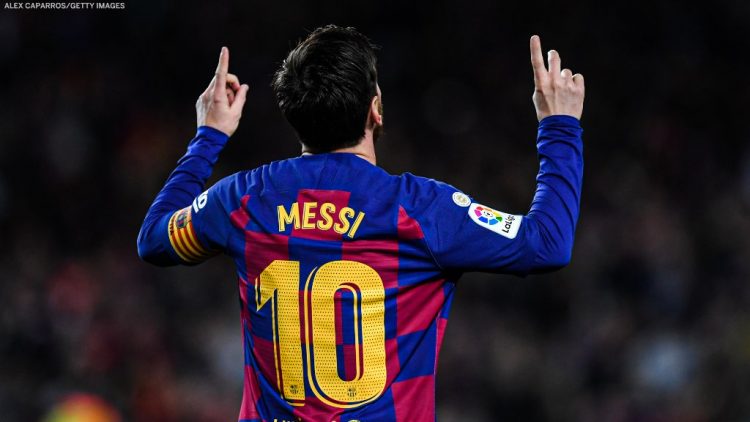 Lionel Messi is set to stay at Barcelona for at least one more season. (Image Credits: Twitter)

It could have been the biggest news of the transfer window but it is now threatening to fizzle out. Lionel Messi’s love-hate relationship with Barcelona is set to continue for one more season, at least, and there goes Manchester City’s hopes of making their most audacious transfer manoeuvre.

Messi dropped a bombshell on Barcelona last month when he informed the club that he wants to leave the club on a free transfer this summer.

The Catalan giants dug their heels in and insisted that he could only leave if a club pay his €700m release clause. They stressed that they are on a strong legal footing and won’t be negotiating a transfer fee with any other club.

Reports emerged from Argentina that Manchester City were in talks with Lionel Messi and were prepared to meet his wage demands of €1m per week. But noises from Barcelona continued to remain firm and positive towards keeping Messi at the club for the final year of his contract.

His father Jorge Messi flew down to Catalonia earlier this week and met Barcelona president Josep Maria Bartomeu and the club supremo made their stance clear to his father as well – your son won’t be going anywhere without getting his release clause triggered.

It finally emerged that Lionel Messi has reluctantly decided to back off and will stay at the club for at least the final year of his contract.

Why is Lionel Messi set to stay at Barcelona?

It all comes down to money. If there were a club who were prepared to pay €700m for Lionel Messi, he would have left Barcelona this summer in a heartbeat. But no club can do that and hence the saga hinged on the legal interpretation of the contract.

There is no love lost between the club’s present board and Messi and the player made it feelings clear when he said:

“I wasn’t happy and I wanted to leave. I have not been allowed this in any way and I will stay at the club so as not get into a legal dispute. The management of the club led by Bartomeu is a disaster.”

Lionel Messi felt that he could have left the La Liga club on a free transfer due to a clause that stated that he would have to inform the club at the end of the season.

The Argentine felt that since the season was extended into August, the date should have also shifted. But Barcelona continued to insist that since 10th June was the date mentioned in the contract, they were well within their right to deny Messi’s request.

If he had still pushed, the dispute would have landed in the Spanish courts and the laws were on the side of Barcelona as the wording of the contract would have taken precedence over different interpretations.

The 33-year-old could have taken Barcelona to FIFA or the Court of Arbitration for Sports to sort out the mess. But it would have meant that the situation would have dragged on and he would have likely been barred from playing until the issue was resolved.

Lionel Messi was never likely to take things that far to leave Barcelona and the Catalan giants knew it. The Argentine tried to play a high stakes game of poker with the club and they called his bluff.

The maestro will stay for one more season at least, while Barcelona try to sort out their relationship with the player and his camp over the next year.

What happens next for Lionel Messi and Barcelona?

It is clear that Lionel Messi is genuinely unhappy with things behind the scenes at Barcelona and was genuinely prepared to leave the club this in the ongoing transfer window. But things have not panned out of the way he would have wanted to and he has reluctantly decided to stay at the Nou Camp for one more season.

He didn’t want to face Barcelona in a court with no guarantees that he would have won the dispute. Messi was keen to leave and his decision to stay is more out of necessity than any real willingness to spend one last year at Barcelona.

The challenge now lies on mending the relationship between the club and their best player so that Messi can perform at his best next season. Ronald Koeman is likely to welcome him back in the squad and he has enough bank of credit with the fans as well.

Anyway, the Barcelona fanbase sided with the player in the whole saga and blamed club president Josep Maria Bartomeu for the mess.

Messi is not a fan of Bartomeu and whether that relationship can ever recover is very debatable. It remains to be seen whether the saga has created enough pressure for the club president to resign.

For the moment, Lionel Messi seems far away from agreeing to sign a new contract with Barcelona. But one season is a long time in football and a change at the top and a more amicable president could still convince the player to lead a fresh project under new management.

Lionel Messi still has a deep love for the club and presidential candidate Victor Font has already promised that he would bring back club legend Xavi to lead the sporting project at Barcelona if he becomes the next president.

Could the potential arrival of a friend and former team-mate in Xavi convince the player to commit staying at Barcelona for the rest of his career? It is a real possibility.

Also Read: 5 reasons why Lionel Messi is right to want to leave Barcelona