Liverpool made it two wins in two, following their 2-0 triumph over Chelsea on Sunday evening. 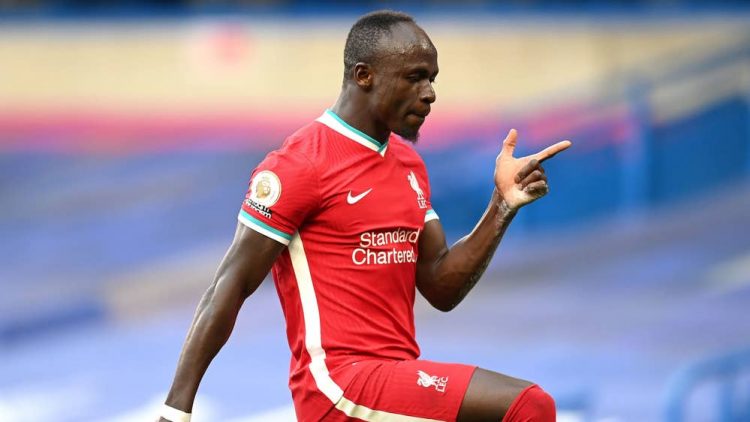 Allow me to throw a statistic at you! In the last seven games between Liverpool and Chelsea across all competitions, dating back to September 2018, Liverpool have won five, drawn one and lost one.

Seasons have changed, but the Reds’ domination hasn’t. Yes, let that sink in!

Such has been the supremacy of the Reds over the Blues which continued with the onset of the new season when an inspired Liverpool beat a 10-man Chelsea 2-0 at Stamford Bridge thanks to a brace from the Senegalese superstar, Sadio Mane.

So, let’s dig into how the Reds played a game par excellence to bring a renewed sense of enthusiasm in every Kopite, albeit a not so inspiring performance to begin the season against Leeds United.

A measured first half

The first half was nestled in a good mid-field performance for both the teams, with not much to differentiate between them.

Liverpool had their first chance when the Chelsea keeper Kepa Arrizabalaga committed to the far corner and Roberto Firmino had a good opportunity to score, before the Danish defender Andreas Christensen made the save.

Up next, Chelsea’s new man Timo Werner, the German striker almost came to the party, when he created a chance, eventually bottling it wide of the Reds goalkeeper Alison.

Just before the curtains were about to draw on the first half, a foul by Andreas Christensen on Sadio Mane, when the latter had a clear opportunity to score, saw him being sent off with referee Paul Tierney reviewing the decision on the pitchside monitor to change the card from yellow to red, thereby reducing Chelsea to 10 men.

Truth be told, this was a dent for Chelsea heading into the changing room and the much-needed boost for Liverpool after a measured first half display at best.

Mane weaves his magic in the second half

Jurgen Klopp made an immediate change at the outset of the second half giving the much hyped, Thiago Alacantara, one of the best midfielders in the world and Liverpool’s long awaited signing from Bayern Munich, his first taste of English football and the impact was immediate.

Thiago’s presence on the field was enough to inspire the Reds when four minutes into the start of the second half, Mane headed Roberto Firmino’s cross into the Chelsea net following a clever coordinated interplay between Salah and Firmino leading up to the goal.

The strike truly showed why Liverpool are champions, with a sumptuous build-up even to be admired by a neutral.

Chelsea’s confidence dented further when their keeper Kepa made a schoolboy error to literally gift the ball to Mane for his second in an attempt to clear.

53 minutes in and Chelsea were two down.

A magnanimous effort was required for the Blues to mount a comeback which could have been possible, had their Italian midfielder Jorginho scored from the spot, but the Reds Brazilian wall, Alison was more than alert in making a good save.

Thankfully, we witnessed a much-improved defensive display from Liverpool albeit the shoddy outing in the first game against Leeds.

What’s more, the Reds continued to mount attacks despite being two to the good with further efforts from Mane and Salah.

To top that up, the aggressive and heavy metal brand of football that we have been so accustomed to see with the Reds was all on display with Thiago completing 75 passes, when he came on the pitch in the second half which was more than what any Chelsea player managed throughout the game.

If we were to give an honest assessment, in my humble opinion, it seemed Jurgen Klopp had given Liverpool the leeway to find their feet in the first game against Leeds United, where we saw some defensive errors which could have been the result of rust and cobwebs owing to the start of the new season.

Despite the sub-par defensive display, the Reds extracted a victory from their first outing, thanks to a herculean hat-trick effort from Mo Salah.

And when it came to Chelsea, the Reds improved by leaps and bounds, as the champions we know them to be, which for me should be attributed to the genius of their German manager who believes in striking while the iron is hot.

Two wins from two games and the Gunners up next.

Will the Reds keep soaring? My fellow Kopites and me would surely think so!