Both Liverpool and Arsenal have the opportunity to make it three wins out of three in the Premier League when they take on each other on Monday night. 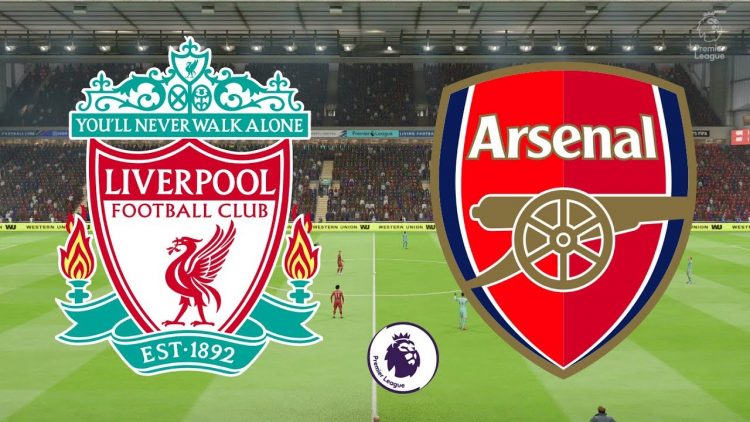 Liverpool will host Arsenal in a much-anticipated game which will break the 100% record of both or either team in the Premier League. Arsenal have looked promising and disciplined under Mikel Arteta, who wants to bring the glory days back at the club.

On the other hand, Liverpool have been the team to beat for more than a season now. The defending champions will go into the fixture as favourites, with the Reds not losing a single Premier League game at Anfield since April 2017.

Monday’s fixture will be the first of the two consecutive games between Liverpool and Arsenal. The two teams will meet again on Thursday in the League Cup.

Both teams come into the game on the back of an impressive run of results. Arsenal began their Premier League campaign with a 3-0 win away at Fulham and notched up a second win in the league as they cruised past West Ham 2-1 at the Emirates.

Liverpool started shakily in the new league season as they avoided a major scare to edge out newly-promoted Marcelo Bielsa’s Leeds United 4-3. The defending champions then stamped their authority in a tough away fixture at Stamford Bridge and registered a comfortable 0-2 win against Chelsea.

In the League Cup, Arsenal defeated Leicester City 0-2, while Liverpool thrashed League One side Lincoln City with a 7-2 scoreline.

The Reds and the Gunners have a long and historic rivalry. Both sides have been almost at par with each other when it comes to head-to-head encounters. The first-ever game between the two sides was won by Liverpool 0-5 in 1893 in a League Division Two fixture.

Since then, the Merseyside giants have won on 89 occasions, while the north London outfit have won 80 games, with 61 fixtures ending as draws.

The two teams last met in the 2020 Community Shield, with the Gunners winning the contest at Wembley 5-4 on penalties after the scores were levelled at 1-1 at the end of regulation time.

Liverpool will be without their captain Jordan Henderson after the Englishman failed to recover from the injury he sustained against Chelsea. This could allow summer signing Thiago Alcantara to make his first start for his new employers.

Joel Matip and Alex Oxlade-Chamberlain are ruled out of the fixture due to their long-term injuries and are not expected to return any time soon.

Despite several injury problems, Mikel Arteta’s side are expected to see the return of Kieran Tierny. He is expected to replace Sead Kolasinac in the defence.

Sokratis Papastathopoulos is set to sit out the game as he is reportedly not match-fit yet. Cedric Soares, Shkodran Mustafi, Gabriel Martinelli, Calum Chambers, Pablo Mari and Emile Smith Rowe will watch from the stands due to long-term injuries.

Liverpool vs Arsenal: Where to watch

Fans in the Indian subcontinent can watch the game on Star Sports Select 1 and Select HD 1. Disney+Hotstar will stream the game.

Arsenal have been in inspired form after winning their last few Premier League games against the likes of Manchester City, Manchester United and Liverpool in recent months. Although Liverpool have looked a bit patchy at times this season, they have managed to get the job done.

The game at Anfield promises to showcase lots of goals and we expect Liverpool to come out victorious.