Can Marcelo Bielsa's Leeds United start their Premier League journey with an inspiring display against Liverpool? 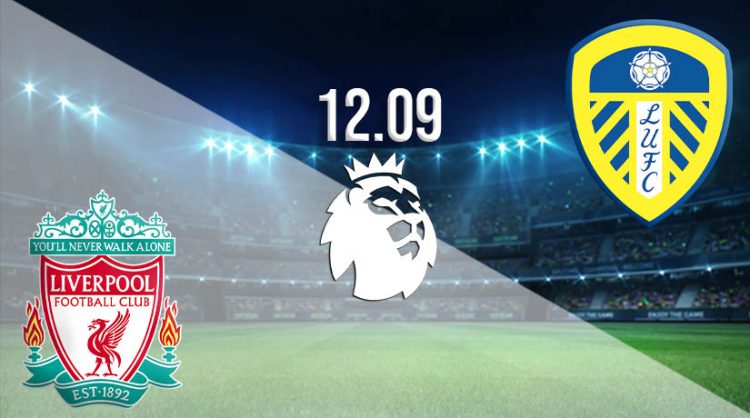 Liverpool will begin their Premier League title defence with a tricky home game against Leeds United on Saturday. The Reds will hope to defend their league title which came after a 30-year-long wait.

The Yorkshire giants, on the other hand, will feature in the Premier League after 16 years. With such historical numbers on display, the game is an eagerly awaited one.

Liverpool have been relatively quiet in the transfer market, bringing in only Kostas Tsimikas as a back-up to Andy Robertson. However, the arrival of Thiago from Bayern Munich is highly anticipated.

The Reds’ opponents, Leeds United were in phenomenal form in the Championship last season and will be looking forward to continuing the same in the Premier League.

Marcelo Bielsa’s side have been busier in the transfer market, snapping up Spanish forward Rodrigo Moreno from Valencia on a club-record fee. German defender Robin Koch is another impressive addition to their roster.

The Reds ended their 2019/20 campaign with a 3-1 win at Newcastle and have had a mixed-bag of a pre-season campaign. They started with a 3-0 win over Stuttgart at Anfield and drew 2-2 at Salzburg. Liverpool then lost the Community Shield to Arsenal on penalties before blowing away Blackpool 7-2 in their final pre-season game at home.

On the other hand, Marcelo Bielsa’s side have played just a single pre-season game and lost 0-3 to Stoke City. The Peacocks have been focusing on training sessions and practice matches within the club. They finished the 2019/20 season on a high in the Championship with wins over Swansea, Barnsley, Derby and Charlton.

Liverpool and Leeds United faced each other for the first time in a League Division One game back in 1924, with the Reds winning the contest 1-0. Since then, Liverpool have won 58 games against Leeds, while the Whites managed 28 wins, with 30 games ending in draws.

The last time the two teams met, the Reds comfortably won 2-0 in a League Cup game at Anfield in 2016, courtesy of goals from Divock Origi and Ben Woodburn. Leeds have not won against Liverpool since 2001.

Liverpool have a depleted side at their disposal, with skipper Jordan Henderson expected to sit out of the game due to a knee injury. The English midfielder was expected to feature against Leeds, but he has not fully recovered yet.

Alex Oxlade-Chamberlain will also miss the game with a knee injury, which he suffered during pre-season in Austria. Xherdan Shaqiri is also unavailable for the league opener due to an injury. New signing Kostas Tsimikas tested positive for coronavirus during his international duty with Greece and has been ruled out of the Liverpool squad.

Marcelo Bielsa will have a nearly full-strength Leeds United side at his disposal. The only player who will miss Saturday’s game is Adam Forshaw, who is recovering from a hip injury.

Liverpool vs Leeds United: Where to watch

The game will be telecasted on Sky Sports Main Event and Sky Sports Premier League in England and the UK. The game can be streamed on SkySports.com and the Sky Sports App.

Fans in the Indian sub-continent can watch the game on Star Sports Select 1 and stream the game on Disney+ Hostar Premium.

Leeds United is expected to put up an inspiring performance in their first-ever Premier League fixture since the 2003-04 season. Marcelo Bielsa’s side are known for pressing the opponents and working hard on the pitch.

Leeds have a direct approach to games which may cause some problems for Jurgen Klopp’s Liverpool. However, given the quality of the Reds’ playing XI, they should comfortably win the game at Anfield.

Also Read: 5 famous players to play for both Leeds United and Liverpool