A Look At Mumbai Indians’ Road To The IPL 2019 Final 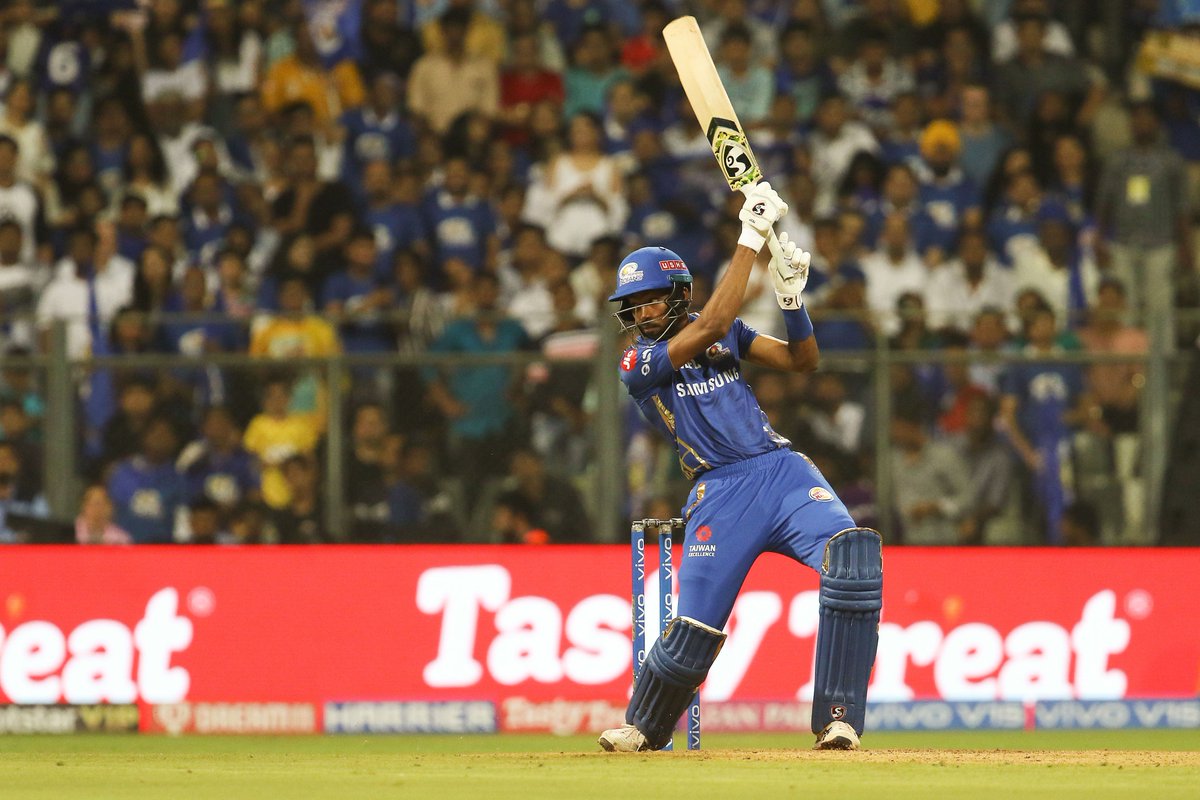 The three-time IPL winners have already booked their berth in the final of the 12th edition of the T20 tourney. The Rohit Sharma-led side will be looking to get hold of the trophy for a record fourth time on May 12.

The side has won IPL titles in 2013, 2015 and 2017. They have also qualified for the playoffs on four occasions that includes a second-place finish in 2010. Mumbai have a win percentage of 57.29 in the tourney.

Having said that, MI have peaked in a crucial phase and it will take something monumental from the opposition to stop them. Having tasted success in IPL finals, they know how to get the job done.

This season it has been a fascinating ride for the side, who have dominated the game well in certain games. It’s the bowling that has given them the authority to go all out and dictate the show.

The batting though has fared well in bits and parts. But in the last two matches, the lower middle order wasn’t required to take them home. This is a positive spell for the side.

For many reasons, it will be another season to look back and smile for Rohit & Co. They have hit the right chords. Here we look at Mumbai Indians’ road to the IPL 2019 final. 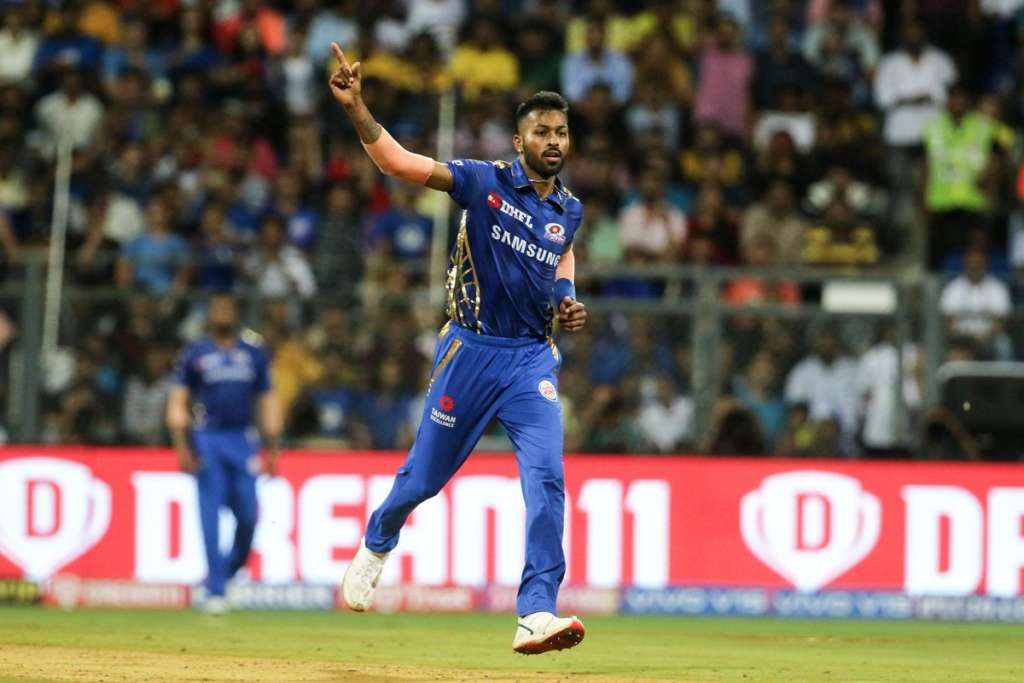 MI is known as slow starters in the IPL and they often take time to settle down as a team. But once they find the flair, the magic starts to roll. This season we saw MI be beaten comprehensively by Delhi Capitals in their opening game at the Wankhede.

Rohit and his team lost the encounter by 37 runs after DC posted a commendable 213. A big moment that turned out to be decisive for MI was their controversial six-run win over the Royal Challengers Bangalore.

The brilliant affair got marred by an umpiring error off the final ball, in which Lasith Malinga stepped the line and the umpire didn’t notice. MI won the tie by six runs.

Post the match, both Virat Kohli and Rohit lashed out at the umpiring standards in the tourney.

In the third encounter, Kings XI Punjab handed them another defeat after the northern outfit sealed a comfortable eight-wicket win. KL Rahul’s unbeaten 71 saw MI pick just two points from the first three games. It could have well been zero.

MI tend to pick up pace towards the back half of the tournament, but this time they picked up crucial points in rather the middle stage.

The side picked up key momentum and went on a roll. After an indifferent first three games, they registered a couple of comprehensive wins, including the one against Chennai Super Kings at the Chepauk. MI bowled well to win by 37 runs.

Against Sunrisers Hyderabad next, the side was under the mat after a poor batting display. But debutant Alzarri Joseph stooped out with the best IPL match figures of 6/12 to crush the Orange Army. That helped MI to gain significantly in terms of confidence and belief.

And post that it was a third win in a row after a nervy last-ball three-wicket win against KXIP in their return fixture.

West Indian powerhouse Kieron Pollard had a few quiet games, but powered the side with a solid knock of 83 from just 31 balls. MI chased a target of 198 and made sure they emerged triumphant after being made to dig deep.

These victories gave the side a crucial tally of points. Also, it was the individual brilliance of players to dish out match-winning performances.

MI lose to RR twice in a short span of time 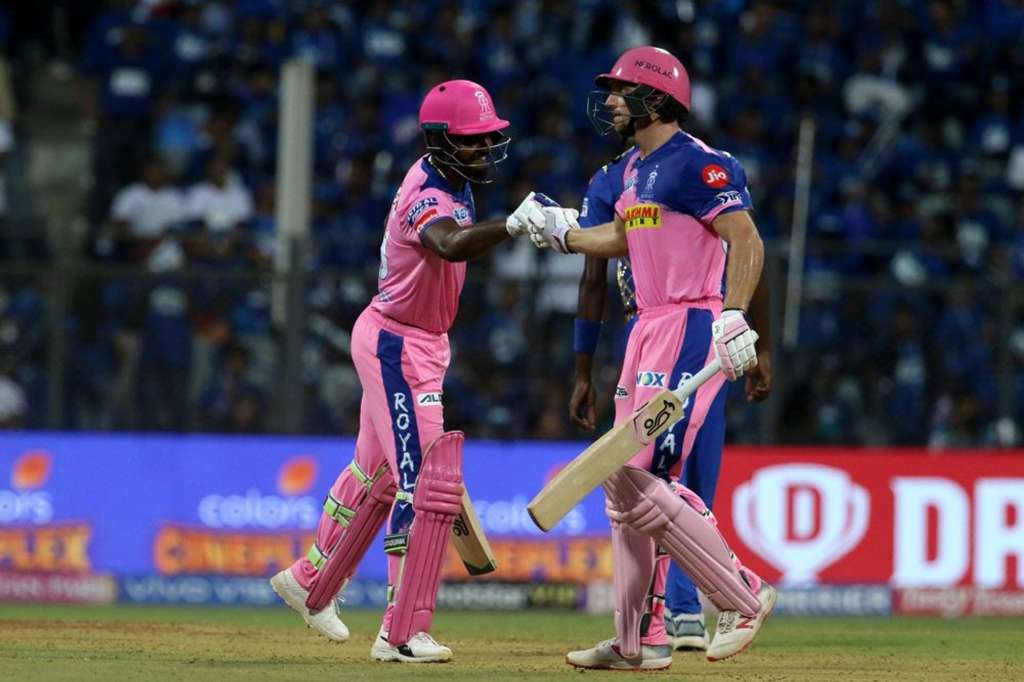 MI’s biggest worry in IPL 2019 was against Rajasthan Royals, who beat them twice in a space of one week. Interestingly, both those losses came in the final over.

In their first meeting of the season, MI failed to defend 187 as Jos Buttler’s 89 set up the game for RR. The second encounter was when RR decided to change captains and it went on to also change their fortunes.

Steve Smith led from the front with a sublime fifty while 17-year-old sensation Riyan Parag played a useful hand, as well as RR, surpassed a target of 162.

These two losses kept things in the balance, as the other teams continued to struggle for momentum, besides CSK and DC. In between these two losses, MI did beat RCB with five wickets to spare.

They had also beaten DC at the Kotla by 40 runs after heroics from Pandya brothers Hardik and Krunal.

After ten matches, MI had picked up six wins. They were close to qualification.

In the next four games, there were plenty of drama in store for MI. They outsmarted CSK once again at the Wankhede and bowled well to hurt MS Dhoni’s men. This helped them requiring just one more win to make it to the playoffs.

Against KKR at the Eden, Andre Russell’s heroics saw MI miss out in a run feast. MI’s biggest gain was the form of Hardik Pandya, who slammed a whirlwind 93.

Then there was the biggest win perhaps this season. In a crunch game against SRH, after opting to bat first, MI mustered 162 and the score looked certainly under par. However, the Mumbai bowlers upped their game after being in a spot of bother early on.

MI looked on course for a win, before Manish Pandey took the game into a Super Over after smashing a six from the final ball of the innings.. MI displayed great composure and held their nerve in the Super Over and booked their place in the playoffs.

The final game was a matter of helping them finish in the top two. And MI left no stones unturned as they rollicked KKR to finish toppers in the group stage. Interestingly, Rohit found his touch in this one-sided game. The bowlers too were terrific and maintained the consistency. 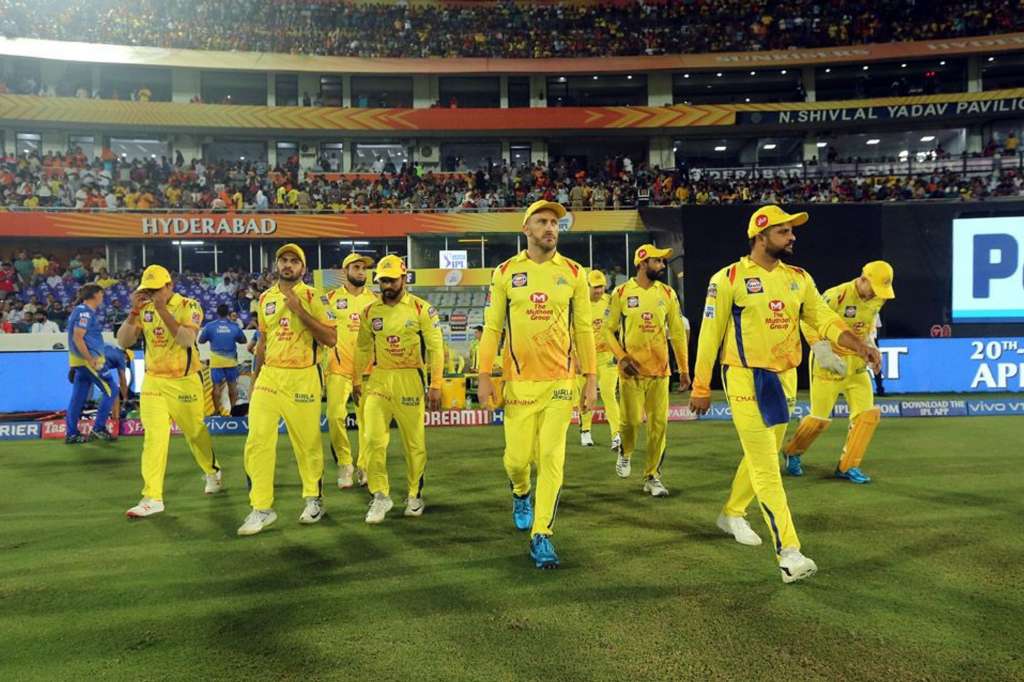 Before this season started, MI had a slight edge over CSK in the head-to-head record (MI – 13 wins, CSK – 11 wins). But now MI have gained a solid impetus over the defenders and lead 16-11. After two convincing wins in the group stage, MI were to meet CSK in Qualifier 1 of the IPL.

CSK did have an advantage of playing at the Chepauk, but they were nowhere near to their strengths in the first Qualifier. CSK fell short yet again as MI capped a brilliant win. They restricted CSK to 131/4 in 20 overs and then chased down the target by six wickets with nine balls to spare.

Beating Chennai twice at the Chepauk was superb stuff from Rohit’s side. One rarely sees a team beat CSK twice in a season, but MI have done it thrice this year. If CSK does manage to reach the final, then MI have a chance to give CSK a taste of their own medicine.

The southern giants had trounced SRH four out of four times last year to lift the title. MI have the opportunity to do the same in IPL 2019.

The star performers for MI this season have been their trio of bowlers in the form of Jasprit Bumrah, Lasith Malinga and Pandya. The three have accounted for 46 IPL wickets so far. In batting, Rohit has found some form. The likes of Suryakumar Yadav, Quinton de Kock and Pandya have batted well. There is every reason to believe that MI will go the distance.