Which five players could be the difference makers as Lyon take on Bayern Munich in the second Champions League semi-final on Wednesday night. 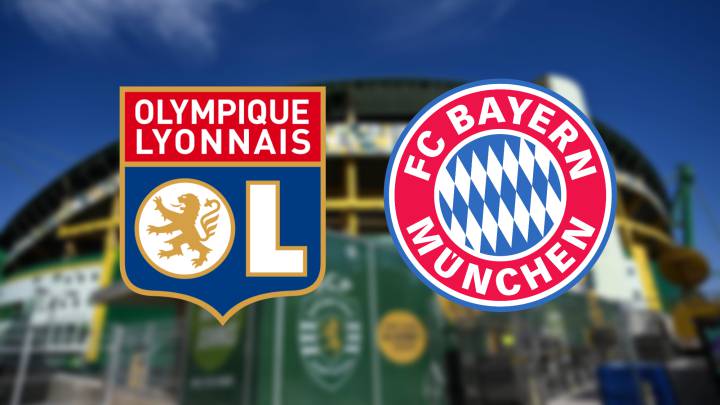 Which team between Lyon and Bayern Munich will join PSG in the Champions League final? (Image Credits: Twitter)

Bayern Munich will take on Lyon in the second Champions League semi-final on Wednesday night. The contest is being termed as a David versus Goliath clash as Bayern Munich are firm favourites to win the game and the tournament.

The Bavarians are aiming to win their sixth Champions League title, while Lyon are looking to reach the final of the continental competition for the first time in their history.

In the quarter-finals, the Bundesliga champions humiliated Barcelona 8-2 and Lyon knocked out Premier League giants Manchester City in a stunning display of counter-attacking football.

The winner of the single-legged semi-final tie between Bayern Munich and Lyon will face Paris Saint Germain, who defeated RB Leipzig in the first semi-final, in the final on Sunday.

On that note, let us assess which five players could make a difference in Wednesday night’s clash.

The German youngster has been one of Bayern Munich’s top performers since making his move from Werder Bremen in 2017. He is enjoying his best season in terms of goals and assists and has already helped the Bavarians secure the domestic double of the Bundesliga and the DFB Pokal.

The former Arsenal winger was instrumental in Bayern Munich’s domestic dominance as he scored 12 goals and provided 10 assists in the Bundesliga campaign. Serge Gnabry has been in superb form in the Champions League as well, scoring seven goals and setting up two more in eight appearances.

Gnabry was on fire against Barcelona and if he is on song again in the semi-final, then it might turn out to be a rough night for Lyon.

His understanding with Robert Lewandowski and Thomas Muller makes Bayern the favourites to win the Champions League.

Despite Memphis Depay having an off day against Manchester City, Lyon still stunned Pep Guardiola’s side 3-1 in the quarter-finals.

The former Manchester United forward has been the star player for a young Lyon side, who have shocked the likes of Juventus and Manchester City in the knockout rounds.

Depay would have to be at his best if Lyon are to stand a chance against Bayern Munich, who look simply unstoppable.

The Dutchman has six goals in as many Champions League appearances this season.

Thomas Muller has proven everyone wrong throughout the campaign and his vision in the final third of the pitch can create a lot of problems for Lyon.

The German forward was instrumental in Bayern Munich’s 8-2 win over Barcelona as he turned back the years with a breath-taking performance.

Muller has been setting up goals for fun all season and broke the all-time Bundesliga assist record for a single campaign by assisting 21 times in 33 appearances.

The Bayern academy graduate has scored four goals and provided two assists in the Champions League this season.

Houssem Aouar dominated the game against Manchester City in the midfield as Lyon shocked the Citizens 3-1 with a brilliant counter-attacking display.

He is one of the most talented midfielders in the world right now and has been vital in helping Lyon reach the semi-finals of the Champions League for the first time in their history.

Aouar is a versatile attacking midfielder who can play anywhere in midfield and has been praised for his excellent technical ability and calmness on the ball.

The Lyon academy graduate, who has scored once and provided four assists in the Champions League in 2019-20, will want to put in another stupendous display against Bayern Munich.

The Polish hitman, who has been one of Bayern Munich’s top players for some time now, has taken his game to a whole new level in the present campaign.

Robert Lewandowski was instrumental in the Bavarians securing the domestic double as he won the Bundesliga Golden Boot after scoring 34 goals in 31 games.

He is the Champions League’s top goalscorer too, having found the back of the net 14 times in just eight appearances.

Lyon will really have to play out of their skins to stop Lewandowski from scoring in the second semi-final on Wednesday night.