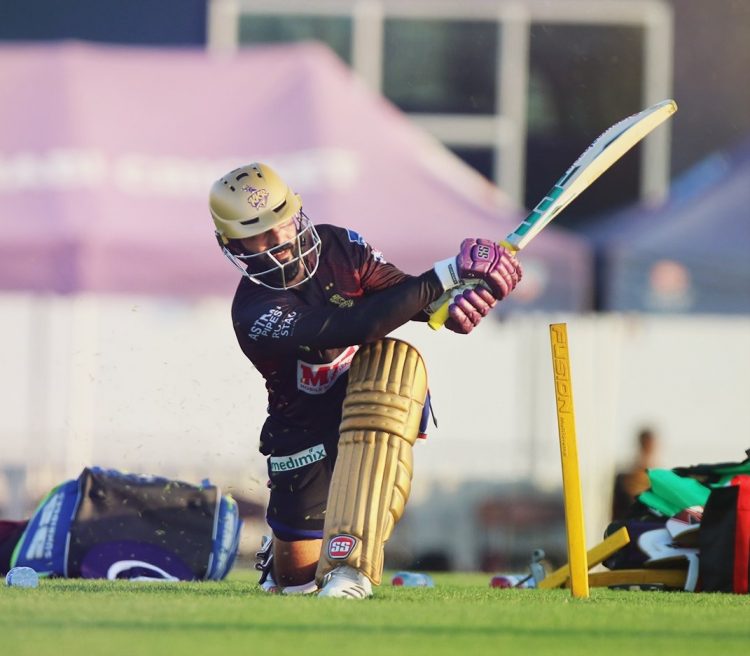 While two of them would be at the forefront of battle as the Kolkata Knight Riders (KKR) launch their bid for a third IPL title on Wednesday, the third would sit in the dugout, keeping an eagle eye on proceedings, taking copious notes and passing on a word or two of advice from time to time on where the boys are lagging and need to tighten up.

Before getting down to the thick of action, KKR captain Dinesh Karthik, returning Knight Eoin Morgan and coach Brendon McCullum sat down for a Zoom session on kkr.in, opening up on how much the franchise is spoiling for a fight after a lockdown-induced break from the game. Excerpts;

(To Morgan) Could you share your camaraderie with Brendon McCullum?

Yes, I do share a special bond with him. We’ve been friends outside cricket over many many years. Our friendship started like any friendship does, finding things in common and I suppose making memories together through enjoying those things. When it comes to sports, we share our fondness for horse racing and, I suppose, rugby. We’ve been to races and rugby games with our families. So, we’re good mates.

(To McCullum) At the players’ auction last year, KKR spent a lump sum to land Patrick Cummins, who would have been ideal with the new ball on the pacy and bouncy surface at Eden Gardens (KKR’s home ground). However, on the slow, low tracks here, the pace might work against him. So how do you plan to use him?

First and foremost, the conditions are fairly similar to the Eden Gardens on the evidence of the first few games of the tournament. The pitches in the UAE haven’t been utilised for the last six months and there seems to be a fresh tinge about them.

The fast bowlers have excelled, bowling the classical Test match length. So it’s our good fortune that he has landed in conditions where his bowling should suit us. Having said that, we’re delighted to have him on board as not only is he a wonderful cricketer, doing a great job for us on the field, he’s also a strong leader and a very important cog in the wheel for us as a franchise.

(To Karthik) As we saw with the first three matches of the tournament, the captain winning the toss decided to field first. How much of a factor will dew be on these surfaces, going forward?

(To Morgan) Do you see yourself in the role of a finisher for KKR this season?

I think, the squad that we have gives us a huge amount of options. Particularly, with regard to batting and bowling. Baz just alluded to Pat Cummins and talked about him being so versatile. Within the squad, we have a number of very, very versatile cricketers. With regard to batting, I see quite a few members playing a significant role.

Andre Russell has played that role for a number of years in Kolkata and he has done it exceptionally well. And if I do get a goal, hopefully, I’ll be able to reach it.

(To McCullum) How do you plan to manage the workload of Andre Russell? Will he be rolling his arms over in the IPL, given that he didn’t bowl much in the CPL (Caribbean Premier League)?

The gentleman to my right (DK) will take a call on that in the field of play (laughs). It (Russel bowling) is an option. We know about his batting prowess, what he has done in the T20 format and specifically for KKR in the past is nothing short of sensational. But his ability to bowl in crunch situations for us is something that we have identified as a real opportunity for us.

However, we’ve so many more options within our squad that the skipper and vice-captain would be able to make those decisions in the heat of the battle.

(To McCullum) Would we see Ali Khan (US speedster) bowl this IPL season?

Well look, first and foremost it’s great to have Ali Khan in the Kolkata set-up. He is the first player from the United States to feature in the IPL and has been a fillip for us at TKR (Trinbago Knight Riders), the extension of this franchise. We have been very successful there and he has been a part of that side and has won many (T20) championships.

He deserves an opportunity to play on the biggest stage, which is the IPL. I’d imagine his opportunities will come deeper into the tournament. It’s great to have him here and I know he’s delighted to be with us. If and when he gets his chance, I’m sure he’ll put his best foot forward.

(To Karthik) How do you like KKR’s opening pair of Shubhman Gill and Sunil Narine?

I really like them. Narine, with his non-complicated batting style, makes things easy for us (laughs). Shubhman is a gun, he’s a quality player and there are a lot of expectations from him around the world.

I’m sure he’ll exceed all expectations and we’re all confident about him as a player and as a person. It’s good to have him. It’s a very unique opening pair and something we’re really proud of.

(To Karthik) KKR’s recent head-to-head record against MI has been very poor. What will be your gameplan in the (KKR’s) opening game against the defending champions?

I think they are a solid side, their record speaks for itself. It’s a match-up between two good teams and I’m sure it will be a great game for us.

(To Morgan) Flying in straight from Manchester, do you think it’d be difficult to adapt to the conditions and surfaces in the UAE?

Having watched the games so far, the wickets have a tinge more green than we anticipated coming to the UAE. So, if anything, the pitches, so far, have played similar to English conditions. However, I think they’ll change as the tournament progresses.

In the first three matches, we saw the spinners bowling faster through the air. Is that a conversation you’ve had with (chinaman) Kuldeep Yadav or would like to?

Definitely, we’ve had those conversations, not just with Kuldeep but with the rest of the bowling unit as well. It’s something we’ve discussed, the speeds you need to bowl. Variations of speed is something that we’re going to see more of as we go deeper into the tournament.