In what could be final season at Manchester City, Pep Guardiola will look to lead his side to a third Premier League title in five years. 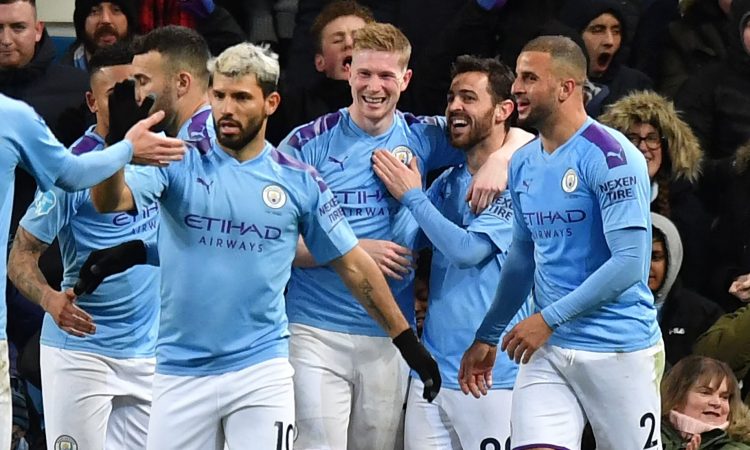 Can Pep Guardiola inspire Manchester City to a league title in what could his final season at the club? (Image Credits: Twitter)

Manchester City’s hopes of becoming the first team since Manchester United to win the league three times on the trot came up a cropper last season. Pep Guardiola’s side made a sorry attempt to defend their title and Liverpool won the league on a canter, finishing a whopping 18 points ahead of the Citizens, who came second.

While the Champions League again eluded them, Manchester City’s focus will on wrestling back the Premier League title from champions Liverpool next season.

Guardiola has already signed Nathan Ake and Ferran Torres to bolster his squad and is expected to spend more before the transfer window slams shut on 5th October. The Manchester City manager will demand his players react to losing the title to the Reds in such an insipid manner last season.

The former Barcelona boss is also in the final year of his contract at Manchester City and it is unlikely that he will sign a new deal. Pep Guardiola will want to leave English football winning his third league title in five years.

While he is yet to establish Manchester City as a force in Europe, he will want to bid adieu to the Premier League by making his side the dominant team of the era.

Nathan Ake – Reinforcing their defence has been one of the priorities for Manchester City this summer and they forked out £41m to sign Dutch defender Nathan Ake from relegated Bournemouth early in the transfer window. Ake will provide cover at centre-back and also has the ability to play in the left full-back position.

Ferran Torres – Manchester City also wanted to sign a replacement for Leroy Sane who left the club for Bayern Munich at the end of last season. Ferran Torres was identified as a target early and due to his contract situation at Valencia, the club managed to sign him for a fee around the £21m mark in the ongoing transfer window.

Manchester City are in the market for another centre-back and Kalidou Koulibaly is their top target. But they are struggling to agree on a fee with Napoli who want €80m for the 29-year-old defender.

They also briefly dreamed about signing Lionel Messi before he reluctantly agreed to stay at Barcelona for at least one more season.

Leroy Sane – Sane would have been on his way out last summer itself if he had not suffered a knee injury. But the winger eventually left Manchester City at the end of last season and joined Bayern Munich for a deal worth an initial fee of €45m, which could rise to €60m based on add-ons.

Claudio Bravo – Manchester City also lost the 37-year-old goalkeeper at the end of last season when his contract expired. He returned to Spain with a move to Real Betis on a free transfer.

David Silva – Manchester City also bid goodbye to a club legend in David Silva, who ended his decade-long spell at the Etihad when his contract expired. The former Valencia man also returned to Spain and joined Real Sociedad on a free transfer.

Manchester City are also looking to sell John Stones who has failed to convince Pep Guardiola. But the defender is believed to be keen to continue at the club and fight for his place in the team. The club are also open to offers for Nicolas Otamendi and Benjamin Mendy.

Joao Cancelo has also been linked with a move away from the Etihad and he has suitors in Italy and Spain.

Pep Guardiola is definitely a strength for Manchester City. The Spaniard is a brilliant tactician and while some of his team selections may look baffling, there is always a method to his madness.

Guardiola’s obsession for control is tailor-made for his teams to dominate leagues and win league titles. Last season was an aberration and after a summer of heavy spending, expect his Manchester City side to set the pace in the title race in the 2020/21 campaign.

Manchester City’s squad depth is a cause of envy in the Premier League, especially their resources in the final third. If Guardiola can adequately strengthen his side’s defence, they will have a squad that will strike fear into anyone in England and in Europe.

It’s the defence! Manchester City paid for not replacing Vincent Kompany in their squad last season and Aymeric Laporte accentuated their problems at the back.

While the Citizens had the second-best defensive record in the league, they were prone to silly lapses in defence from time to time. Their defensive structure was really exposed in some of the big games and Lyon completely overwhelmed them with simple counter-attacks in the Champions League.

While Kevin De Bruyne will continue to be the most important player for Manchester City next season, a lot will depend on how Phil Foden manages to fill the shoes of David Silva.

The Spaniard produced the goods for a decade at the Etihad and Foden is being considered as his natural heir. How Foden manages to fill those big shoes will go a long way in deciding Manchester City’s fortunes in the 2020/21 campaign.