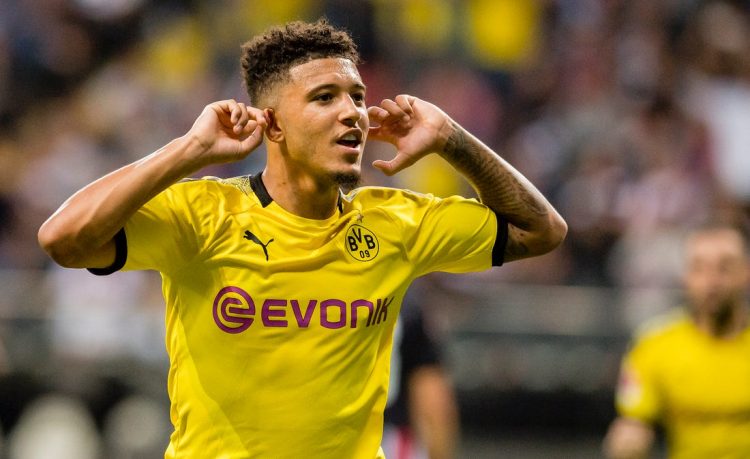 With the Jadon Sancho transfer saga stretching deep into the transfer window, it still remains to be seen if Manchester United is the player’s next destination.

The Borussia Dortmund star is valued at £108m and if Manchester United decide to sign him at that price, then it would make the young England international the most expensive player in the history of the Premier League.

As one of the biggest clubs in world football, Manchester United have not hesitated to splash the cash over the years. With football evolving and becoming more business-oriented, the Red Devils have time and again spent a lot to try and bring the best players to Old Trafford.

On that note, let’s see who are Manchester United’s five most expensive signings of all time.

One of Manchester United’s worst signings ever, Angel Di Maria arrived from Real Madrid in 2014 for nearly £60m. Most expected Di Maria to shine in the Premier League, given he excelled in La Liga during his four-year spell at the Bernabeu.

However, the Argentine was a huge disappointment at Old Trafford; although the reasons behind his shortcomings may be tied to then-Manchester United manager, Louis van Gaal.

An attempted burglary in his Cheshire residence, coupled with injury problems meant he never fully settled into life in Manchester and after just one season, Di Maria was sold to Paris Saint-Germain at a £15m loss.

Bruno Fernandes hit the ground running at Old Trafford immediately after his transfer from Sporting Lisbon in the January transfer window. The Portuguese international revitalised the Red Devils with his outstanding performances and also improved his new teammates with his dynamism.

Fernandes helped a Manchester United team, who were in sixth place, to a third-place finish in the Premier League, thereby guaranteeing Champions League football next season.

Manchester United are lucky to have a player who can complement Paul Pogba in the middle of the park and take some burden off the shoulders of the French World Cup winner.

Fernandes is a smart ball player and brings in a whole new dimension to an otherwise lacklustre Manchester United midfield.

Big things were expected from Romelu Lukaku when he moved to Manchester United from Everton in the summer of 2017. The Belgian international had proved himself on Merseyside and was ready to show his quality on a bigger stage.

Lukaku was supposed to become the reliable goalscorer and lead Manchester United’s attack in both the Premier League and the Champions League.

He initially found success at Old Trafford but his inclusion in the starting XI gradually declined under Ole Gunnar Solskjaer in 2018-19.

42 goals in 96 games across two seasons is not a bad return, but Lukaku was not the striker Manchester United wanted or needed, and was hence sold to Inter Milan last summer.

Manchester United broke the transfer record for a defender by signing Harry Maguire from Leicester City in August, last year. The Red Devils had to shell out a staggering £80m to get the Englishman on board after an initial bid of £75m was turned down by the Foxes.

Maguire’s heroics for the Three Lions in the 2018 FIFA World Cup revamped his status as one of the best centre-backs in the Premier League. At 26, not only is he in the prime of his career but he is also expected to be a reliable presence at the back for Manchester United for years to come.

Maguire’s first season at Old Trafford turned to be a good one as he was mostly dependable and he also took the captain’s armband from the departing Ashley Young in January.

He helped the Red Devils to three semi-final appearances in cup competitions and a top-four finish in the Premier League.

Paul Pogba remains the most expensive Manchester United player as the Red Devils paid Juventus a whopping £89m for the French midfielder back in the summer of 2016.

He was an influential figure after his arrival and guided the club to the League Cup and the Europa League in his first season back at Manchester United.

In the following campaign, Pogba failed to replicate his magic as Manchester United finished 19 points behind Manchester City, who ran away with the Premier League title. It also deteriorated the relationship between then-Manchester United boss Jose Mourinho and Pogba.

After the Portuguese was sacked and Ole Gunnar Solskjaer took over, Pogba again showed glimpses of his brilliance in the 2018-19 season.

After being sidelined for most of the 2019-20 season due to an ankle injury, Pogba made a comeback after the COVID-19-enforced break and helped Manchester United to a third-place finish in the Premier League.