Manchester United started their 2020-21 Premier League campaign with a 3-1 loss to Crystal Palace. 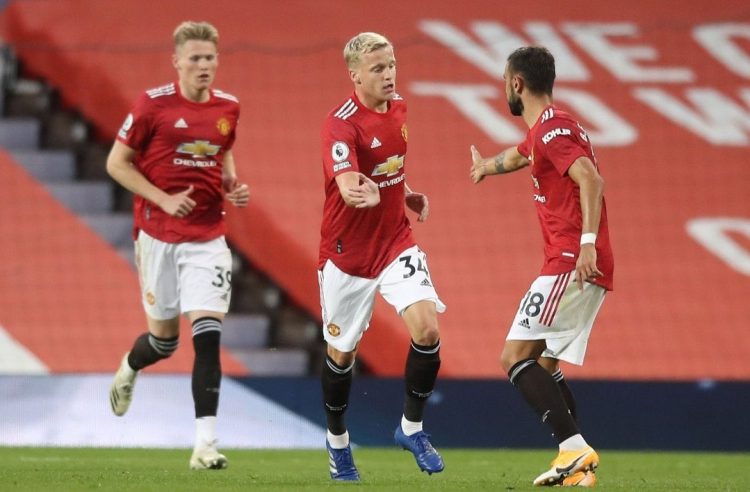 Lack of new signings was not the reason behind Manchester United's defeat on Saturday. (Image Credits: Twitter)

A botched transfer window was not the reason Manchester United lost their second successive home game to Crystal Palace on Saturday.

Yes, Manchester United could do with one or two fresh faces in their squad before the end of the transfer window on 5th October. But we don’t think Jadon Sancho would have turned a loss into a win against the Eagles at Old Trafford.

There are far more obvious reasons to suggest why Ole Gunnar Solskjaer’s side looked lacklustre and undercooked against Palace.

Manchester United’s transfer window has been dismal and while Donny van de Beek is a good addition, it is clear that they need more players before the window slams shut on 5th October.

Their starting eleven didn’t contain a single new signing on the first game of the season for the first time since 2013. But they still had enough quality on the pitch to get the job done.

However, Palace looked sharper, more in-sync and importantly, fitter than Manchester United’s players on Saturday and I don’t know why people are surprised by that.

Manchester United had no pre-season, none at all

Five weeks back, Manchester United were still finishing their marathon 61-game season when teams in the Premier League had already started their preparation for the 2020/21 campaign.

Ole Gunnar Solskjaer’s side were missing something against Palace but was it just a couple of fresh names on the team sheet? Or were their other problems that were clearly visible but got drowned in the online clamour for the dopamine of new players holding the Manchester United shirt up?

Manchester United looked like an undercooked team who barely had any time to reacquaint with themselves. Some of Solskjaer’s team were available for training at the start of last season.

Paul Pogba was in quarantine after contracting COVID-19, Bruno Fernandes has a two-day-old baby at his house and Harry Maguire found himself a Greek jail during his holidays.

To be precise, the circumstances going into the Palace game was from conducive for Manchester United to make a lightning start to the season.

As Solskjaer pointed out after the game, Palace had a handful of pre-season friendlies and the game at Old Trafford was their third competitive game of the campaign.

It was clear as daylight that the Crystal Palace players were few weeks ahead of their Manchester United counterparts in terms of fitness but no one wants to hear that.

Of course the reaction following the Palace game was nothing short of toxic amongst the Manchester United fans, especially in the online sphere.

The team have been written off after just one game. However, instead of judging the team after just 90 minutes of football, perhaps it is worth wondering how they would look at full strength with some miles clocked in their legs.

The brilliant second half of last season must be taken into account before passing any sweeping judgements after just one game.

Ed Woodard has been a problem for Manchester United for seven years and no one is shifting blame from his shoddy running of the football side of things at the club. He needs to go, period. But one of the consequences of the modern transfer obsessed fan culture is the assumption that new signings are the only way to improve a team.

The idea that a squad of players can improve from within has been completely ruled out by a modern set of fans who have got hooked into the cycle of transfer speculation and transfers.

It is also assumed that the worth of a player is fixed to the club and is quantifiable, like €120m for Jadon Sancho and that the worth of a team is a sum total of constituent parts. Coaching, conditioning of players, team cohesion by chemistry, form or fatigue are also tangible parts of a team’s success or failure but very few actually care about it anymore.

Have Manchester United failed to recruit properly in the ongoing transfer window? Yes. Is that the reason they lost to Palace? No. That is not to say Manchester United would not improve if they bring in a few fresh faces in the next two weeks – Jadon Sancho is certainly an upgrade on Dan James on the right-wing.

Would Manchester United improve if they bring in a Jadon Sancho, a new left-back and another centre-back? Yes, they would. But the assumption that the current group of players will not improve with more fitness and cohesion over the course of the next few weeks is blatantly wrong as well.