Marlon Samuels gets a shot at contributing for Windies again 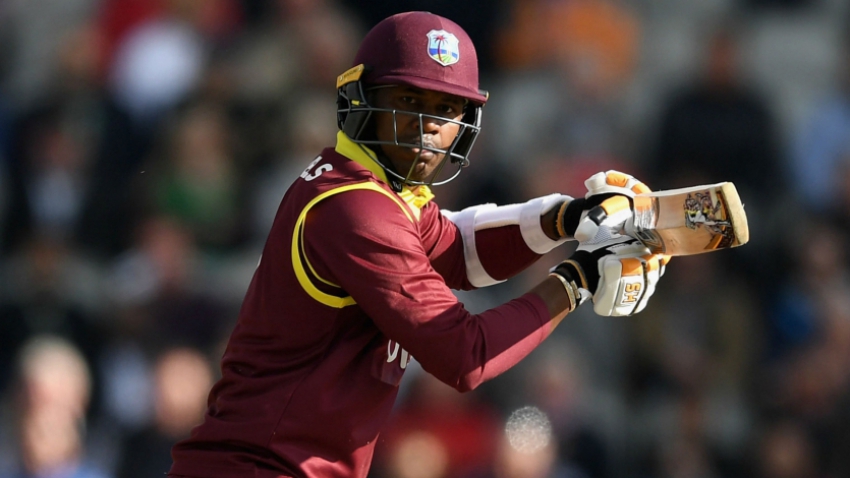 Michael Holding is known to have said, “If you are worth your salt- you accept challenges.”

Marlon Samuels is among the very few Windies cricketers, the theory applies to.

Though he hasn’t spoiled any teammates’ party, he’s not fondly described as a team-man.

He’s not discarded as a mediocre cricketer either. You do not essentially plot a strategy in the dressing room specifically for Marlon Samuels the way you would for Chris Gayle.

Yet, you think where you’d bowl to Marlon Samuels.

If you were Lasith Malinga, you’d rather worry.

He doesn’t move his opponents to a yawn, defeating them session after session the way Chanderpaul did. He doesn’t exude the flair of Brian Lara either.

Yet, he’s somewhere around a Ramnaresh Sarwan + Evin Lewis.

Marlon Samuels is part-temperament and part harassing the temperament of bowlers. Yet, on his day and one probably doesn’t know what day of the week it is- he is a one-man army.

As he was on October 7, 2012, when he came in between his collapsing West Indies and a charging Sri Lanka as the island fortress hosted the much-awaited World T20 finals.

Malinga was all fired up. Sangakkara and Mahela were ready and so were Mendis and Dananjaya to lift the trophy.

Forget Virat, let go of Kane Williamson and leave aside De Villiers. The West Indies had a soldier who seemed a wild, untamable beast.

He produced 78 sizzling runs off mere 56 balls. In them were 6 sixes akin to pieces of diamonds studded in a shining crown.

Who was the crown for?

The West Indies, but of course.

Then, there’s another Marlon Samuels, the one who’s slightly less capricious and more of a responsible bat. The guy who can hold an inning together when the rest aren’t able to.

On April 3, 2016, much before Carlos Brathwaite made light work of Ben Stokes, the West Indies inning was going nowhere. Gayle, Charles, Simmons and Bravo- they were all guest appearances in a show that utterly belonged to Marlon Samuels.

You remember Brathwaite for the 4 consecutive sixes. You remember Gayle’s failure. You even admire Windies’ tenacious fielding at the Eden Gardens.

But do you give credit to Marlon Samuels for his 2016 heroics?

Of the 161 that the Windies eventually struck, 85 came off Samuels’ bellowing blade.

He’d struck 2 sixes and 9 fours and batted 11 overs on his own when others weren’t sticking around.

Cricket loves impact players. Probably those who don’t consider Samuels worthy of being in the team for his lame conduct would also agree, he’s one.

It’s a puzzle more complicated than Jumanji and more alluring than the murder of Marilyn Monroe.

The batsman who returns a quarter after appearing in a forgettable T20 tour to Pakistan has a batting average that would’ve suited an Adrian Barath or Andre Fletcher had they played the quantum of ODI cricket that Samuels has.

Do you know Marlon Samuels’ ODI and Test batting average? From 199 opportunities to bat, Samuels hasn’t gone past 35 in ODIs and from 127 Test innings (71 Tests), he hasn’t yet managed 4000 runs.

Yet, he’s the same figure who’s massively responsible for enabling the West Indies to lift two World Cup trophies that have spurred their cricket somewhat, enabling to spark a mini-revolution of sorts (ICC World T20 2012, 2016 wins)

It’s a revolution that’s yet to manifest its true power.

At 37, with 270 international appearances already, Marlon Samuels possesses a skyscraper for an experience. It’s a building that he’s decorated rather modestly with runs flowing in here and there, without an appetizing curvature of architectural marvel.

But while he may surely have failed at realising his true potential in Tests, he’s more than handy in T20s and a useful addition- ability and experience combined- in the 50-over game.

It was a shame he was coping with an injury at the time the Windies lost out to Bangladesh recently. Gayle surely would’ve liked his close affiliate at the other end- tackling Mehidy, Mustafizur and, Shakib.

It’s an even bigger shame that we hardly see Marlon Samuels in the 5-day format especially when Devon Smith is appearing a liability, there’s no sign of Darren Bravo and, one doesn’t quite know what to make of Kieran Powell.

But for now, Samuels should be happy with T20s

In an important 3-match series that takes place on August 1, Marlon Samuels has 3 opportunities to give his bat a royal swing.

Although stats do not necessarily concur with his selection, his last reasonable T20 knock being 31 in a losing cause at Pakistan, it’s good to have a veteran back.

Even more so when there’s no Holder in the series and where Gayle’s been rested.

Guys like Kesrick Williams, a suddenly rusty Evin Lewis and Carlos Brathwaite would expect something from their senior marksman.

Also, where his individual record goes, then Samuels has delivered rather ostentatiously against Bangladesh.

Surely Shakib’s side may not have forgotten that ballsy 43-ball-85 featuring 9 sixes at Dhaka. The knock catapulted Marlon Samuels as the bully who tamed Bangladesh in Bangladesh.

Time to deliver Marlon? Or, else fade away again into oblivion?