Verstappen fired the opening salvo at Zandvoort by taking P1 with Lewis in second for 2021 Dutch GP! 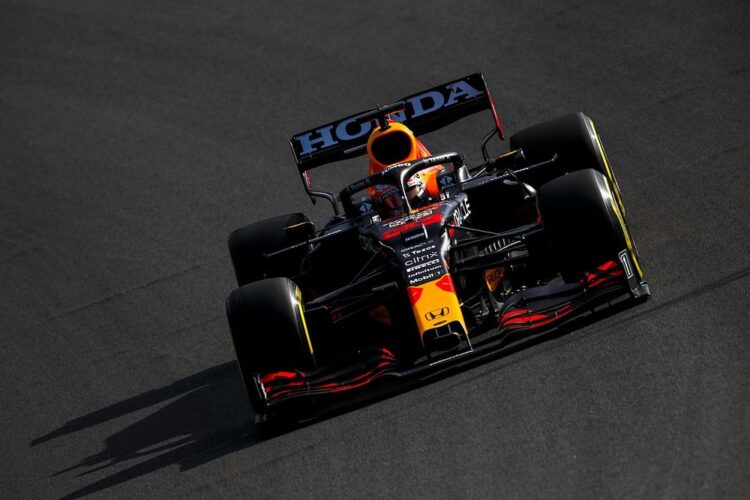 First held in 1948, then for the last ever occasion way back in 1986 and now, back having positioned two great racers locked in a neck-to-neck battle for supremacy at Zandvoort, to say that the Dutch Grand Prix of 2021 will be exciting may be simply undermining the contest.

Max Verstappen and Lewis Hamilton start on the front row, an expectation of perhaps millions of fans that would’ve been waiting ever so keenly for the two to create some magic at the returning venue of the Dutch GP. And safe to say that, that is pretty much what is going to be on the Zandvoort menu for Sunday’s afternoon, which could be a scrumptious offering by the side of the beach as twenty cars will fight for supremacy for a contest that was last held three and a half decades ago.

How the Dutch GP has an exciting battle for us fans?

After Verstappen wasted no time whatsoever in first, breaking into the 1 minute 8s during Q2, it was only a matter of question-not time- as to when might he position himself up for the pole. Though, make no mistake, the flying Dutchman’s arch-rival, also the defending world champion and someone with the current lead in the driver standings, Lewis Hamilton intensified the pressure all throughout on Verstappen, the local hero, in the closely-fought battle for pole position.

The Briton took second in the end but finished inside a second behind the man who now has seven poles this season with the dynamic duo being alongside one another for the sixth time in 2021.

Bottas finished third, a strong, if not mighty impressive performance, the Finn having outperformed Hamilton in his penultimate flying lap in Q3.

But spare a thought for Pierre Gasly of Alpha Tauri, who took fourth and became exactly what David Croft described the young French driver, “Someone who goes under the radar and gets the job done.”

The two Ferraris led by Leclerc and Sainz would bag fifth and sixth, in what eventually became a lukewarm finish to their massive hopes of bagging something better than what they did having gone the fastest during Q2. Sainz is separated by Leclerc by a thousandth of a second.

The qualifying drive of the day

The above told, the driver responsible for giving the entire Alfa Romeo garage and its countless fans around the world goosebumps was none other than the Italian Jesus, the man fondly described by fans as “Gio” Antonio Giovinazzi.

Going fourth fastest on one occasion during qualifying, in Q2, to be precise, Giovinazzi was all power and performance on a day he showed more hunger than he has ever so far, giving valid proof that his Monaco 2021 performance-which opened the account for the Alfa Romeo team- was no flash-in-the-pan ocurrence.

Fast but not furious, focused and full of resolve to secure his seat for the next season, Giovinazzi delivered what could be a called a fighting punch in a career-saving bid.

Can the Jesus now convert his P7, his best-ever grid start this season into an brilliant race-result, we shall have to wait and see.

What we do know, however, is that Giovinazzi, by blazing around Zandvoort at 1:09:590 finished three tenths up on the Alpine of Hungaroring winner Esteban Ocon, who bettered Fernando Alonso.

The returning double world champion from Spain is all set to begin from P9, but only just ahead of Daniel Ricciardo’s McLaren.

While Ricciardo, who finished 1.2 seconds shy of Verstappen’s time in the end had a fine result compared to Norris, the young Briton finding his Q2 compromised by a heavy shunt that Latifi suffered in his Williams, one’s not yet sure whether the fighting Australian has truly returned to his top performance level.

That being told, Russell, Stroll and Norris begin eleventh, twelfth and thirteenth, respectively, the English driver’s spin around a tight corner in Q2 red flagging the session resulting in a high-speed crash into the barriers.

This, still was enough for George to mount his Dutch GP challenge from P11 on the grid, not too bad ultimately for a podium winner in the sport.

Nicholas Latifi, who too spun around much like Russell albeit with yet more speed and intensity is to begin from fourteenth on the grid, recording a 1:11:161, a time that Tsunoda in the Alpha Tauri trails by nearly two-tenths, down in fifteenth.

Yet not too bad for Yuki, well, not in the least, when compared to Checo Perez

Down in sixteenth at the end was Perez, knocked out in Q1 itself, never really looking strong to put a decent lap time together, trailing teammate Verstappen by nearly two seconds.

It was a disappointing day for Aston Martin’s Sebastian Vettel, who had an FP1 breakdown yesterday, begins his 2021 Dutch GP challenge from seventeenth on the grid. An awful result for a top driver.

Meanwhile, Robert Kubica, stepping in for Raikkonen, who tested positive for COVID, managed eighteenth and is all set to race for the first time ever in his Alfa Romeo journey.

Mick Schumacher and Mazepin in the two Haas’ will start from nineteenth and twentieth on the grid in that order.

But come Sunday all eyes would be on the battle out in front, the one for the track position that much like what Lewis Hamilton contended at the end of the quali, could well be a very ‘close one!’