‘Max’imum Attack At US GP As Verstappen Grabs Pole! Is A Win Coming ? 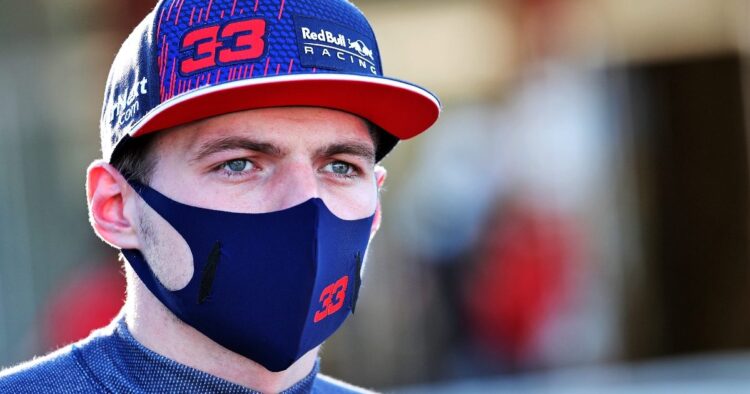 A win at the US Grand Prix will put Max Verstappen on 287.5 points (that’s unless he doesn’t take another point via the fastest lap). Interestingly, regardless of where Sir Lewis Hamilton ends the race, it would still mean the Red Bull driver will be leading the drivers standings. Where it stands at present, then it’s not hard to understand why Max Verstappen would be so keen to win the 2021 US Grand Prix.

For unless that doesn’t happen, the momentum of the current world championship, Max being no fan of the concept by the way, will swing back the Mercedes ace’s way.

But that’s not the only reason why the 2021 US Grand Prix will be a closely fought battle. The fact that Verstappen, who burst on the scene in 2015 (Australian GP), is yet to stand on the top step at US will make the soon-to-begin race an exciting one.

Hamilton’s mastery of US GP

Moreover, it would make little sense to undermine Sir Lewis Hamilton’s form guide and familiar penchant for excellence at the said track.

It is worthwhile to remember that the defending world champion first won a race at the US back in 2007, the year of his F1 debut.

A six-time winner at COTA (Circuit Of The Americas), the Briton has proven himself to be a master in Owen Wilson-land in the years that have followed.

Having said that, what’s bound to make the contest further interesting is that Hamilton’s last win at the venue came in 2017. Since then, the legend of the grid has lost out to Kimi Raikkonen (then with Ferrari) in 2018 and to Valtteri Bottas in 2019.

This has, in turn, proven that if you want to win, hire a Finn for US GP wins.

But, it would make no difference to Kimi anyway, who’s set to begin his final-ever race at COTA from a lowly fifteenth on the grid. What could, however, spice up things at the 2021 edition of the US GP would be seeing a double podium finish for Red Bull, Perez clocking up a 1:133:134 in his P3 in qualifying.

Having said that, it’s hard to imagine how Hamilton or Verstappen would let another driver score a win for the margins are just too fine to concede a defeat.

How Ferrari can get into the act?

This is precisely where the two Ferraris of Leclerc and Sainz, due to begin from fourth and fifth on the grid, respectively, can get into the act and make a show of it.

In what seems to be a near certain Red Bull versus Mercedes fight from the start to the checkered flag, can the Ferraris make it count?

With a 1:36:169, it is Leclerc- not Max or Lewis- who holds the track record at COTA. Can that serve some motivation for the Monegasque driver?

Interestingly, never before in the past half a decade of Grand Prix racing in the turb0-hybrid era has the gap between the Ferrari drivers been as scant as it is now. Sainz enjoys the lead over his teammate by just half a point (116.5 in comparison to Leclerc’s 116).

Let that sink in.

Meanwhile, what can the McLarens do?

In what’s been a refreshing change to the qualifying proceedings, for the first time in several races has Daniel Ricciardo outperformed his teammate Lando Norris on a Saturday.

It’s worthwhile to remember that back at Monza, the Honeybadger ended six thousands of a second behind his young British teammate as the two McLarens gathered a fourth and fifth on the qualifying grid.

A scant difference has, once again, differentiated Ricciardo and Norris’s qualifying timelines, the two beginning from sixth and seventh on the grid, respectively.

Though , fans of the famous McLaren driver, whose favourite destination in America happens to be California, will expect the US GP to be no less sunny than their beloved Ricciardo himself.

All of that told, the key battle out in the front will be between two drivers who’ve left little to the imagination in having a real go at each other in a season where there’s been hardly any dearth of memorable victories, backbreaking struggles and scary crashes, lest one forgets.

But let’s hope, whoever comes out on top in America will be only on the podium and not on the other’s car.