I missed the sound of ball hitting my bat during lockdown: Nitish Rana

Not one to shy away from challenges, Delhi dasher Nitish Rana said he is prepared and conditioned to bat at any position and execute whatever role the management assigns him 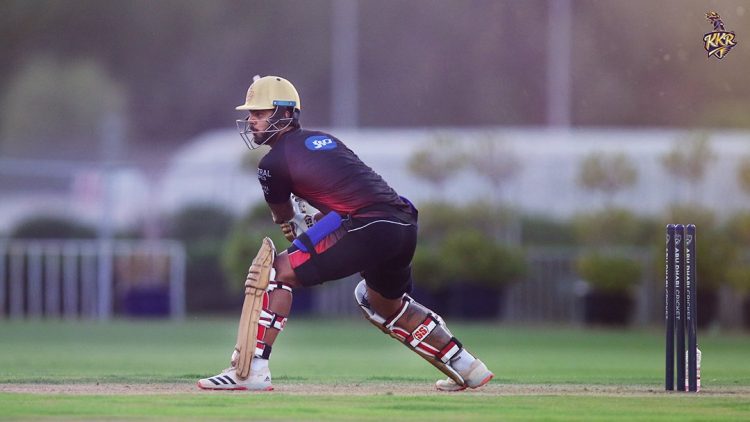 Nitish Rana may be pivotal to the success of KKR (Credit: Twitter/ KKriders)

In four seasons of IPL cricket for the Kolkata Knight Riders, he has opened, batted No.3 and even dropped down to the middle order as per his team’s requirements.

Not one to shy away from challenges, Delhi dasher Nitish Rana said he is prepared and conditioned to bat at any position and execute whatever role the management assigns him, going into Season 13 of the cash-rich domestic tournament.

Fielding questions from select media networks during a tete-a-tete with kkr.in, the 26-year-old, who has scored 1,085 runs in 41 IPL innings at a strike rate of 134.62, opened up on his experience of living in a bio-bubble, his take on KKR’s new coaching personnel and how tough it has been to get back into the swing of things after an extended spell under lockdown. Excerpts:

This year sees the return of (England limited overs captain) Eoin Morgan (he missed IPL action in 2018 and ’19) to the KKR. As a top-order batsman, how excited are you to play alongside him?

I am very excited at the opportunity to share the dressing room with him. He is a World Cup winner and one of the select few left-handers currently dominating white-ball cricket. I’m really looking forward to picking his brains as he led England to victory in the World Cup. A word or two on leadership from him would help me take the lessons into domestic cricket and grow as a cricketer.

You have been bowling your part-time off-breaks over the last couple of seasons. With the surfaces here (in the Emirates) expected to assist the slow bowlers, do you see yourself bowling more overs this year?

I have been bowling since my junior days and took the habit into local and domestic cricket. It’s nothing new for me. I sent down quite a few overs last season and am keen to find some grip and turn on these slow surfaces. I feel I’m a better bowler than the last IPL and would gladly bowl more overs if it helps my team win.

(Former New Zealand captain) Brendon McCullum has taken over as the head coach (of KKR) this year. We spoke to many players in TKR (Trinbago Knight Riders) who said he brings the same aggressive instinct and attitude as a coach as he did as a player. What’s your take on him in the new role?

I have played an aggressive brand of cricket since my younger days. I’ve been a diehard fan of Brendon McCullum and was excited to learn that he had been appointed as our new coach. I’d like him to bring the same fearless approach to coaching as he did as a player as it would help us meet our objectives.

How is the team adapting to the hot weather in the UAE?

It isn’t something that we haven’t experienced before. I play in north Delhi which can get oppressively hot in summer. It was tough adjusting to the weather initially but we have now got a hang of it. It took us a few days to adapt as most of us haven’t played any cricket over the last six months (due to the lockdown and fear of the pandemic) and fell out of the habit of stepping out into the sun and practising four hours every day. However, we’re back in the flow of things and with the quarantine now over, I’m sure we will be up for the challenge once the tournament rolls. As professional athletes, we are expected to ride out these tough phases and keep ourselves in shape for cricket.

The KKR will go into this season with a strong batting line-up. In the context of the tournament this year, do you feel the middle order will have a bigger role to play?

I’d want our top order to do the job so that the middle order doesn’t come into play (laughs). Often the top order comes good and the middle order collapses and vice versa. We’re expected to deliver as a team and as long as we are winning, it doesn’t matter if it’s the top or middle-order which is contributing to the cause.

You said in an interview that you are a big fan of Sourav Ganguly. Has there ever been a moment in your career when you walked up to him to seek a word of advice?

Strange as it may seem, I haven’t met Dada to this day. He did visit our home ground (Eden Gardens) every now and then over the last couple of years but I couldn’t summon the courage to walk up to him. Nobody volunteered to introduce me to him and, being a shy person, I couldn’t bring myself to meeting him either.

Which batting position do you feel the most comfortable in?

It isn’t as if I have a preferred batting spot. I am ready to slot in wherever the team wants me to. Initially, I opened and then batted at numbers 3 and 4 as our opening pair settled in. I’ve adapted my game to batting anywhere as per the team’s requirement.

If you have to pick one bowler in opposition line-ups who you’ve had the most trouble facing, who would it be?

The only bowler I can think of is Pat Cummins and luckily, he plays for us. I don’t see any other bowler troubling us.

How has the experience of being in a bio-bubble been?

While it’s an idea that has been put into practice since the resumption of international cricket, for me, it started six months back when we had to abandon all outdoor activities and stay home. People were scared to step outdoors and so was I. The safety of my family was uppermost in my mind. It was tough initially to adapt to this concept. I’d often ask myself why we can’t visit a nearby coffee shop or take a dip in the swimming pool. Slowly but surely, however, we’ve gotten used to it. We’re glad to be playing cricket even in the midst of a global pandemic.

With arguably the best pace attack, on paper, do you think the KKR will be at an advantage over rival franchises going into the new season?

We’re going in with a quality new ball attack this year. Cummins (the spearhead) will not only bring a lot of experience into our attack but will also guide our younger bowlers who have been picked on the weight of their performances in domestic cricket. I’d want our younger lot to learn from the experience of being around him and pick up valuable advice to better their craft.

Could you share your experience of working with Chris Donaldson (former sprinter and Olympian from New Zealand, who has come on board as the KKR’s mental strength and conditioning coach)?

If Chris is in front of you then you can probably get away saying you don’t feel like taking up a certain workout that he recommends. But when he’s on a Zoom call, he doesn’t take ‘no’ for an answer. While weight training is relatively easier as you don’t feel the strain working out with teammates,  non-weight training is especially tough. But it’s hard to convince him otherwise when he connects with us on Zoom.

Kamlesh Nagarkoti and Shivam Mavi are back from injuries and are bowling at full steam. How has it been facing them in the nets?

Nagarkoti missed the last couple of seasons through injury but he is now back to full fitness and looks in good rhythm. He has worked on his strength and it shows. Mavi, too, looks in fine fettle. It’s always tough facing guys bowling at over 140 kmph. Hopefully, they’ll be a handful of opponents in the tournament.

This year will mark a departure from playing to packed stands back home at the Eden Gardens. How different is the experience of playing on spectator-less grounds going to be?

We’ll surely miss the experience of our fans rooting for us from the stands. It’s always special playing at the Eden Gardens as the spectators make you feel that you’re batting at fifty even when you’ve just stroked a boundary. However, the circumstances, this year, are not the same and as professional cricketers, we’ve to adapt to them.

The pitches in the UAE haven’t been played on for months now. Will it be tough adjusting to surfaces that you don’t know much about?

There’s been no cricket in the UAE for the last six months and we have no clue how the pitches are going to play. My guess is they will be fresh, offering some swing and seam movement initially. We’ll assess the pitch and plan accordingly.

During the lockdown, you were seen having a knock-about on the terrace. Did it help you stay in touch with the game through that challenging phase?

It was a basic drill as I was missing the sound of the ball hitting my bat. I thought up the drill as I was dying to hear that sound again. My friends helped me a lot through that process.