Mohammad Amir: Returning the favour, and how! 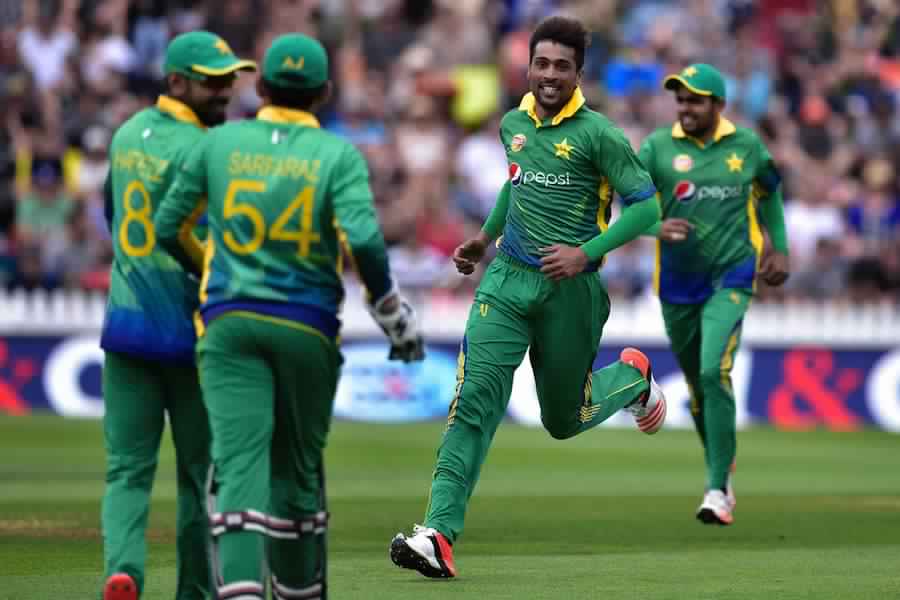 The first match against West Indies saw him picking up 3 wickets and then 2 in the second encounter against England. But the match against Australia yet again proved his worth and class.

He finished with career-best bowling figure 5/30 as he registered his maiden ODI five-wicket haul.
The left arm pacer who was unsure of his flight to England is currently leading the table with most wickets in the World Cup.
While his partners Shaheen Afridi and Wahab Riaz struggled for consistency and kept looking for perfect line and length, Amir was impeccable.
He used the weather conditions in Taunton very well.
He kept making Aaron Finch uncomfortable and finally broke his partnership with 146 runs with David Warner in the 23rd over. 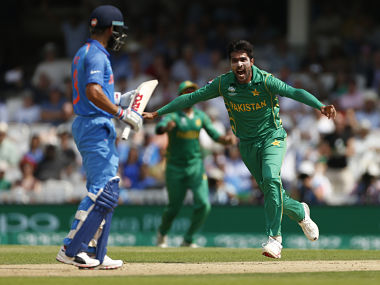 In his first spell, Amir conceded only 11 runs from four overs, bowled a couple of maidens and then returned to run through the lineup.
He took care of Finch, Usman Khawaja, Shaun Marsh, Alex Carey, and Mitchell Starc.
Death overs saw the destructive Amir taking care of the entire lower order to finish his bowling analysis with 10-2-30-5. Australia were looking solid for a 350+ total but Amir destroyed their plan.
They say, ‘form is temporary but class is permanent.’ Amir is a perfect example of this.
Mohammad Amir, since the beginning of his career, continues to showcase his stature.

Amir took a wicket in the opening spell in six of the seven games he played, including the final in World T-20 2009.
He consistently delivered at 145 KM per hour and bowled his quickest delivery in the 2009 ICC World Twenty20 final against Sri Lanka, at 152 KM per hour.
The final match saw him scalping the wicket of the tournament’s top scorer Tillakaratne Dilshan and end the over with a wicket maiden.
When the impressive newcomer was banned for match-fixing, it was a disappointment for the whole cricket world. But Amir came back with full potential.
After coming back, nobody expected him to be as destructive as ever.
Pakistan were playing India in 2016 Asia Cup. Just one over into India’s innings and Amir scalped two wickets.
His spell initially made the target of 84 looked tough for the moment.
His fiery spell against India in the ICC Champions Trophy 2017 final restored everyone’s perception about him.
He removed Virat Kohli and Rohit Sharma with two unplayable deliveries and ended the match with a brilliant figure of 6-2-16-3.
Since then Amir was somehow missing. Since January 2018, he has not been effective in his first spell till the World Cup.
Although he wasn’t part of the provisional squad for the showpiece event, he was sent to England for the last ODI series of Pakistan just before the tournament.

Time to Pay Back

Amir was available for only one match which was abandoned and then he was ruled out of the series due to a health issue.
The selection committee purely chose him based on his past records and reputation.

It looks as if the risk was worth taking as Amir has started to perform as the Pakistani fans want him to.
From the first match of the World Cup, Amir has showed good form and picked key wickets whenever the Skipper needed.
He had taken more than one wicket last time in the Champions Trophy Final in 2017 and then he did it again in the first World Cup match against West Indies.
It seems that Amir is enjoying this ‘second’ comeback. As the World Cup unfolds, we can get to see more magical spells from him on the field. Well, hopefully!

Previous articleTribute To Yuvraj Singh: A Look At His Best Career Moments
Next articleDown Memory Lane: A Glimpse Of All India-Pakistan World Cup Games