Mohammedan Sporting need to escape the ghosts of their illustrious past

MSC's decline has been heart-wrenching, but the third Kolkata giants need to adapt to the changed circumstances. 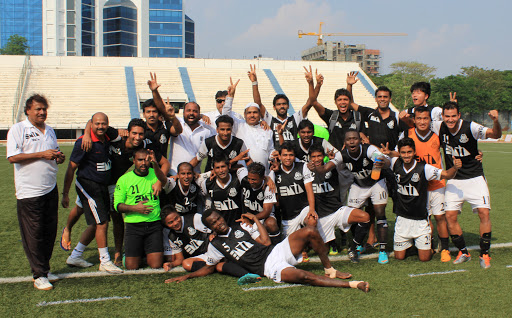 It is, perhaps, inevitable, since the black-and-white brigade’s fall from grace over the last few decades has seen the gulf between them and Mohun Bagan–East Bengal increase with every passing season.

MSC, as Mohammedan Sporting are referred to, have transmogrified from a veritable giant of Kolkata football to a Calcutta Football League also-ran.

Even in the last CFL, when the MB-EB hegemony over the Calcutta Football League was finally broken, it was Peerless who captured the elusive crown, not the other Maidan club who were in the running to win the league for long stretches of the season.

Mohammedan Sporting’s decline is a narrative full of pathos and bears testament to the changing ethos of the country as well as the football culture of the maidan.

Not many know this, since it is Mohun Bagan’s 1911 IFA Shield triumph that is celebrated as the primary challenge to the British dominance of pre-independence Kolkata football, but it was Mohammedan Sporting who became the first indigenous club to win the prestigious CFL way back in 1934.

Led by the charismatic Khurshid Anwar, MSC won the coveted league in their very first year of playing in the 1st division, a record that is yet to be broken.

That was just the start; the Invincibles won the league for five consecutive seasons, a record that stood till the 1970s.

Mohammedan Sporting brought in modernity and innovativeness into Indian football of the time and actively scouted for players from all across the undivided country.

It is a fact that the three giants of Kolkata football were organised along lines of social and religious identity during those times. While Mohun Bagan represented the people of this side of the border, East Bengal, as the name suggested, stood for those coming into Kolkata from the then Eastern half of Bengal.

Mohammedan Sporting took the religious root in their philosophy, recruiting the best Muslim footballers of the country and becoming an indomitable force.

While MSC’s supporter base is still predominantly dominated by Muslims, their decline has coincided with a change in player recruitment that was inexorable and necessitated by the demands of the evolving game.

While Mohun Bagan and East Bengal managed to attract the best in the business from India, also bringing in great talents from around the world, Mohammedan Sporting’s crescent moon slipped behind a cloud and its scouting strategy failed to keep up with the other two giants who kept on going from strength to strength, winning the national leagues and even succeeding in international trophies.

The 1980s was the last decade in which MSC won the Calcutta League.

Right now, they languish in the I-League second division, with the COVID-19 pandemic robbing them of the opportunity to get promoted to the I-League with the season getting prematurely curtailed.

However, there seems to be an effort in the club to bring back the glory days under new Gen. Secy Wasim Akram. With club stalwart Dipendu Biswas in the mix, MSC’s primary aim is to get back to the I-League 1st division right now and a mini-tournament that will act as the qualifiers for the same will be their big target.

Having signed players like Willis Plaza and young gun Yan Law as the new coach, Mohammedan Sporting are looking for a vibrant mix of youth and experience.

Can they recapture the Calcutta Football League? With the current strength of the other two giants and with Peerless’ surprise ascent, that goal still seems to be beyond them, but all big journeys begin with small steps; MSC need not be weighed down by the legendary exploits of the past and begin the new era on a fresh footing.

The path back to the top will be hard and different from the one used by the MSC legends of yore.