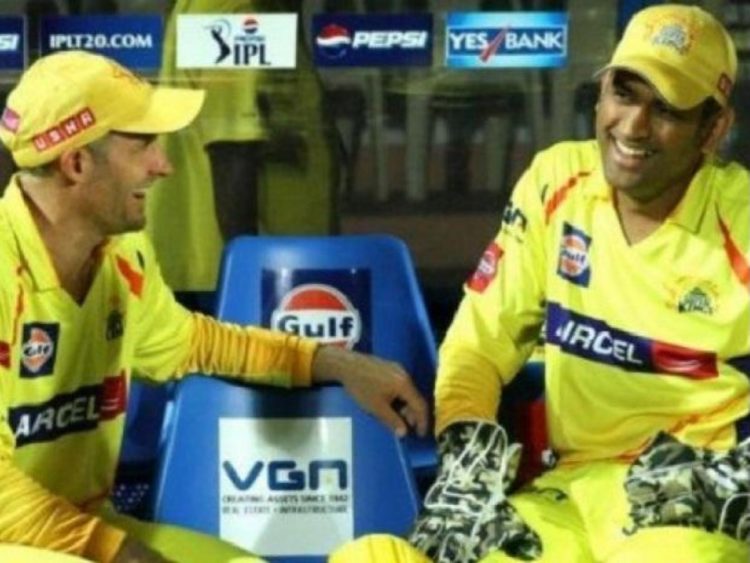 At a time when many have speculated Dhoni’s retirement, Mike Hussey feels that MS Dhoni has not lost his zeal and is still in sublime touch. In an interview, Hussey opined that Dhoni can still make it big; when the situation demands.

Mike Hussey, the Baggy Green’s other name of reliability, has showered accolades on his former franchise teammate MS Dhoni, regarding the latter’s finishing skills and batting prowess.

Mike Hussey, a phenomenal finisher and adulated character of Australian cricket, has hailed Dhoni to be a better version of him. According to Hussey, Dhoni is a cricketer with incredible guile. Dhoni can read the game exceptionally well and is exemplary in this regard.

Dhoni has been eulogized by the Australian southpaw for his unflappable nature and cool, during critical match situations. The dazzling left hander is also impressed with Dhoni’s high aplomb; a quality yearned for by many.

” Dhoni can keep his cool and make the opposition captain blink first. Dhoni also has unbelievable power. He knows that when he needs to clear the ropes, he can do it. He has that kind of self belief.

Hussey remarked that he has taken hints from a few of the tricks of the legendary Indian keeper-batsman. Illustrating the matter, Hussey said that he has adopted the brinkmanship policy of Dhoni in his batting. He has also taken cue from the required run rate constraining strategy of Dhoni, so that a match never slips out of hand.

“ I tried not to let it reach 12 or 13 runs an over, and I learnt this from MS Dhoni. He is incredible. He believes that he who is scared last wins the game. So Dhoni would keep his cool, and keep it longer because the pressure is on the bowler as well.”, he quipped

CSK Would Ride High As Long As Dhoni Features

Mike opined that CSK would ride high as long as Dhoni features in their playing eleven. However, the situation can take a downturn if Dhoni decides to hang his boots. The said eventuality would need CSK to rejig the team structure and combination, albeit setting the team in motion with CSK’s trademark philosophy.

The Australian ace feels that CSK would be more than happy to retain Dhoni’s presence in the dressing room, even after his retirement. CSK might like to bestow Dhoni with certain responsibilities within the team, in order to boost the team’s morale and performance.

When inquired about the reasons behind CSK’s mesmerizing performance, Mr Cricket ascribed it to the team management’s astuteness. According to Hussey the team management has not meddled with internal affairs and has left it to the coach, Stephen Fleming, and the skipper, Dhoni. This created an ambiance of harmony within the team, who delivered on the field as a unit.

Hussey has also aligned the persona of Dhoni with the traits of so called pantheons of the game. Hussey opined that the unflappable and composed constitution of Dhoni’s mind levels him with other legends like Ricky Ponting.

Sourav Guha is an aficionado of English literature and journalism on one hand, and sports on the other. He has in depth knowledge and clairvoyance in cricketing nuances. He has an analytical bend of mind. He has completed B Tech and presently pursuing BA Honours in English.