Former Indian cricket team skipper MS Dhoni found himself in a controversy with the ICC in the ongoing 2019 World Cup. The veteran wicket-keeper batsman was asked to remove an Indian Army insignia from his wicket-keeping gloves. As per the rules and regulations, it was against the to the number of logos permitted on a specific gear. There were strong reactions from the Indian fans and the BCCI too paid heed by making an appeal to the ICC. But the governing body quashed the same.
To get straight to the point, MS Dhoni did nothing wrong in showing his love and respect for the Indian Army by donning the ‘Balidaan’ badge on his gloves against South Africa in the opener. There was immense respect and courage shown by MSD here. He has been a gentleman throughout his career. He is loved and respected immensely by everybody across the globe.
But here Dhoni went against ICC’s rules of the logos permitted. And he was smart enough to wear the normal keeping gloves in India’s second encounter against Australia at The Oval. Dhoni didn’t reiterate, neither did he go vocal to start a fight, nor did he defend his action. He followed the rule set by the ICC and we respect the cricketer for the same. This is an example of pure sportsmanship and honour.
But what happened in the country was angry reactions from fans, who were quickly to pass their judgement against the ICC. They went overboard with their reactions on social media sites and tried to defend patriotism. From media houses, ex-army officers and celebrities, the reactions seemed to be on the negative side.
There is a rule to br followed in a sport and the ICC did the right thing by not succumbing to BCCI’s demands. Again, Dhoni didn’t do anything wrong, but the ICC should be credited here for staying true to the laws. Dhoni has moved on and so has the game. Let’s all make peace here.
Here we analyse the entire scenario that happened and why cricket won at last. 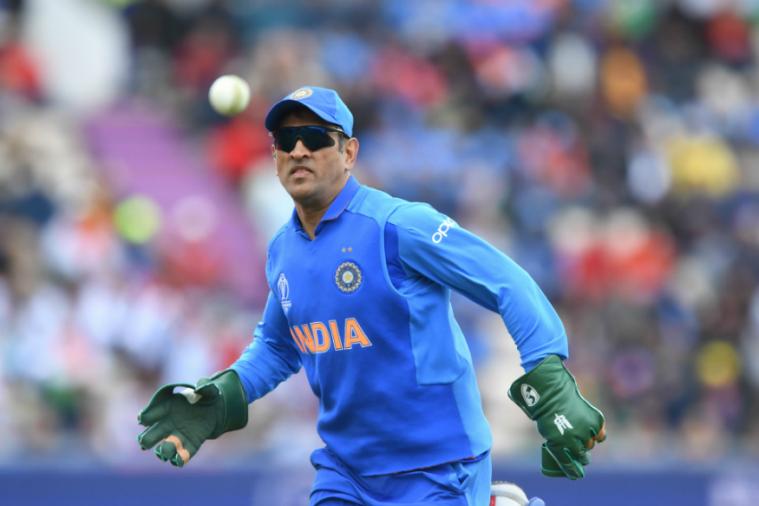 The ICC made a bold move by rejecting BCCI’s calls to allow MS Dhoni to sport the Army insignia gloves in the ongoing ICC Cricket World Cup 2019 in England and Wales. The ICC confirmed that the logo displayed on Dhoni’s wicketkeeping gloves in the  match against South Africa was an infringement of the laws of the game.

The ICC’s rules and regulations prohibit individual messages and logos on sporting gear and attire during any ICC event. Also, it is an infringement of the regulations catering to the content allowed to be displayed on wicket-keeping gloves.

“The ICC has responded to the BCCI to confirm the logo displayed by MS Dhoni in the previous match is not permitted to be worn on his wicket-keeping gloves at the ICC Men’s Cricket World Cup 2019,” the ICC said in a statement on Friday (June 7).

The ICC then asked the BCCI not to allow MSD from wearing the same during India’s next encounter against Australia on Sunday.

Key information about the ‘Balidaan’ Badge and ICC’s reaction 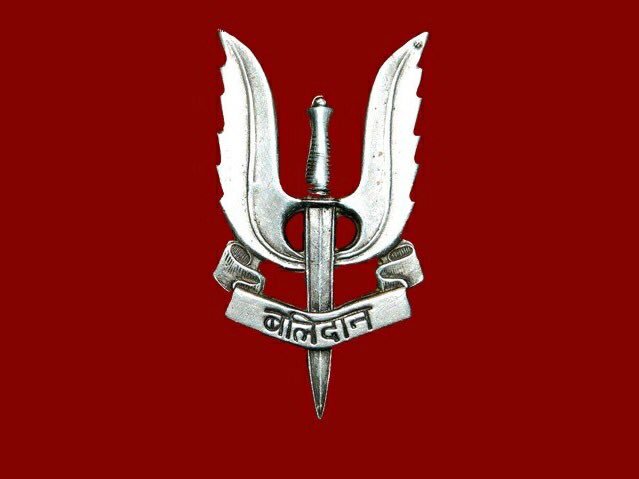 Importantly, only para commandos are allowed to wear the patch. The logo has a commando dagger that’s pointed downwards, with wings extending upwards from the blade. The scroll on the blade has ‘Balidaan’ inscribed in Devanagari script.

But why did Dhoni wear it and is he allowed? Now looking back at history, Dhoni was conferred an honorary rank of Lieutenant Colonel in the Parachute Regiment in 2011. He also underwent training under the Para Brigade in 2015. Dhoni donned the logo to show his support for the Indian Army.

Instances when Indian players supported a cause 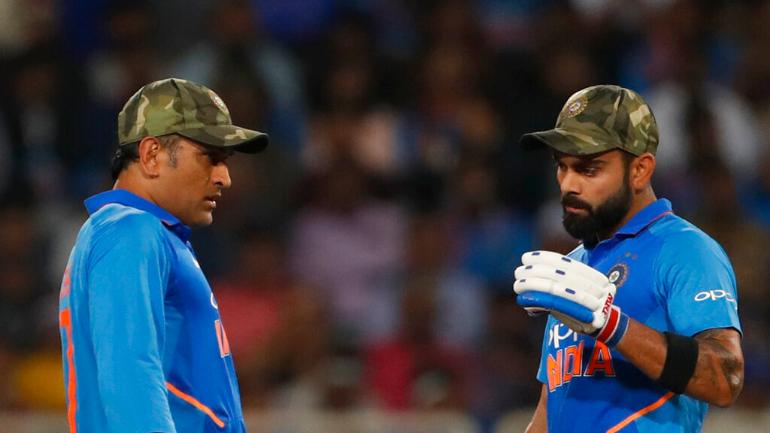 Looking back at previous instances, during last year at the fifth and final Test match between England and India at The Oval, both team captains (Virat Kohli and Joe Root) had donned a poppy made out of khadi. This was done to recognise the role of Indian soldiers in the First World War, where they had served under the British armed forces.

Then the Indian cricket team was seen donning the camouflage caps against Australia in March to show their respect for the Army in the wake of the Pulwama attacks in February 2019. For that, the BCCI had granted permission to wear  during an ODI against Australia in Ranchi.
It was Dhoni who distributed the caps among his team members before the toss. It was a way to pay tribute to 40 Indian soldiers killed in a terror attack in Pulwama.
“The BCCI sought permission from the ICC to wear the caps as part of a fundraising drive and in memory of fallen soldiers who have died, which was granted,” ICC spokeswoman Claire Furlong had told The Associated Press.
BCCI’s move was heavily criticised in Pakistan. Information minister Fawad Chaudhry even called for the ICC to ban the Indian cricket team for mixing politics with sports. Pakistan Cricket Board chairman Ehsan Mani said he has “strongly taken up the matter with the ICC.”

What does the ICC rule state? 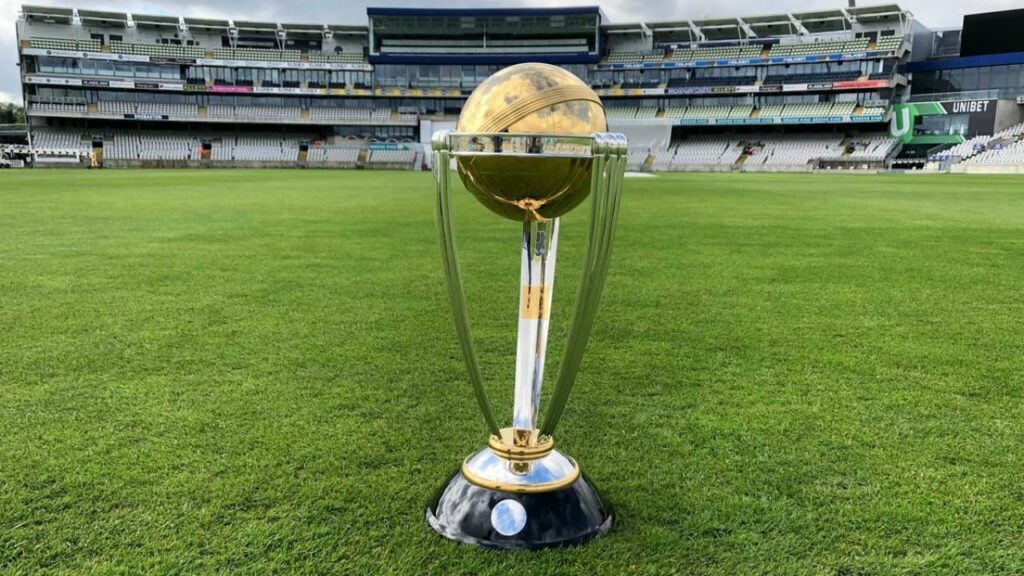 “The regulations for ICC events do not permit any individual message or logo to be displayed on any items of clothing or equipment. In addition to this, the logo also breaches the regulations in relation to what is permitted on wicketkeeper gloves.”

The ICC cited regulation D.1 from the ICC’s rulebook that deals with clothing regulation to drive home their point.

“No Logo shall be permitted to be displayed on Cricket Clothing or Cricket Equipment, other than a National Logo, a Commercial Logo, an Event Logo, a Manufacturer’s Logo, a Player’s Bat Logo, a Charity Logo or a Non-Commercial Logo as provided in these regulations.”

The regulation also adds that, “In addition, where any Match official becomes aware of any clothing or equipment that does not comply with these Regulations, he shall be authorised to prevent the offending person from taking the field of play (or to order them from the field of play, if appropriate) until the non-compliant clothing or equipment is removed or appropriately covered up.”
Moreover, Dhoni could have asked permission beforehand from the ICC. This could have simplified things.

It’s glad to see everything ended well. The ICC followed its principles and as a board that was the right thing. The Indian team and the BCCI didn’t raise any further objection and carried on with the game. So that’s a positive way. The big issue was with fans and certain pundits trying to exert their influence and criticising the ICC. That was the ugly part in this controversy.
One should be grateful to see all concerned parties moving on in the same direction and respecting the laws of the game. That’s where cricket has won and it’s a pleasing sight.
ALSO READ: