Why Mumbai Indians Look Like The Ideal Team To Clinch IPL 2019? 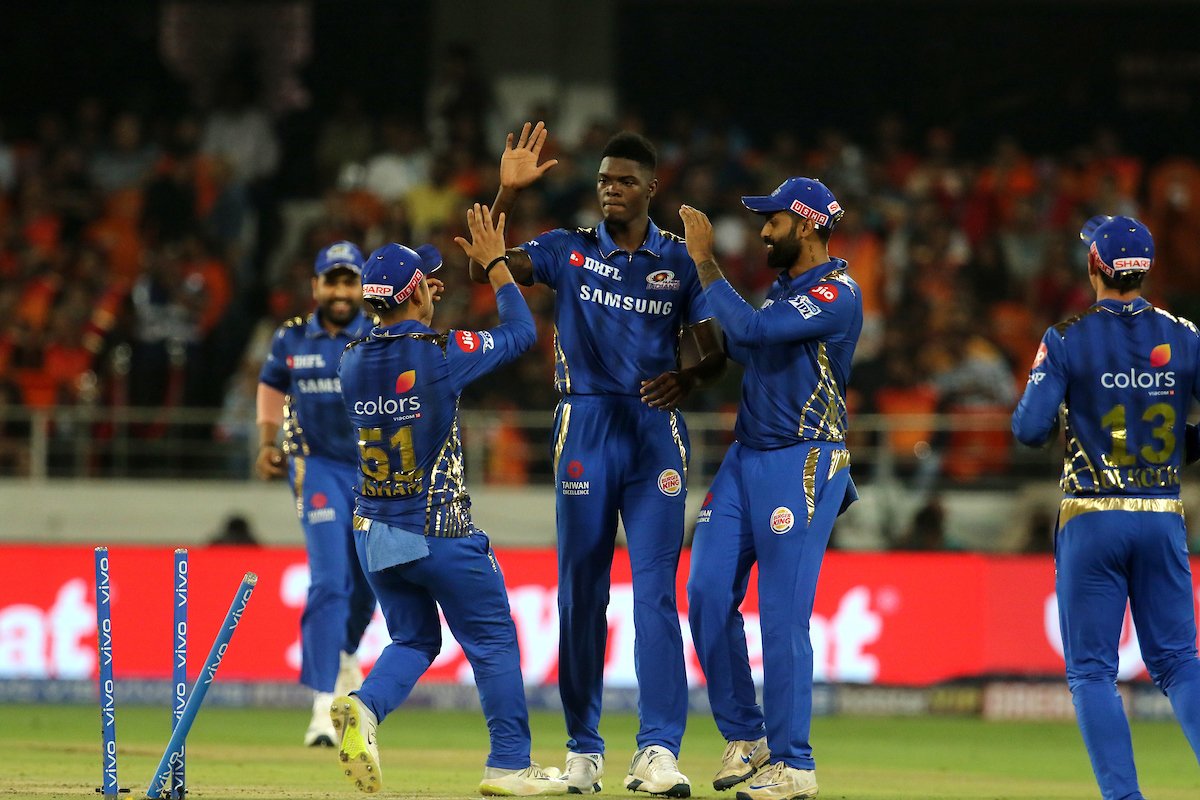 Mumbai Indians have always been associated with a tag of being slow starters. Last season the three-time champions couldn’t quite gain a stronghold as the season progressed.

But in 2019, the course is looking brighter for the Rohit Sharma-led side. Mumbai Indians are gaining confidence with each passing day and the wins are coming in the ongoing 12th edition of the Indian Premier League.

Mumbai Indians had notched three wins in a row, before Jos Buttler special ended their run on Saturday. They have eight points in their kitty from seven matches.

But even in the match against RR at home, MI scripted a comeback to take the game to the wire. Jasprit Bumrah was a star act. This shows the fighting spirit that embodies them.

The tale for MI haven’t been all rosy. They have had their shares of struggles and it hasn’t been a roller-coaster ride. But importantly, the wins are coming and the team is gaining shape.

T20 is all about momentum on a given day and the best part about this side is that different players are all chipping in to make an impact.

Alzarri Joseph’s 6/12 on debut against Sunrisers Hyderabad that shook the Orange Army at their own backyard. Kieron Pollard’s 31-ball 83 stunned Kings XI Punjab at the Wankhede earlier this week.

Hardik Pandya’s late cameo that fired the side against Chennai Super Kings and Jasprit Bumrah’s brilliant 19th over that helped the side down Royal Challengers Bangalore.

This is a sight that will please skipper Rohit. To have several match-winners in the ranks is something that can define MI’s IPL 2019 campaign.

As the race for the playoffs intensify, the battle is setting itself bigger and MI are looking like a side that is climbing up the ladder.

Chennai Super Kings have been the best side in the IPL with their consistency, but MI can follow in the same route and present a challenge for the trophy.

Here we analyse why MI look like the ideal team to clinch IPL 2019.

Mumbai’s power-hitters have what it takes to dominate proceedings

Mumbai are thriving on the crux of power-hitters to give them the edge in games. That’s a positive aspect of a squad who despite the challenges of the top and middle order can come through.

MI’s middle order has lacked the cutting edge as expected at the start of the season. The top order too has failed to show any kind of stability in terms of runs.

But the side just does enough to keep themselves in a match where the hard-hitters can come an and make the difference.

After getting out for a duck versus Delhi, Pandya has powered his way with brisk cameos in the end for MI. Scores of 32*, 31, 25* and 28* have helped him get to the desired level.

His emphatic strike-rate this season has made the difference. It’s his role that suits him to perfection. Hardik’s unbeaten 8-ball 25 against CSK helped MI to an emphatic 37-run win at their home ground.

Pandya can come in and excel at the death to give MI those extra runs. That bodes well for the side. Next up is the destructive Kieron Pollard. The giant West Indian powered MI against SRH with a knock of 46*.

Prior to that, his unbeaten 17* gave the side enough to push for something respectable against CSK. Pollard’s best night came against KXIP.

Pollard’s knock was studded with 3 fours and 10 sixes. Thanks to his blitz, Mumbai Indians scored 133 runs off the final 10 overs of the innings to record a memorable victory.

These are examples of having genuine match-winners in the team and MI are getting the services in crunch periods.

MI thrive on the pacers to come and do the job

The best part about MI’s squad this season in IPL 2019 is the availability of match-winning pacers. The depth and quality in this Mumbai squad is immense.

Even skipper Rohit Sharma highlighted the thought process when he claimed that the side banks on the bowlers to defend any score. And truly so, MI are getting the job done through the pace-bowling unit.

If you look at their season, MI pacers were at their best against RCB at the death where Jasprit Bumrah and Lasith Malinga proved how experience does wonders. The two accounted for just 15 runs in the last two overs and got one wicket as well. RCB up till then looked like getting past the line.

Against SRH, the night belonged to Alzarri Joseph, who ran in and created all sorts of issues. His figures of 6/12 was a delightful affair as MI defended a low total against an in-form SRH. Then against Chennai, the pacers accounted for eight wickets between them with Pandya picking up three scalps.

MI have a vast pool of pacers and all these bowlers are well seasoned. Jason Behrendorff came in and had an instant impact. Joseph has already won two games for MI with ball and bat.

Pandya can be relied upon to get you the odd wickets. Bumrah is the leader of the quartet alongside Malinga. Both have excellent range of yorkers and slower deliveries.

Mitchell McClenaghan has been a reliable source and can always be looked upon. Then there are the likes of Ben Cutting and Barinder Sran who add depth.

The performance against RR was a one-off occasion where the pacers faltered against Buttler’s heroics.

To go far in IPL 2019, the side will be needing its bowlers to come and play a role. MI have that threat.

One expects the experienced batting to join the party

The likes of Rohit and Quinton de Kock hadn’t hit the ground running as expected. On Saturday, they added 96 runs for the first wicket. It was their best tally this season. This was also their third 50+ score in IPL 12. This performance will help them to be looked upon for inspiration as the season unfolds.

Imagine two proven stars playing some match-winning knocks at the business end of the season. This will only bolster Mumbai Indians further. It just takes one innings to regain the confidence and both the players are capable of swinging momentum in the side’s favour.

With the experience under their belt, the two frontline batsmen know the tricks to succeed in this format. De Kock has amassed 238 runs from seven matches and MI will be counting on him to score more runs.

He looked on song on Saturday and perhaps took a leaf out from Shikhar Dhawan. The southpaw struggled this season, but came back to play a match-winning knock of 97* against Kolkata Knight Riders at the Eden Gardens and help his side win by seven wickets.

It’s a matter of one solid innings that can change the fortunes. If both Rohit and De Kock fire, this will be a big moment for Mumbai and their chances of going the distance in IPL 12.