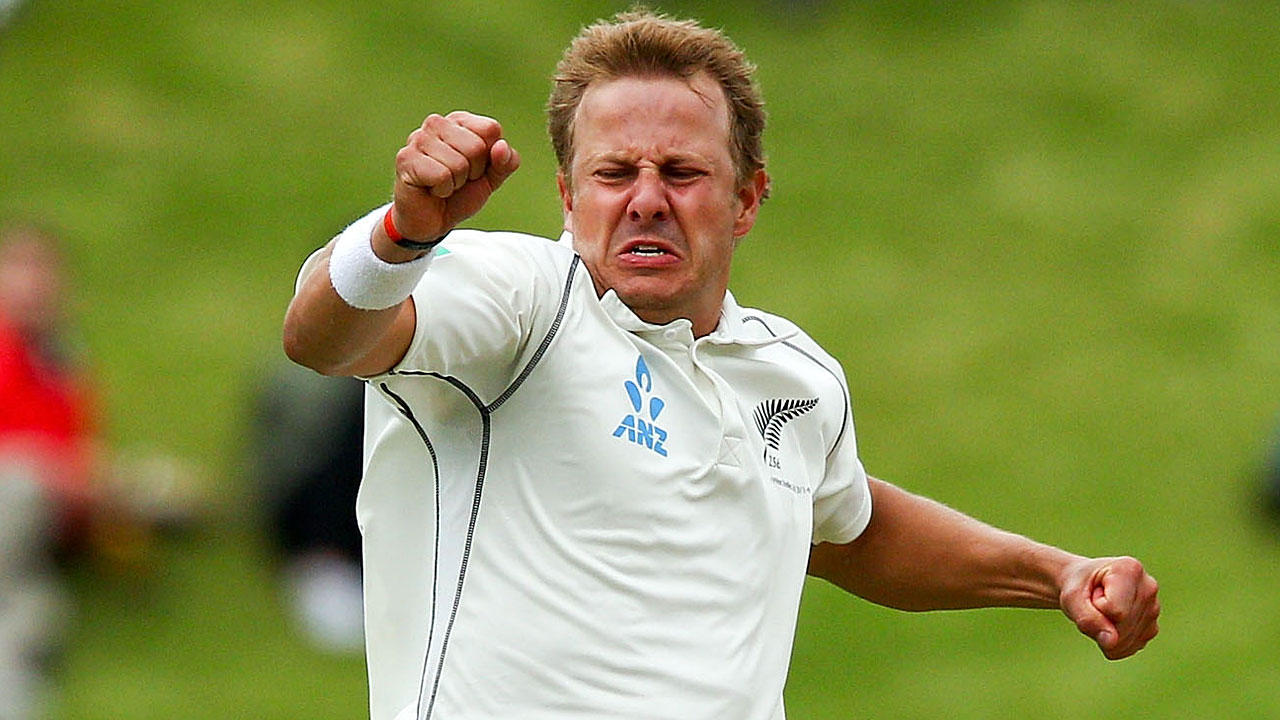 Neil Wagner has been an instrumental bowler for New Zealand in Test cricket; a format only he has associated himself with for the Kiwis since his debut in 2012.

33 Test matches and 139 wickets later, Wagner has reached a new level in handling his side’s responsibility with an added gusto. The left-arm pacer had the best time at the Basin Reserve against West Indies after making it count in conditions that seemed not to benefiting him. The 31-year-old’s ability to swing and seam the ball is a known attribute, but using the short pitch delivery with great effect to wreck apart the Windies, was a moment of greatness.

At the Basin Reserve in Wellington, there was an absence of swing and seam with the pitch not offering much after sending their opponents into bat. But there was bounce in offer and Wagner devoid of the movement in the pitch, used his plan B instead that paved a way for the hosts to cut into the Windies and seal the first Test. Wagner’s Test match figures of 9/141 will be remembered for many years to come.

New Zealand have a short Test schedule in the summer and only three matches remain next. But that will not be a concern for Wagner especially with the spirit he has to make it count no matter what the limitations are. His essence of making the short ball count so effectively was a treat in the first innings that reminded flashes of the 2013-14 Ashes Down Under where Australia’s Mitchell Johnson mauled England with a barrage of the short-pitched stuff. Johnson had finished with 36 wickets in a 5-0 thrashing of their arch-rivals.

Wagner might not be having the pace the former Aussie legend had, but he has the grit that makes him a wonderful Test cricket bowler. The left-arm bowler has the gift of being accurate while bowling short pitched stuff and he was on the money versus the visitors. His dismissal of opener Kraigg Brathwaite and then routing the entire middle order was a class of superiority. The inexperienced middle order came in and had nothing to offer against some serious accurate short pitched stuff and the fun started from there on.

The manner in which the Windies folded in Wellington was noteworthy. From 59/0 to being all out for 134 shows the catastrophe they had to suffer in a whirlwind 7/39 innings spell by Wagner. Getting his short-pitched barrage hit the mark efficiently saw the player enjoy his 33rd Test by seeing his side win so comfortably. Six of his seven wickets fell to short deliveries in a spell that saw a calculative chest height bowling and doing away from all the excessive ploy instead.

Over the years seam bowlers prefer conditions that sees the ball enjoy lateral movement as they extract so much out from the pitch. Here given the limitations, Wagner’s vision was a laudable effort that did not go unnoticed by his skipper Kane Williamson. In a match where Trent Boult found it difficult to get any movement over four days in Wellington, the Kiwis gained a lot through Wagner’s prowess.

Wagner has produced several notable moments in his career especially with remarkable Test match bowling figures. His 8/126 against India in 2014, followed by 7/166 against the Aussies in 2016 were some spirited show at home conditions. Against the Windies he went a notch higher. The commendable aspect about Wagner is his consistency in the longest version of the game especially by bowling for great lengths in the desired channel.

Conditions in Australia and South Africa too assist short-pitched bowling but the likes of Aussie duo Johnson, Mitchell Starc and now Wagner has shown that the right channel and height is the way forward to excel in such conditions. The Windies were aware of the short-pitched stuff that would welcome them, but they had no answer to one man’s excellence, Neil Wagner!