The new and improved Shane Watson 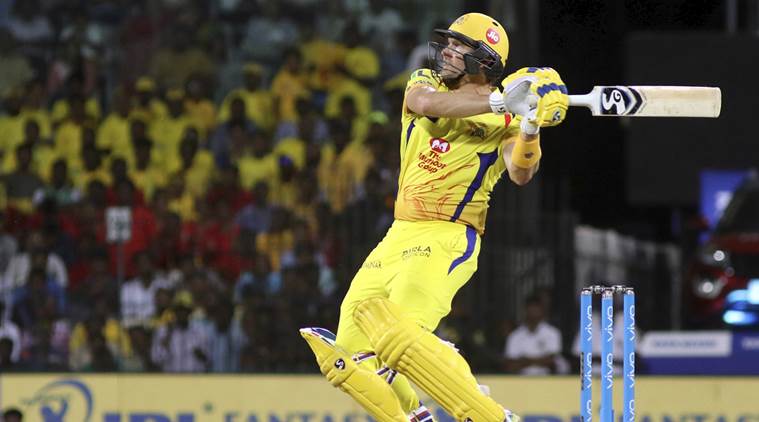 Given his form prior to the IPL 2018- where he didn’t have the brightest results in Big Bash League, Shane Watson was surely lame and dull, a bit like Tuesdays. They are miles away from the happy approaching weekends. But now, in IPL 2018, the Australian all-rounder is making every game he features in a fancy Friday.

He’s struck a cameo; he’s belted a quick-fire fifty and, has produced a stunning hundred. Beside other things related to ball-smashing, Shane Watson has picked 6 wickets. Hell, who’s that 19-year-old masquerading in the body of a 36-year-old Aussie player?

A new and improved Shane Watson

If there were to be an essay written on IPL 2018’s most improved cricketers, Shane Watson’s name would be on top of that list. He could ideally be the Wisden’s equivalent of an IPL yearbook- his famous mugshot prancing the cover. Girls like good-looking men with model features and the rising generation of T20 specialists need something cerebral to munch away health snacks to.

Under the lights or swaying beside the burning sun, the golden luck, chuffed chest, whirring muscles provide a pleasant vignette to gaze admirably at one of the most pleasing strikers of the ball, ever. But perhaps the Shane Watson narrative in IPL 2018- marking a distinct return to form runs deep. And it also calls for close attention to the outfit Shane Watson represents.

If you were to pit the two Shane Watson’s together- one who cut a grim figure for RCB and the other a vibrant presence for CSK- you understand the difference, perhaps quicker than you separate a Sand Shark from a Saw Shark. Back to last season, a batting average of 11.6 deemed Watson to label his own performance ‘worst of my life.’

CSK do to Shane Watson what RCB never could?

He was, after all, still an elite member of a troika featuring Virat Kohli and AB DeVilliers. This time around, he’s not in a troika, he’s one among the many individual talents who contribute jointly to Chennai Super Kings.

Could it be that RCB, a fashionable side and one that hinges on cricketing models you’d swoon in the attention of, rests too heavily on star-players while CSK comes hard at opponents displaying the verve of togetherness?

This, in itself, contributes a difference. IPL doesn’t need star players. It silently mauls opponents by unleashing a chain of talents together. Add to this, the comfort Watson gets in breathing easy looking at what is an astonishing bench-strength.

When Watson doesn’t fire, Faf or Bravo may. And when they won’t, Jadeja or Raina will. When the duo won’t, then Dhoni and Rayudu will, given what he’s doing this season. Moreover, there seems to be nothing more than someone like a Shane Watson nearing 37 would need other than a format that allows him a free expression.

Given a free reign under a mature captain

Kohli’s not necessarily been the greatest of RCB captains. We’re still wondering why Gayle- RCB’s finest wasn’t retained? Why was Corey Anderson- who last featured in national T20 duties- over an year ago even picked?

So much of RCB’s chances often rest on ‘world’s best batsman’ that when he seems not consumed in reaching milestones that lift his team’s fortunes, end up in the construction of an eye-pleasing sky-scrapper that stands on weaker grounds.

Chennai on the other hand, build their base with sound foundations. Unafraid to experiment unlike RCB- who have clearly struck to the Virat and AB formula not allowing a Mandeep or Sarfraz to ever open, CSK have turned a corner for a mature Watson. He’s opened both batting and bowling and has been paired with- although luckily- with Rayudu, in the form of his life. This ensures carnage is rendered to opponents from both ends.

Shane Watson- given under Dhoni’s sensible and mature reign sticks around the unit like glue to a chart-paper. Moreover, CSK isn’t a unit of postcard-perfect faces. Their sizzle stems from collective inputs of an eclectic, wildly-talented bunch. It’s a side where a Faf has no ego issues in carrying drinks onto the grounds and where Dhoni brings himself down, allowing revered ball bashers- Watson, Rayudu, Bravo- to play up.

Given their form and Watson’s significant upping of fitness and consistency- his cardinal weakling- there’s little doubt about why they won’t be in the finals, unless a brain dead moment triggers a collapse.

Liverpool Transfers: Who should the Reds sign between Timo Werner and Adama Traore?