India’s 100% record in the ongoing ICC World Test Championship was broken by New Zealand in the recently-concluded first Test in Wellington.

The Kiwis carved out a 10-wicket win at the Basin Reserve in a match where India’s batting was the major talking point. India suffered their first loss since December 2018 in Perth.

There were plenty of aspects that caught the eye in this Test and New Zealand are on the driving seat ahead of the 2nd Test in Christchurch.

For India, they have plenty to ponder upon and pull their socks. India’s next five Tests are all outside Asia and if they do not resurrect their away form, further troubles will mount for them.

For the Kiwis, this was a crucial win after going down 0-3 against the Aussies in December-January.

“It was an outstanding effort over a space of 4 days. We know how strong this India team is all over the world,” said Kiwi skipper Williamson. Indian captain Virat Kohli highlighted that the team wasn’t up to the mark especially in batting and that made the difference in the end.

Here we present the key learnings and the major records scripted in the first Test in Wellington.

New Zealand bowlers get their plans spot on against Kohli

The Indian skipper has been making the headlines for a while now, not for the right reasons. The ongoing tour of New Zealand has seen Kohli be on a woeful run of form.

And after an ordinary ODI series, he was out of touch in the first Test and mustered just 21 runs. Kohli had been tested outside the offside in the early part of the innings and the extra bounce did him in.

After being dismissed in the slips, left-arm pacer Trent Boult foxed him in the following one with a bouncer. Kohli tried to be a bit more aggressive and ended up getting a faint edge.

The Kiwi bowling unit needs to be lauded here for going in with a plan against the Indian skipper, who is their main batsman in the ranks.

Boult and Southee show their mastery at home conditions 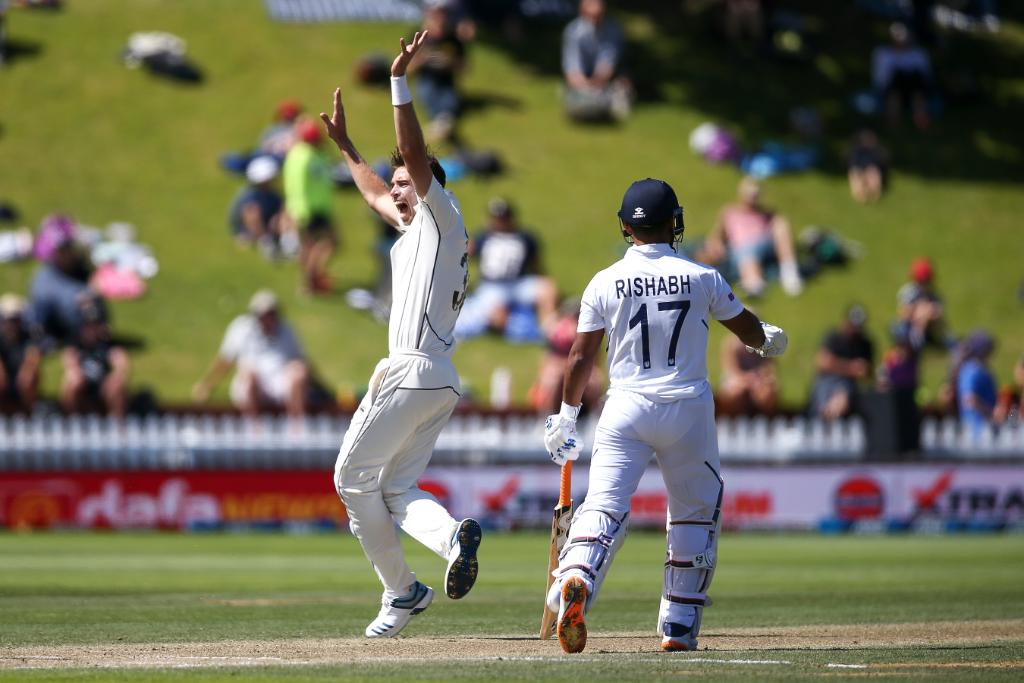 Kyle Jamieson was the hero in the first innings for NZ after getting the key wickets with the bounce he derived. However, senior duo of Trent Boult and Tim Southee were superb once again.

The two have been doing remarkably well at home and they stepped up once again to dismantle the Indian batting with a distinct presentation of swing and seam.

Southee was named the Player of the Match for his brilliant return of nine wickets. He claimed four wickets in the first innings and responded with five scalps in the second.

Boult was intelligent and made the difference in the second innings getting the precious scalps of Cheteshwar Pujara and Kohli.

The Black Caps registered their 100th Test victory and the duo stayed true to expectations. 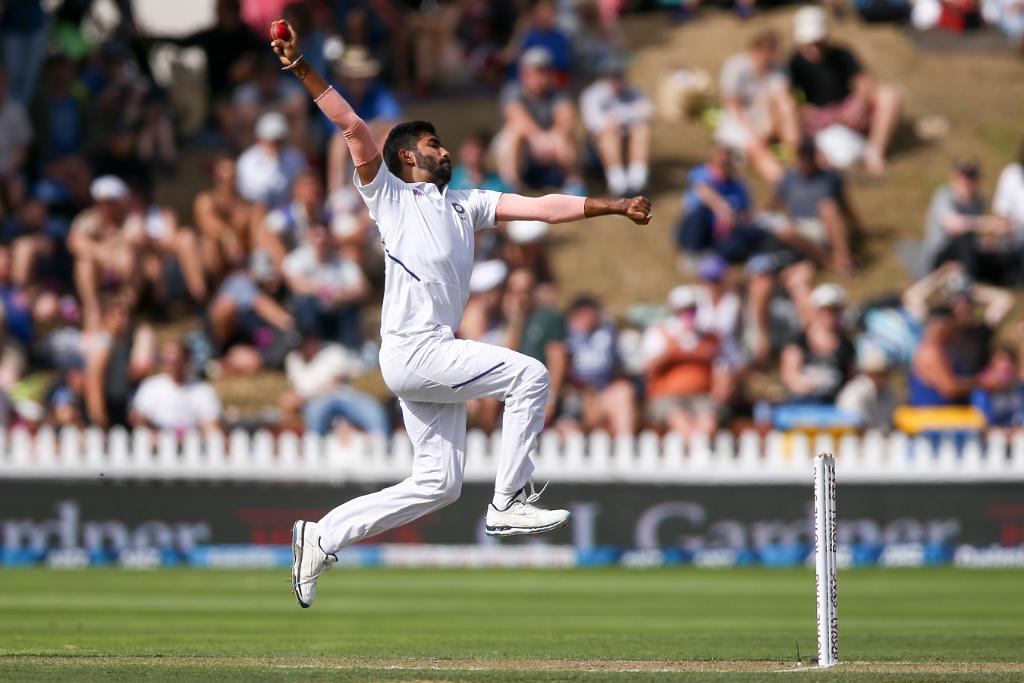 Team India relied heavily on the pace attack and given the bowlers’ performances of late, one expected a defining presence on offer. To have New Zealand at 225/7 at one stage highlighted the work.

However, they lacked the vision and allowed New Zealand to walk away. They bowled full to Colin de Grandhomme and short juicy offerings to the tall Jamieson.

Inconsistency was on offer from India and they made the Kiwis be comfortable.

Jasprit Bumrah extended his dry run as he could scalp a solitary wicket, while Mohammed Shami was out of touch and tried too many things.

The only positive was Ishant Sharma, who made a return from a calf injury. He continued his excellent run of form in New Zealand after grabbing a fifer. 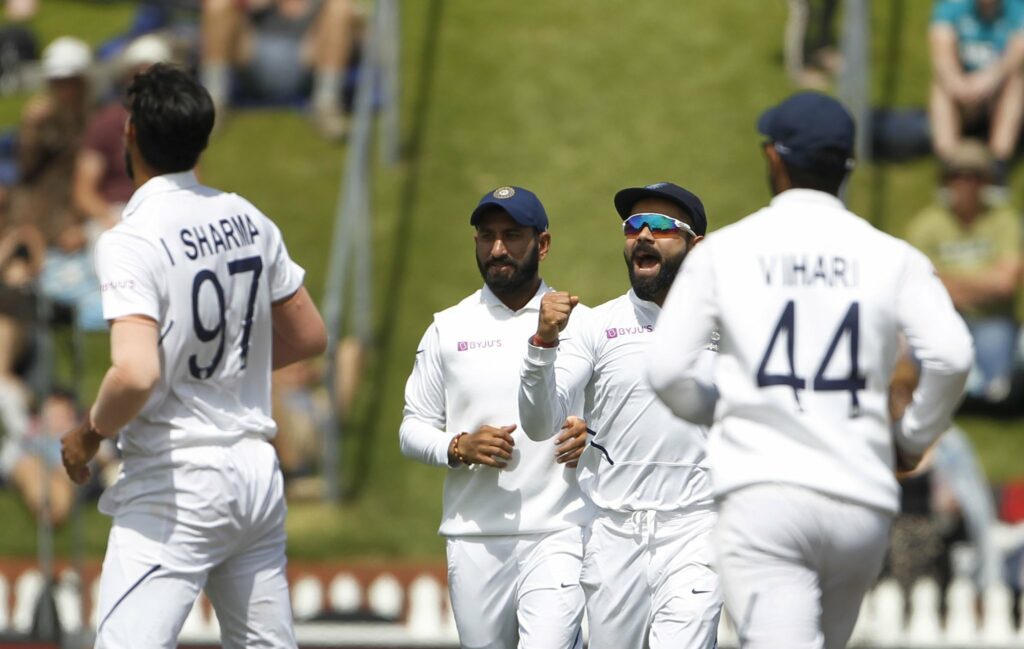 With the wicket of Mayank Agarwal in the second innings, Southee became the first bowler to take 300 international wickets across formats in New Zealand.

Kane Williamson (89) has raced to 6,468 career Test runs. The Kiwi skipper went past the legendary Brendon McCullum (6,453) to be New Zealand’s third-highest run-scorer. He also notched his 32nd career Test fifty in his 79th match.

Meanwhile, New Zealand recorded their 100th Test win in the history of the sport. Till date, the Kiwis have played 441 matches, out of which they have won 100 and lost 175. This was also New Zealand’s third 10-wicket victory against India.