New Zealand showed their mettle and solidity in the 50-over format after dismantling India 3-0. The clean sweep came right after the Kiwis themselves suffered a whitewash earlier in the T20Is.

Under stand-in skipper Tom Latham’s captaincy, New Zealand breathed a sigh of relief to pocked the series 2-0. Kane Williamson returned to help his side then churn another impressive show.

India, who put pressure on New Zealand in the ODIs, couldn’t deliver the final kill.

New Zealand showed more urgency in a series where their batting was a notch higher. The team ensured that they learned the mistakes committed in the T20Is quickly and take charge.

For India, it was a series where the bowling was cut to shreds. It was one of those series where a unit completely misfired. There were a few positives, especially in the middle order.

The ODIs also saw several top-notch records get scripted. In a series where KL Rahul and Shreyas Iyer showed their mettle, the records followed them.

Meanwhile, Virat Kohli and Jasprit Bumrah were poor and unwanted records followed the two. For the Kiwis, they inflicted a whitewash in a bilateral ODI series against India for the first time since 2014.

In this article, we look at the key learnings and the major records that had been scripted.

Team India has found its long-term number five in ODIs

The Indian cricket team has found a solid option at number five in the form of KL Rahul. The versatile batsman showed his quality at number five and managed to scores of 80-plus batting in this position.

The wicket-keeper batsman looked assured of himself and timed the ball to perfection. He brought in that sense of urgency in the middle order.

What stole the show was the way in which the Karnataka batsman set himself up and paced his innings. He scored 88*, 4 and 112 to highlight the importance be brings to the table.

Of late, Rahul has amassed three scores of 80-plus at number five this year. This is highly significant for a natural top order batsman like him.

India will be happy with the likes of Shreyas Iyer delivering consistently at number four, and then finding a long-term fix at number five. Iyer threatened with scores of 103, 52 and 62 to come out all guns blazing.

Indian pacers let the team down, fielding goes a step down 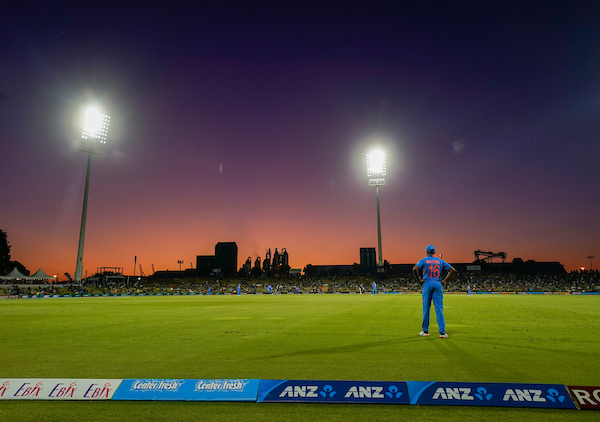 The Indian pace-bowling unit was in shambles in the ODIs against New Zealand. After doing well in the T20Is, the pacers went disarray with their offerings.

The bowling unit was not up to the mark in the three-match ODI series. Bumrah and Co. failed to defend 347 runs in the first ODI.

They also let New Zealand off the hook in the second encounter. The Kiwis were reeling at 197/8 at one stage. From there on, India let them off the hook as New Zealand raced to 273/8. They then defended the total.

On Tuesday in the 3rd ODI, the pacers conceded 205 runs in 27.1 overs. New Zealand chased down the target in style. Notably, right-arm pacer Bumrah failed to take a single wicket in the series.

Sadly, the team’s fielding was below-par throughout. From sloppy fielding to dropped catches, India let themselves down.

Indian captain Kohli had a rather indifferent ODI series against the Kiwis. The 31-year old managed 75 runs from three matches.

The Indian skipper managed an average of just 25.00 is what Kohli managed. Interestingly, this is his worst series average in the last five years. He got scores of 51, 15 and 9 against NZ in the ODIs.

This is Kohli’s ninth-worst series in terms of ODI cricket batting average. Prior to this, Kohli had averaged 16.33 against the Bangladesh cricket team in June 2015.

Over the last five years, the star batsman never accounted for low averages across series. The 31-year-old’s worst series was against Pakistan back in 2012. In that series, Kohli went on to average 4.33.

The staggering records scripted in the New Zealand-India ODIs

In the third ODI, Rahul (112) notched his fourth career century.

He became the first Indian wicket-keeper to hit a century outside Asia after the legendary Rahul Dravid, who struck a century in the 1999 World Cup against Sri Lanka. Dravid had scored 135 in that encounter and also kept wickets for the side.

In the ODIs against New Zealand, Iyer and Rahul became the second Indian pair (number four and five) to notch two century-plus stands. The last pair to achieve the feat was Yuvraj Singh and former Indian skipper MS Dhoni (versus Pakistan, 2007).

New Zealand’s Martin Guptill went on to amass 6,803 career ODI runs.  The right-handed senior opening batsman went past 900 ODI runs against India (925) and became only fourth Kiwi batsman to do so.

Kohli, who slammed a fifty in the first ODI, equaled the likes of Mohammad Azharuddin and Michael Clarke in terms of career ODI fifties (58 each).

The star player also went past Sourav Ganguly (5,082) in terms of most runs as an ODI skipper. Ross Taylor, who bossed the series had scored a ton in the opening match. Taylor slammed his 21st career ODI century.

In that process, he extended his tally for the most centuries as a number four batsman in ODIs (19).