Even at 34, with nearly 180 F1 starts, Hulkenberg appears a talented albeit somewhat dubious figure! 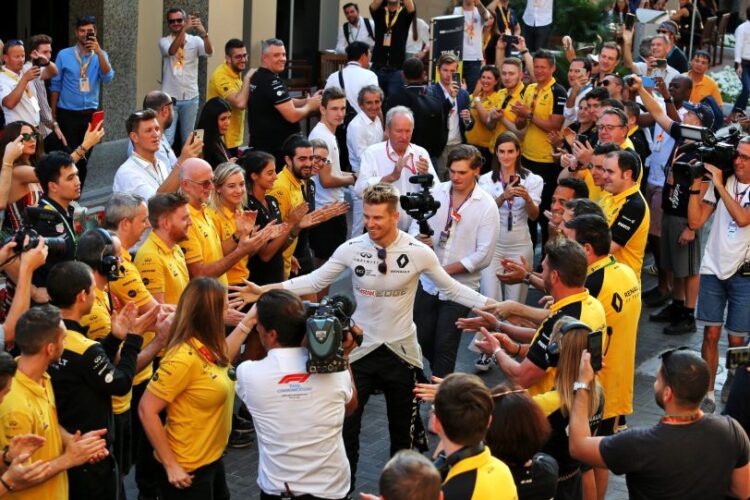 It may not have necessarily occurred to us but perhaps truth is, a lot about how we view success decides how we view ourselves in the end. To make a simple fact of life, seemingly warped in philosophy, clear, it must be said- success isn’t how they see it about you; it’s largely a result of what you make of it, what ruling you pass on yourself.

For instance, if Fernando Alonso were to retire in 2022 end, he’d be retiring as a two-time world champion. But would that do justice to a talent who, at his prime, was able to stop Michael Schumacher? Moreover, deep inside his heart, would Alonso, for all the effort he put versus Vettel in his Ferrari years be contented?

Though the above may not hold true for someone like Kimi Raikkonen, a man not of too many words and someone who seems content with pretty much with everything around him. Make no mistake for he’s the man, who at 38, set the fastest-lap of F1 and to this day, holds no fewer than 46 fastest laps, the most after Schumacher and Hamilton.

How would Kimi rate his journey if he were to ‘finally’ retire at some point; would he be too pleased with a solitary world championship?

Yet beyond what’s good enough and what isn’t, perhaps it makes sense to say it’s still better to have tried and failed but to not have tried at all.

What’s the fate of Nico Hulkenberg?

So when it comes to Nico Hulkenberg- the key question will always be- what ruling would he pass on his F1 career?

For where the fans are concerned, then probably apart from the sentimentalists, the rest have already delivered their verdict.

There’s a reason and it’s no rocket science. Despite getting no fewer than 182 Grand Prix attempts, one of Germany’s most pleasant and talented drivers never stepped onto the podium, forget winning a single Grand Prix.

The ire of the fan, which never eschews even the greats, be it Senna or Hamilton, what’s unpleasant about Hulkenberg is that he got a decade-long stint in the sport, yet never managing to step on the podium, which is the barest of margins to be considered a strongman in the sport.

You could, perhaps, equate it to having a taste for a Pink Floyd concert, forget owning the ticket to a concert in order to be considered a true fan!

While to the Formula 1 purist, who cannot imagine any other form of motor-racing as being any greater than F1, any magnitude of success for Nico Hulkenberg in other racing forms will never be any good for he didn’t achieve anything close to what he could’ve given the talent he possesses.

That’s both dramatic and simple in equal meaure.

Dramatic since Nico Hulkenberg, in stark contrast to what his harshest critics feel, is not an abject failure in racing.

In 2015, competing with Porsche at the daunting 24 hours at Le Mans, the Emmerich am Rhein-born stepped on the top place of the podium along with Nick Tandy and Earl Bamber.

Moreover, that it was his first-ever attempt at a supremely challenging test of nerves, where it’s less about speed and more about long periods of focus, proved Nico was no lame talent.

Yet, what evades Nico Hulkenberg is Formula 1 prominence

Legend states that it took the astoundingly gifted artist Michelangelo two and a half years to sculpt his iconic David, which stands in present-day Florence and is a marvel in the eyes of the world.

Moreover, it took the great Da Vinci four years to render the world’s most talked about painting, Mona Lisa.

Yet, imagine what might have happened if either of these Italian cultural icons would have left their work midway?

The world may never have gotten to see a masterpiece!

In similar vein, that Hulkenberg got no fewer than 3,650 days of running in Formula 1, having competed from the onset of 2010 (2011 he was a test driver) and getting a chance as far as even 2020, with Racing Point as a last minute Perez replacement, he still didn’t collect a podium indicates he’s an incomplete portrait of Formula 1.

Masterpiece or not isn’t a subject of debate.

Yet a skilled driver nonetheless, who gave early surge to what was Force India back then, to reforming Renault, being the senior figurehead during a period of tough transition, including 2017 to 2018, Hulkenberg was a mainstay of a growing side but not its greatest artist.

That he even went as far as gathering a career best finish of Seventh in the Driver Standings for the 2018 season, a year most remembered for the Lewis versus Vettel and Raikkonen battles, proves he had what it took to succeed if not craft a legendary career.

It’s not that opportunities to wave at the crowds from one among the top three didn’t arrive later for they did until as late as the 2019 season, where in his final season with Renault, fate aligned one of Germany’s most-talked about sons to a near-podium place and that too, in front of home crowds: the Hockenheimring.

By lap 34, driving in utterly unbearable conditions, Nico was leading Renault’s charge, racing second, next best only to Max Verstappen, the eventual winner.

But under skiddy conditions and amid inclement weather, he’d spiral out of control and spin out to race-retire.

Perhaps, not wrong to say that back on July 28, 2019, half a million German hearts would’ve stopped beating at having evidenced yet another heartache.

But then somethings just aren’t to be- right?

Some aren’t destined to go the long way, even as fate hands them multiple chances to succeed.

Ultimately, how Formula 1 rates Nico Hulkenberg- 521 F1 points, 2 fastest laps- will be determined by how the racing-obsessed world and the simpleton view the phenomenon that is Nico Hulkenberg.

Will Nico rue over the lost chances, now that he’s 34 and that F1, flooded with youth has no space for him ever again? Or will he derive satisfaction that he, above anything else, got a chance to lead a long career in the end where many eclipse after just a season or two?

It depends who you are at the end and there’s no international court of justice that can pass a legitimate ultimate ruling on this.