Manchester United want to get rid of some of the players in their squad but that doesn't make them useless footballers. There is life outside Old Trafford, just ask Chris Smalling. 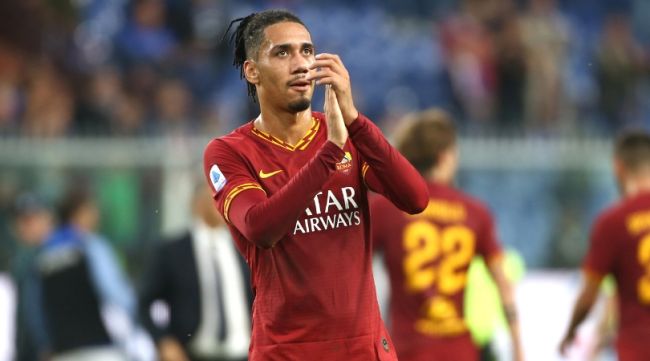 With the season drawing to a close, the focus will quickly shift towards the humdrum of the summer transfer window, which opens on 27th July.

It is that brilliant time of the year when an official club Twitter handle could announce a peace deal in the middle-east or a working vaccine for COVID-19, but still thousands of fans will reply them with ‘Announce *insert name of the player the club have been incessantly linked with*’.

There is a feeling that some fans enjoy buying and selling of players more than the actual football during the season. The fan frenzy the transfer window can attract can often be crazy and devoid of reality, but here we are.

However, amidst the industrial-level rumour-mongering in the transfer window, what often escapes our consciousness are the players who are being traded.

If you are one of the top players who are attracting interest from the big clubs, it is a brilliant situation to be in. It is great to be a Jadon Sancho, knowing a club of Manchester United’s size are prepared to spend big on him.

But there are players who will be facing uncertain futures, even if they are at the biggest clubs and have healthy pay packages.

These are the players who are often termed ‘deadwood’ in the media. It is never nice for footballers to know that they are not wanted and it is worse if you are at the biggest clubs.

Manchester United manager Ole Gunnar Solskjaer is expected to spend big in the market but he is also keen to shift some of the players out of the squad.

It is both a squad and a financial necessity. But some of these players have spent all their careers at Old Trafford and it will be difficult to move on. But it shouldn’t be and there is a career for them outside Old Trafford.

Leaving Manchester United is not the end of the world

Football is a ruthless business and clubs do not think twice before trying to get rid of players they don’t want. It’s a bit rich for clubs and fans to demand loyalty from players when the same standard is not held at the other end.

There are players at Manchester United who are good footballers, who have played World Cup semi-finals but have hit a dead-end at Old Trafford.

The noise around modern football often eats away at the confidence of players who are not wanted. If you get dog’s abuse on social media and regularly get told that you are not good enough, some of that noise will get inside your head, no matter how much you try to insulate yourself and leave in a bubble.

Lingard has been a Manchester United supporter all his life and is one of the success stories of the academy. There are clubs in Italy and England who would be ready to snap up a player who have scored big goals for Manchester United and played in a World Cup semi-final just two years back.

He is a good footballer, whose time at Manchester United is up. But the level of abuse he gets on social media whenever his name is on the squad is galling. Is anyone surprised that whenever Jesse Lingard is on the pitch he looks bereft of any confidence?

Is he a bad footballer? No. Can he rediscover his mojo at a different club in a different league? Yes, of course.

Phil Jones was compared with Duncan Edwards when he joined Manchester United in 2011 and was one of the coveted young players in English football. He has had some great seasons at the club but it is a shame his body has not been his friend.

Too many injuries have meant, Ole Gunnar Solskjaer cannot depend on the defender to stay fit consistently. But he is close to spending a decade at the club, is a Premier League winner and was regularly used in the league by former Manchester United manager Jose Mourinho.

One might not like Mourinho but it is difficult to argue against his judgement of defenders. Like Jesse Lingard, Phil Jones is a good footballer and has not forgotten how to play the game.

Will he get into teams such as Real Madrid or Barcelona? Nope, but he can easily play in the Premier League or Serie A. He has also hit a brick wall at Manchester United and it will be good for him to move on.

Lingard and Jones or for any of the others who are considered as deadwood at Old Trafford have some fine recent examples of players who have excelled after they were considered finished at Manchester United.

Jonny Evans’ had one bad season at Old Trafford and like Phil Jones, got vilified by the fans. He was an academy product but leaving the club was one of the best decisions he made in his career.

The Northern Irishman was solid at West Brom and it led to interest from Arsenal and Manchester City a couple of years back. He has been fantastic at Leicester City this season and Brendan Rodgers has often stressed the importance of the experience Evans has brought to his defence.

More recently, we have Chris Smalling who have discovered that he is not the horrid footballer that he was made out to be by a section of Manchester United fans over the last couple of years.

He moved to Italy last summer with Roma and suddenly discovered that he is one of the best defenders in one of the top five leagues of European football. It is not surprising that he wants to stay in the Italian capital and is in no mood to return to Manchester United.

Why would he return? Manchester United and England fans were more interested in what he can’t do rather than what he brings to the table as a defender.

Jonny Evans and Chris Smalling are only two of the many examples of players who just needed a change of scenery to rediscover that they are solid footballers.

The noise often gets into one’s head no matter how self-assured a player could look. I’d not be surprised if Jesse Lingard and Phil Jones rediscover their mojo once they leave Old Trafford this summer.

These are proper footballers who have performed at the top level. There is absolutely no reason why another club won’t get the best out of them in the near future.