Czech Karolina Pliskova was upset in straight sets by Frenchwoman Caroline Garcia, Alexander Zverev also through to the third round. 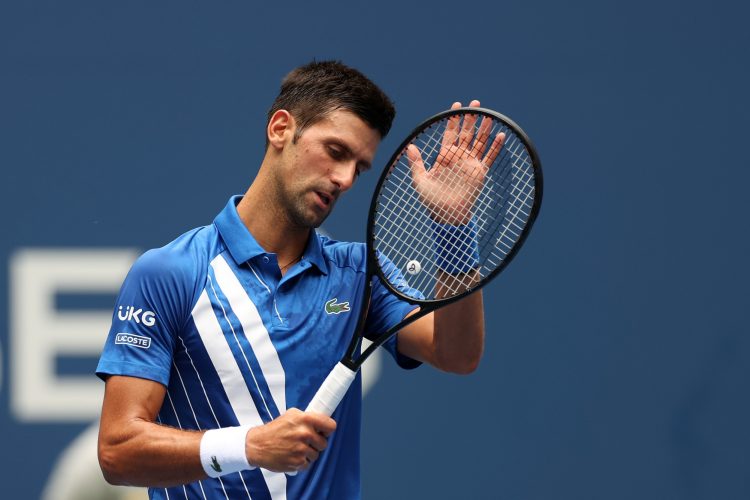 Two of the most-awaited clashes Day 3 at the US Open ended on contrasting notes.

While 17-time Grand Slam champion Novak Djokovic sailed into the third round, women’s top seed Karolina Pliskova of Crezh Republic made a first-round exit, in what was the first big upset of the year’s last Grand Slam.

The Serb, who eased past Bosnian Damir Dzumhur in the first round, was up against Briton Kyle Edmund, an opponent who, with a bullet serve and a powerful forehand, wasn’t going to be a pushover.

The Briton did put the Serb through a ‘very good test’, but the latter eventually came through in four sets. The Briton took the opening set before the Serb lifted his game to win the next three. The eventual scoreline read 6-7 (5-7), 6-3, 6-4, 6-2.

Edmund wilted quite literally in the New York heat, as, after matching the Serb stroke for stroke and drawing applause with some amazing baseline play, his game fell away. He had to change quite frequently between games as his kit was drenched in sweat. He lost the next three sets rather tamely as the Djoker brought his trademark endurance and stamina into play to progress to the next round.

Fellow Brit Cameron Norrie, however, coasted to a 6-3, 6-4, 6-4 win over Argentine Federico Coria. The win took the 25-year-old to the third round of Grand Slam for the very first time.

Speaking courtside after the win, Djokovic said, “You could see how much both of us were sweating. That’s Grand Slam, best-of-five matches.”

Both sets of players seemed to be going through the motions in the third set. The Englishman managed to save one break point in the third before a backhand went awry, giving the Serb a crucial service break. That was the opening that the 33-year-old needed as he closed out the set and the match.

The top seed will battle Jan-Lennard Struff of Germany in the next round.

The women’s top seed was left chasing shadows as Frechwoman Caroline Garcia grabbed the first set 6-1. Though Pliskova did mount a fightback thereafter, Garcia wasn’t about to let go her advantage as she eventually won the closely-fought second set 7-6.

Lauding her opponent, Pliskova said, “There are just some girls who are playing good tennis. I think Garcia is one of them.”

In another big-ticket clash, Greek title-contender Stepanos Tsitsipas got the better of big-serving American Maxime Cressy 7-6 (7-2), 6-3, 6-4 to move to the third round.

Reflecting on his debut win on the famed Arthur Ashe court, the tall, long-haired Greek said, “My experience playing in Arthur Ashe for the first time was one of the best. It would be even better with fans, spectators coming to watch. But getting a first glance, a first taste of what it is playing in Ashe is great for me.”

The German was unusually error-prone, committing 35 unforced errors, but managed to come away a winner in a tick or two shy of three hours. Next up for Zverev is 32nd-ranked Frenchman Adrian Mannarino, who beat American Jack Sock 7-6 (7-5), 7-5, 6-2.

While Pliskova exited the tournament, her countrymate Petra Kvitova progressed to the second round along with German Angelique Kerber.

Indians will tune in to Day 4 at the Flushing Meadows as 23-year-old Haryana lad Sumit Nagal will battle World No. 3 Austrian Dominic Thiem. Wary not to show any nerves ahead of the game, Nagal said, ” I have got nothing to lose. Last year, I played Roger Federer and this year Thiem. It’s going to be a great match. For sure, I’m not the favourite.”

In other Day 4 action, Slam queen Serena Williams will take on Russian Margarita Gasparyan in Round 2, while current Australian Open champion Sofia Kenin of the US will meet promising Canadian teen Leylah Fernandez.

Belarussian Victoria Azarenka will battle compatriot Aruna Sabalenka in another Round 2 clash.

While all eyes will be on Nagal as he steps out in his quest to go one better than Somdev Devvarman, the tennis world will hope for another exciting day’s play at the Meadows.