Numbers Game: Indian Test Pacers Out To Cause Issues For New Zealand In Tests 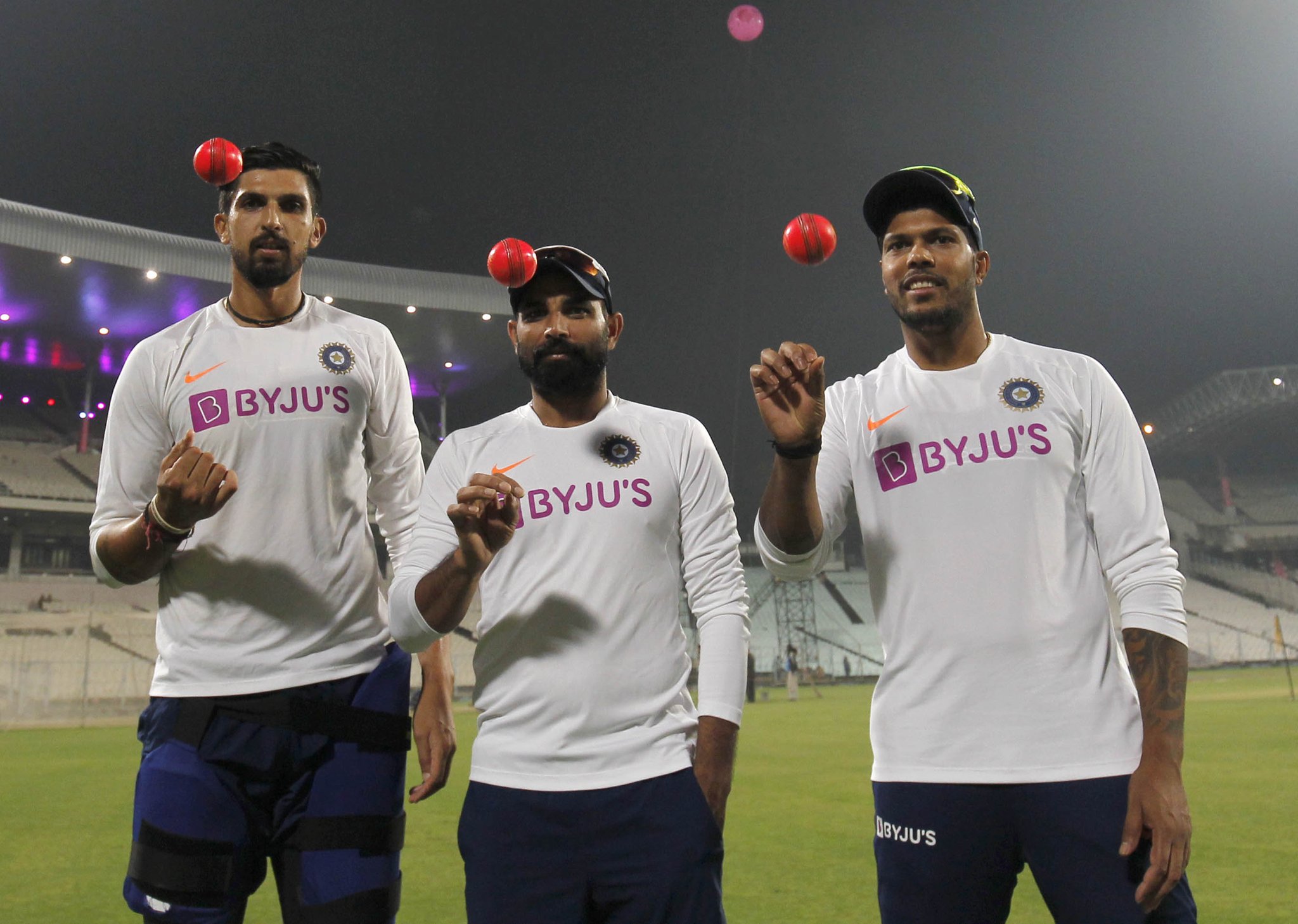 New Zealand and India are involved in the first Test at the Basin Reserve in Wellington which started on Friday. On an overcast and windy day, Team India ended a rain-hit Day 1 at 122/5.

The play was possible only till Tea. What we saw on offer were the conditions that are set to help pacers at large. This will see the Indian pacers watch the proceedings carefully.

New Zealand pacers thrived as expected after extracting plenty of purchase on a pitch where a good ball can always get the better against you at any stage of a match.

There is movement aplenty with swing and seam dictating the play. Also, the bounce is on offer and if you are intelligent enough, then pitching the deliveries in the right channels will help in claiming wickets aplenty.

The Kiwi bowlers were smart and Kyle Jamieson led the show with figures of 3/38. The debutant got the prized scalps of Virat Kohli (2), Cheteshwar Pujara (11) and Hanuma Vihari (6) on an action-packed day.

The likes of Trent Boult and Tim Southee claimed one wicket apiece. With similar conditions expected on Day 2. the Indian bowlers will look to do the same and produce the goods when the hosts come into bat.

The Indian pace attack has been producing substance for a while now. Since 2018, the side has had important Test tours to South Africa, Australia, and England.

And now New Zealand completes the show with the list of SENA nations. In between, they also toured West Indies last year and the pace-bowling unit wreaked havoc.

Given their heroics on home soil of late that included whitewashing of South Africa and England, the Kiwi batsmen can expect quality stuff.

Post the New Zealand Tests, India’s next assignment is against Australia Down Under in 2020-21.

In this article, we look at why the Indian pacers will make it difficult for the Kiwi batsmen in this Test series and make this a closely fought battle.

Indian pacers have been of real quality for a while now 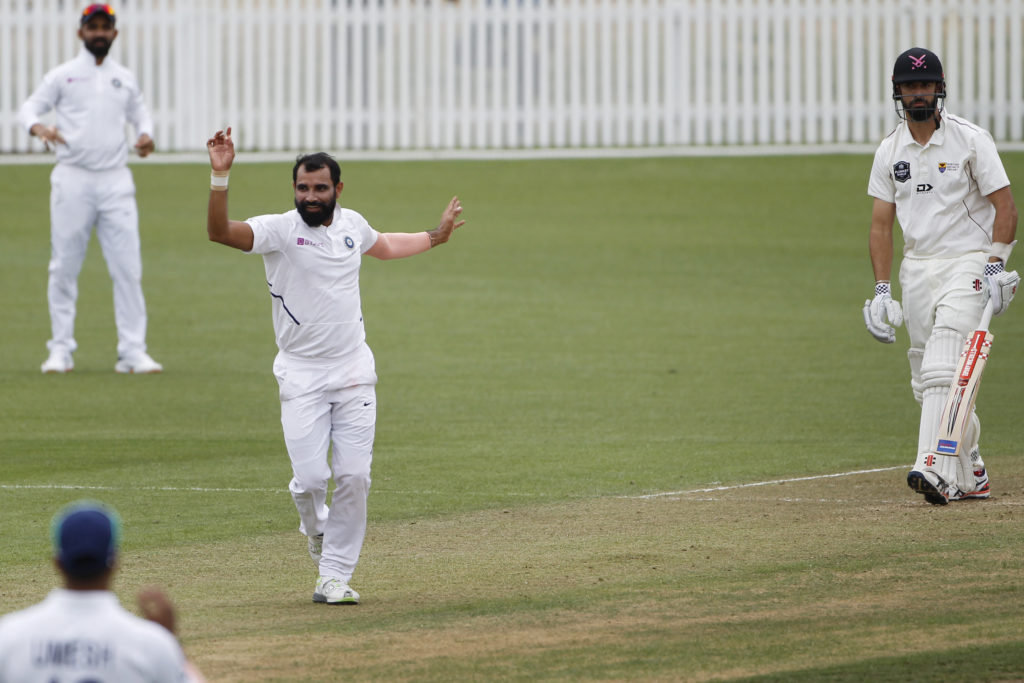 India has quite the advantage when it comes to experience in the bowling unit. Talisman Ishant Sharma is 96 Tests old and has clinched 292 scalps.

Whereas, Jasprit Bumrah, who made his debut in the longest format in 2018, has already been impressive by claiming 62 wickets in 12 matches.

The last of the lot in this squad is Navdeep Saini, who is yet to make a Test appearance.

The Indian pacers can be likened as one of the best in the world. They are at par with the likes of England and Australia.

Also, all the Indian pacers have now developed the knack of claiming five-wicket hauls pretty frequently.

In the last three series for India, the quartet of pacers have picked six five-wicket hauls. That’s pretty remarkable. 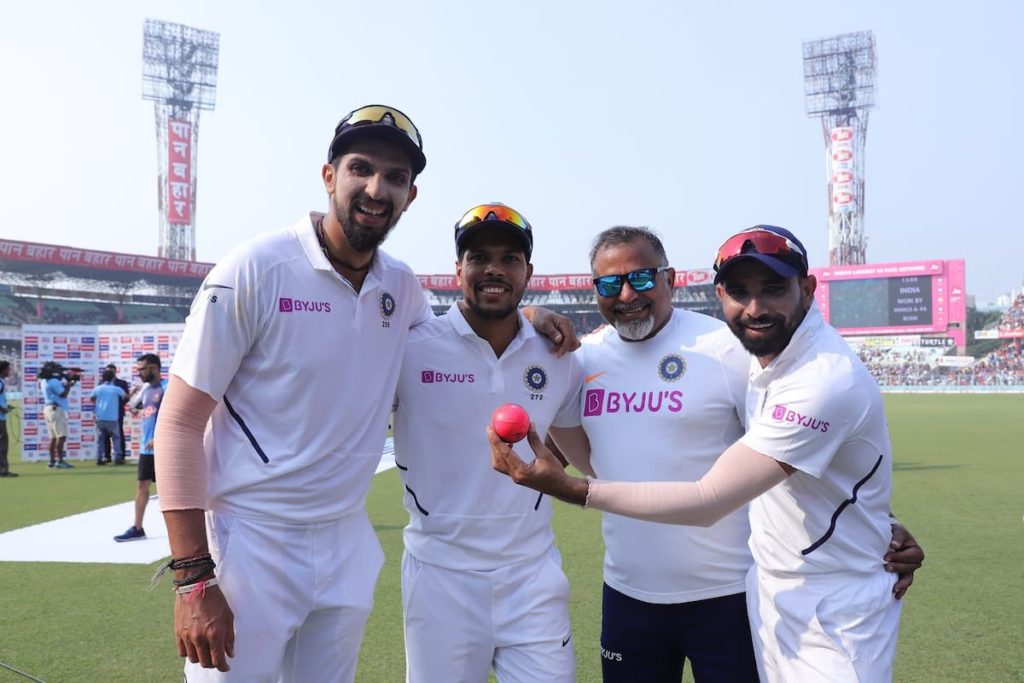 When you look at 2019, Indian fast bowlers accounted for a staggering tally of 59 scalps (at home). These 59 were out of the 100 wickets claimed in total by the side.

And one expects the team to continue the form in 2020 as well. They played three Tests away from home. The Indian pacers clinched 36 scalps in total in these games.

In the ongoing ICC World Test Championship, India have featured in seven Tests.

Besides the 59 wickets in the two series at home by the pacers, the two-match series against West Indies also saw them dominate the show.

Against West Indies away from home, Indian fast bowlers collected a total of 33 wickets out of the 40 taken.

That’s a total of 92 scalps by the Indian fast bowlers in a total of 7 Test matches since August 2019.

India, who are on top of the table in the World Test Championship with a 100% record, are being carried by the pacers at large.

Indian pacers have been terrific in SENA nations since 2018

When you look at the performances in South Africa, England and Australia, it is evident Indian pacers will excel in New Zealand.

Ishant, who has a great track record in this nation, has claimed 37 wickets in 10 Tests in these three nations since 2018.

Bumrah, who has claimed all of his 62 wickets overseas, has claimed 49 scalps from 11 Test matches in this period. The impressive Shami has been terrific as well and boasts of 47 wickets in 12 Test matches.

The three quicks who spearhead the bowling have 133 wickets between them in 12 Tests. This is a phenomenal return for Team India.

Therefore, there is no doubt that the Indians will bank heavily on the crop of pacers. The idea will be to pitch the ball in the right areas and gain maximum from the surface.

The New Zealand team suffered from their batting in the 0-3 loss against Australia in 2019-20 and India will be aiming to look at the same see how the opposition can be tested.