Ode To The “Shorthand Of Speed”: The Inimitable Stirling Moss

What made Sir Stirling Moss a one of a kind talent, beyond the annals of the sport he excelled at? 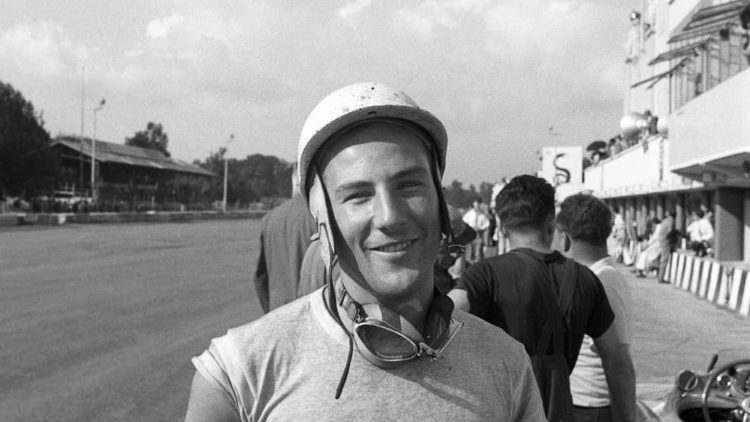 Sir Moss was a one of a kind talent (standard.co.uk)

Perhaps it may not be incorrect to state that the definition of a great demands greater introspection than is usually afforded.  It’s ever so more in case of the highest echelons of Grand Prix racing: Formula 1.

In a sport that is endlessly challenging, where the term fatal often accompanies speed, death keeps itself busy conniving new tricks to find its subjects. Yet there are men constantly willing to put themselves on the line, flirting with mortal danger in their surge for greatness, even if that means lurking around in circles with undeterred speed.

One among the many legends who did that time and again, without compromising on the very value that marks a sportsman in his own league- Sportsmanship- was Stirling Moss.

A man who never offered a slapstick response or a cheeky send off to either the media or his contemporaries, but preferred to remain the same on the grid as he was off it, there was a grace, a class about Sir Stirling Moss.

What Made Sir Stirling Moss One Of A Kind?

Long before such a thing as the turbo-powered engine had even come to exist, an era where sausage kerbs hadn’t yet been invented to safeguard drivers, Sir Stirling Moss drove with rip-roaring speed, never compromising on the genteel personality which separated him from the rest of his peers.

This was a special trait and a hallmark one in that it underlined Sir Moss’s personality as a gentle giant in a rugged contest where tempers and egos often reigned supreme, where at the back of the tiniest mistake of the other, you spew venom on the team radio.

Moss instead preferred to focus for long hours, directing his energies at uplifting his racecraft, his pairing with the great Fangio at Mercedes-Benz Grand Prix team yielding a partnership heralded as a timeless wonder in the annals of the sport.

So utterly remarkable and precise was his race craft that the man, who along with the Argentine great came to be known as the “train” (for how closely the two followed each other in a race) seldom floundered on the race pace vis-à-vis Fangio, especially on tracks like the complicated Zandvoordt and the iconic Silverstone.

A Sensational Run In F1

A man as pleasing in personality as he was gentle and giving, Sir Stirling Moss contested with utter regard and integrity in 10 back-to-back seasons.

That the 1950s and the 1960s, were in effect, early years for the sport itself made Moss’s discovery of Formula 1 and his own feats in the contest sublime, like a tale that deserves to be retold.

It’s often forgotten how sacrosanct is Sir Stirling Moss to Formula 1, the great Englishman arriving in the sport as early as just the eighth-ever Grand Prix of the sport itself, debuting at the eye-catchy Bern-based Swiss Grand Prix of 1951.

What followed thereon would be a series of vastly inspirational and utterly demanding performances that have outlived time and emerged legendary.

Going By The Great Numbers

That he was able to collect 24 podium finishes from just 66 race starts meant that Sir Stirling Moss’s rate of consistency is nearly as phenomenal as any legend in the sport, separated by eras.

Doing the math tells us that the man celebrated as the “shorthand of speed” scored 1 podium from every 2.75 F1 appearances.

That’s not a “Stirling” record; that’s pure gold of the kinds the great hunters in the top annals of the sport have been acclaimed for.

The Only Vacuum In A Famous Career

But if there’s a heartbreaking vacuum in a decorated career that began with the famed HWM in 1951 and touched palpable heights such as scoring 10 fastest laps only from 14 occasions with Ferrari, conquering Silverstone with blazing speeds with the iconic W196 at Silverstone, then it’s the world championship.

Not once did Sir Stirling Moss, who even went on to conquer the onerous Mille Miglia driving at an average speed of 98 mph (for 993 miles), win a world championship.

But whether that void in an otherwise glittery career is regarded as a downer is something that’s up to the stakeholders and us fans, whose keen interest and attention to detail make Formula 1 larger than life and its characters bigger than any Marvel or DC superhero.

Must we, therefore, apply ourselves to take full cognizance of a tireless trier and above anything, a doer in F1 who attained so much more if not a single driver’s title- such as the legendary works drives for Jaguar and HWM, beating undoubtedly the greatest of his time, in Fangio, during his maiden drive at Silverstone, 1955 and leading the Vanwall and Maserati teams to their early resurgence.

For that and more, we tip our hat to the man who kept his cool when most lost theirs in the dangerously skiddy and unpredictable drives to conquer glory.