Everything you need to know about Odisha FC's upcoming ISL 2020-21 campaign. 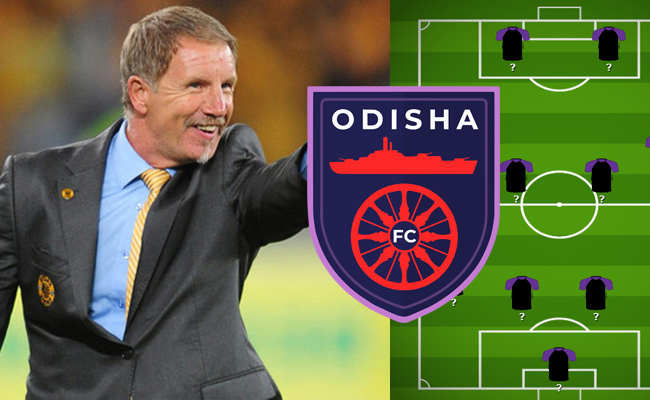 Will Stuart Baxter be able to turn around Odisha FC's fortune this season?

Indian Super League (ISL) side Odisha FC will take the field in India’s top-flight for the second time in their short history. The Juggernauts, as they are called, are a replacement for Delhi Dynamos FC.

Just like the Dynamos, the Bhubaneshwar-based side are being touted as the dark horse and the giant killers of the ISL. With a large pool of young talents and proven foreigners, new head coach Stuart Baxter is sowing the seeds of a new Odisha FC.

Manuel Onwu: Onwu started slowly at his first stint in the Indian Super League at Bengaluru FC. He failed to get settled and moved to Odisha FC for a whole new challenge.

His 2019-20 stint at Odisha FC turned out to be his breakthrough period in Indian football. Onwu single-handedly led a depleted Odisha FC side and made them finish sixth in the standings.

He scored seven goals and provided three assists in 10 games. Onwu will be crucial to Odisha FC’s chances in the upcoming edition of the ISL as the primary marksman of the side.

Marcelinho: Following his decent stints at Delhi Dynamos FC, FC Pune City and Hyderabad FC, Marcelinho will turn out for Odisha FC in a similar role.

Marcelinho is a brilliant free-kick taker and will be pivotal to creating chances for the likes of Manuel Onwu to score. Marcelinho’s sudden burst of pace and trickery may turn out to be useful for Stuart Baxter’s side.

Steven Taylor: The former Newcastle United central defender will be the leader of defence at Odisha FC. Taylor has immense experience and is considered to be one of the biggest signings of the ISL 2020-21 season.

The former Wellington Phoenix man will be expected to guide younger defenders such as Shubham Sarangi, George D’Souza and partner Jacob Tratt at the heart of Odisha FC’s defence. Taylor’s can also be a handful in set-piece situations.

Stuart Baxter often went with the 4-2-3-1 formation at his previous clubs. But after analysing Odisha FC’s squad, it is likely that Baxter may shift from his orthodox ‘Christmas Tree’ formation and play a 4-4-2 set-up.

The focus of Odisha FC is expected to be down the wings with a crowded midfield to cut off supply and earn quick balls.

Odisha FC fixtures (Till Round 10)

Odisha FC have a large pool of young Indian talents and experienced national team regulars. The foreign contingent is also a big improvement from the previous season.

However, due to the lack of proven Indians and foreigners, especially in the Indian Super League, Odisha FC may take longer to settle down and play as a team.