A third-place finish is not the bar at Manchester United but the club have seen shoots of progress under Ole Gunnar Solskjaer. 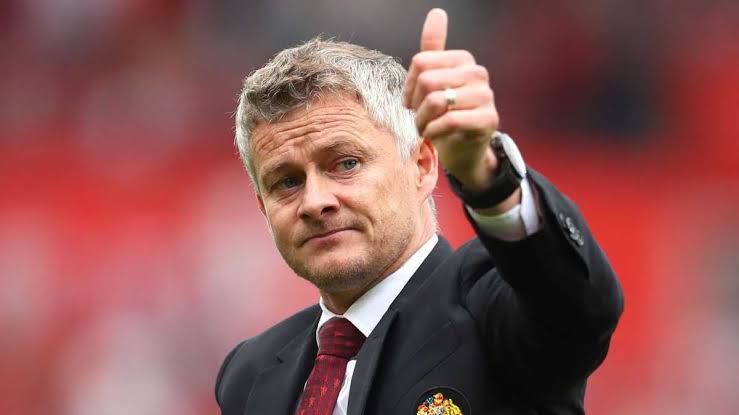 Ole Gunnar Solskjaer’s first full season as Manchester United manager has thrown up a lot of narratives around Old Trafford.

Is a third-place finish and three semi-final exits good enough for Manchester United? Of course, not. The English giants want to win the Premier League again and compete with the best in Europe in the Champions League.

But can it be looked as a season of progress? A season where the club are finally moving towards a sustainable period of growth following the turmoil under David Moyes, Louis van Gaal and Jose Mourinho? Yes, but a lot will depend on what they do this summer in the transfer window.

Some Manchester United fans will never take to Ole Gunnar Solskjaer as their manager as he is not a big name in the coaching world but thankfully, they are in the minority.

Most Manchester United fans appreciate the work the Norwegian has carried out over the last 18 months especially the way he has tried to take the club back to their core identity.

‘Cultural reboot’ was the buzzword at Manchester United last summer and there are definite signs that the club are in the right direction under a manager who understands the ethos the way a Louis van Gaal or Jose Mourinho never understood or cared about despite being bigger names than Ole Gunnar Solskjaer.

Ole Gunnar Solskjaer was decisive about the players he wanted out

Opposition fans are having a field day at the expense of Manchester United since Inter Milan made it to the final of the Europa League. The involvement of Romelu Lukaku, Ashley Young and Alexis Sanchez in the Inter squad has given them a stick to beat Manchester United with.

One would hardly find a Manchester United fan who laments the loss any of those three players. Young was a popular member of the squad but he was third choice left-back towards the end of his time at Old Trafford.

The club were desperate to offload Sanchez and were thankful to Inter for initially signing him on loan and then on a permanent deal.

Has Romelu Lukaku proved Ole Gunnar Solskjaer wrong? I do not think so. The Belgian’s goalscoring ability was never the problem but the Norwegian wanted a different forward to lead the line for Old Trafford.

In fact, Ole Gunnar Solskjaer has been vindicated as the trio of Marcus Rashford, Anthony Martial and Mason Greenwood have outscored the feted Liverpool trio of Roberto Firmino, Sadio Mane and Mohamed Salah this season.

Ole Gunnar Solskjaer also managed to move out Chris Smalling on loan and the defender is expected to leave the club on a permanent deal this summer.

A few players still managed to stick around but the Manchester United manager succeeded in trimming the squad and is expected to continue the work of shifting the deadwood this year as well.

The Manchester United manager is clear about the players he wants in his squad and his culling of the unwanted stars has been nothing short of ruthless.

As Ole Gunnar Solskjaer has famously said that he would rather have holes in his squad than a**holes.

Manchester United went into the market last summer with the intent of signing a leader in central defence and a top class right back. They landed both their top targets in Harry Maguire and Aaron Wan-Bissaka albeit after paying big money for the duo.

Maguire has improved Manchester United’s defence despite his detractors saying otherwise and Wan-Bissaka has turned out to be a defensive tank on the right flank.

Manchester United have conceded less number of shots on goal than last year and have the third-best defence in the league. They also have the most number of clean sheets in all competitions amongst teams in the top five leagues.

Ole Gunnar Solskjaer brought a rare clarity in Manchester United’s recruitment which was missing since Sir Alex Ferguson retired in 2013. There was no haphazard spending, no snapping up players offered by favourable agents nor any desperate attempt to land a big-name star.

They backed out of their pursuit of Paulo Dybala once it became clear that the player was reluctant to leave Juventus. They ended talks with Christian Eriksen once it became apparent that he wanted a move out of England and Real Madrid were his first choice.

Manchester United could have easily offered more money in terms of wages but they decided against making the same mistakes in the market.

Manchester United needed an attacking midfielder of class to unlock their potential and in came Bruno Fernandes in January. The Portuguese changed the course of Manchester United’s season and was another example of clear thinking on the part of the manager.

The Manchester United manager has brought in more focus on proper background checks of players before signing them. Ole Gunnar Solskjaer has stressed on the importance of signing the right kind of character for his squad.

One could be sure that Solskjaer would have wanted a replacement for Romelu Lukaku and was disappointed not to get one. But unlike Jose Mourinho, he didn’t play political games in the press to put pressure on his bosses. Internal dealings and disagreements were just that, INTERNAL.

A definite style of football on display

Just four wins from the first 14 Premier League games was not good enough for Manchester United. There were real fears that Ole Gunnar Solskjaer could be shown the door midway through the season, but his bosses persisted with him, showing the kind of patience unknown at this level of the game.

It was hard to believe Solskjaer’s claims that he could see improvements in his team during that dire run. But he saw things in his team behind the scenes that most of us didn’t.

The fact that he was managing to beat teams such as Manchester City, Chelsea and Leicester during that stage of the season was a sign that Ole Gunnar Solskjaer was just not delivering hollow words.

Manchester United’s ability on the counter was on display against the likes of Manchester City and Chelsea but they were struggling to break down the so-called lesser sides.

Bruno Fernandes’ signing gave Ole Gunnar Solskjaer the player he wanted and his vision was on display in the second half of the season. They remained a threat on the counter just due to the sheer pace in attack but defending deep against Manchester United was no longer the solution.

Manchester United have provided a glimpse of the kind of football they would likely play more consistently once Ole Gunnar Solskjaer has all the pieces of the puzzle in the right place.

The difference between the two defeats against Sevilla

If Manchester United fans are asked to chart the downfall of Jose Mourinho at Old Trafford, they are likely to point towards the Champions League exit at the hands of Sevilla in March 2018 as the beginning of the end for the Portuguese.

Manchester United conceded 22 shots at Sevilla but somehow escaped the Basque nation with a 0-0 draw in the first leg. At Old Trafford, Manchester United produced one of the most uninspiring performances of the last decade to exit the Champions League.

The football they played was the anti-thesis of everything the club’s history and fans demanded.

The mood after that defeat was of deflation and it was clear that Mourinho was never going to get the club. It was no surprise that nine months later the Portuguese was an ex-Manchester Unite manager.

The Red Devils suffered another defeat at the hands of Sevilla in the Europa League semi-finals last Sunday. The mood following the loss was of disappointment and a missed opportunity, not deflation.

Manchester United played some of their best football during periods of the game against the Spanish side and had they been more clinical at the start of the second half, the game could have been dead and buried long before Luuk de Jong scored the winner for Sevilla.

There are lots of ways to lose in football and none of them are pleasing. But the difference between March 2018 and August 2020 is that playing well, missing chances and getting caught on the break is much better than playing badly, creating little and subsiding.

Manchester United weren’t good enough on Sunday night, but you can see how soon they might be.

As Princess Leia said at the end of the Rogue One: A Star Wars Story on receiving the plans of the Death Star, it was hope for the rebels fighting the evil empire.

Ole Gunnar Solskjaer has given hope to Manchester United fans this season of a brighter future. The club have seen a lot of false dawns over the last seven years. But there is a sense that the Norwegian has finally managed to steady the giant ship.