Trounced 1-6 in the opening set, the Japanese mounted a spirited comeback to take the next two 6-3, 6-3 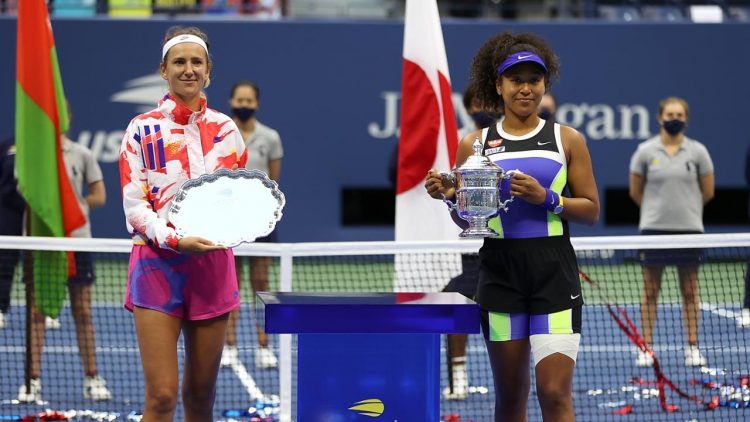 While the US Open this year has been one of many firsts, what went down on Saturday surely stands out. A Grand Slam final like no other, played to spectator-less seats and in the deafening silence of a bio-bubble. Before the title-decider at the famed Arthur Ashe on Saturday, one would never have imagined a final where stupendous rallies and stunning strokes were not met with wholesome applause and cheer.

However, a final it was nonetheless, and a darned good one at that. It was a pity that there weren’t near enough people to laud and bow to the indefatigable and never-say-die spirit of Naomi Osaka, which saw her mount a heroic comeback from a point where all seemed lost and eventually claim her third Grand Slam title.

Before the World No.9 Japanese could so much as catch a blink and realise what had hit her, her opponent, 27th-ranked Belarussian was leading 2-0 in the opening set. As it turned out, the Japanese could only win a single game on her serve as the Belarussian took the first set 6-1.

Numbed and needing to up her game quickly if she had to take the final to a deciding set, the Japanese turned it around quite spectacularly. Bringing her fighting spirit to the fore, Osaka got a service break off the Bekarussian and held her own to take the second set 6-3.

Asked to share the thoughts that visited her mind after being trounced in the opening set, Osaka said, “I just thought to myself to be positive, don’t lose 6-1, 6-0. Hopefully give her a slight run for her money. I just sort of ran with that line of thinking.”

Reflecting on her run in the year’s last major, Azarenka said, “I had a great two weeks. I enjoyed myself. I did everything I could today. I’m not necessarily disappointed. It’s just painful to lose. That is what it is. I was close. But it didn’t go my way.”

While Osaka ended the Slam on a triumphant note, Azarenka, in her own words, will keep pushing for her third and more as she goes along in her career.