While the German will vie for a place in the final after coming through a tough four-setter against Croat Borna Coric, the Japanese swatted American Shelby Rogers in straight sets 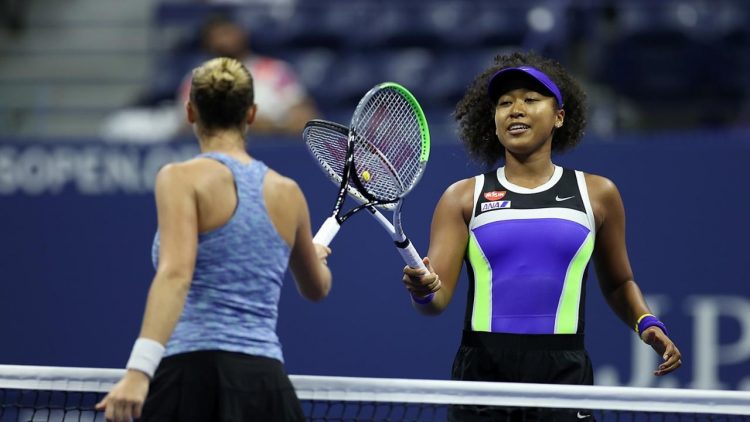 Day 9 at the Flushing Meadows saw men’s World No.7 Alexander Zverev and 2018 US Open champion Naomi Osaka move to the semi-finals of the year’s last major.

The German, who is seen among the top title contenders in the men’s draw, came through a tough four-setter against World No.32 Croat Borna Coric. The Croat got off to a roaring start at the Arthur Ashe stadium, claiming two service breaks and winning the opening set 6-1.

However, just when it looked like the German may be headed for the exit door, he produced a stunning comeback, taking the next three sets 7-6, 7-6, 6-3.

In another last-8 encounter at the famed arena, the Japanese two-time Grand Slam champion came through in straight sets against 93rd-ranked American Shelby Rogers. Rogers was simply no match for her superior opponent as the latter waltzed into the semi-final with a facile 6-3, 6-4 win to book passage to the semi-final.

Reflecting on how far she has come to be among the contemporary stars in the game, Osaka said, “I don’t think a person can ever be truly comfortable. But I’m aware that I worked very hard to be in this position.”

In another keenly watched last-8 battle at the Arthur Ashe, 27th-ranked Spaniard Pablo Carreno Busta came through a tough five-setter against World No.17 Canadian Denis Shapovalov. The Spaniard, who was leading World No.1 Novak Djokovic when the latter was disqualified from the tournament for accidentally hitting a lineswoman with a tennis ball in a moment of fury, took the opening set rather comfortably before dropping the next two. However, just when it seemed that his opponent had the momentum going his way, Busta staged a spirited fightback, taking the next two sets and booking himself a place in the last four.

In more quarter-final action, 41st-ranked American Jennifer Brady moved to the last-4 stage with a commanding 6-3, 6-2 win over 35th-ranked Yulia Putintseva of Kazakhstan.

Wesley and Metkic drew Brazilian Bruno Soares and Croat Mate Pavic in the final. The Brazilian-Croat duo came through in straight sets against Jean-Julien Roger of the Netherlands and Horia Tecau of Romania.

Day 10 will see Slam queen Serena Williams taking on Tsvetana Prironkova of Bulgaria for a place in the final. In an all-Russian men’s semi-final at Arthur Ashe, Daniil Medvedev will battle Andrey Ruvlev.