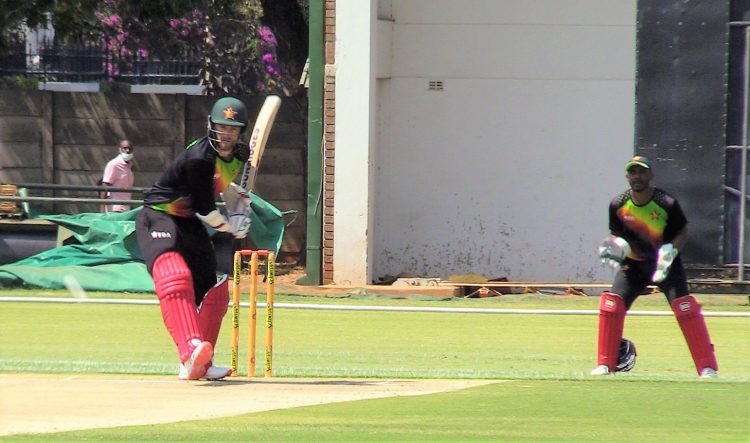 It was 2015. Pakistan was in the middle of the international cricket isolation that was forced upon them ever since the March 2009 terror attack on the Sri Lankan cricket team in Lahore.

The ramifications of that incident stung Pakistan. They had to play Tests and ODIs in the UAE as foreign teams refused to tour Pakistan after the attack.

During this entire period, the cricket stadiums of Lahore, Karachi, Multan and Rawalpindi as well as other centres in Peshawar and Gujranwala all fell into ruin.

With no fans, no international teams and with the Quaid-e-Azam not getting many spectators in, there was a real danger that cricket might die in Pakistan.

Then , in May 2015, after the pain of the World Cup exit at the hands of Australia in Adelaide was confirmed, an unlikely ray of light shone through the dark clouds.

Pakistan’s international isolation was about to end. In May, Zimbabwe announced that they would be touring Pakistan for three ODIs and three T20Is. The news spread across Pakistan like wildfire.

The tour went ahead with Zimbabwe getting presidential style security at every single point in time. There was an explosion during the second ODI in Lahore. The officials said it was an electrical transformer that blew.

In reality, to avoid panic, it was a suicide bomb attack that was thwarted by security forces. Trust Pakistan to once again give a spin on terror as always!

Zimbabwe ended Pakistan’s isolation. Following their arrival, there were tours by ICC World XI, Sri Lanka, West Indies and ultimately, their Test isolation was ended by Sri Lanka and Bangladesh in 2019.

It was Zimbabwe’s gutsy move that enabled Pakistan to get international cricket back on its soil. But, what did Zimbabwe get in return? No acknowledgment.

The Pakistan Cricket Board marketed the series between Pakistan and the ICC World XI as the ‘first series’ to be played in the country. Such was the depths of shamelessness that the Pakistan Cricket Board descended into for marketing the series that one thought that it was the ultimate slap on Zimbabwe’s sacrifice. Since Zimbabwe’s clout in ICC was negligible, they could only do but watch as their contribution became sidelined.

Now, Zimbabwe are going to end Asian cricket’s isolation from cricketing activities due to the coronavirus pandemic. Bangladesh and Sri Lanka were expected to break the Asian rut in cricket due to COVID19 but issues over quarantine have put a question mark on that series.

As usual, Zimbabwe, no questions asked as they too are starved of competitive cricket due to the ICC’s skewed broadcasting marketing model, agreed to come to Pakistan for three ODIs and three T20Is.

They will give a new lease to the Multan cricket stadium, which will be hosting an international after 12 years. Everyone in India remembers Multan for that was the place Virender Sehwag etched his name in the history books by becoming the first Indian triple centurion in Tests.

Will Pakistan respond in gratitude unlike in 2015? With Pakistan being Pakistan, it is very difficult to gauge whether they will be grateful for a minnow-like Zimbabwe to enter the country in tough times. But, Zimbabwe is going to bail Pakistan out of tough times twice. And that is no mean feat.