Pant in as injured Dhawan ruled out of World Cup 2019 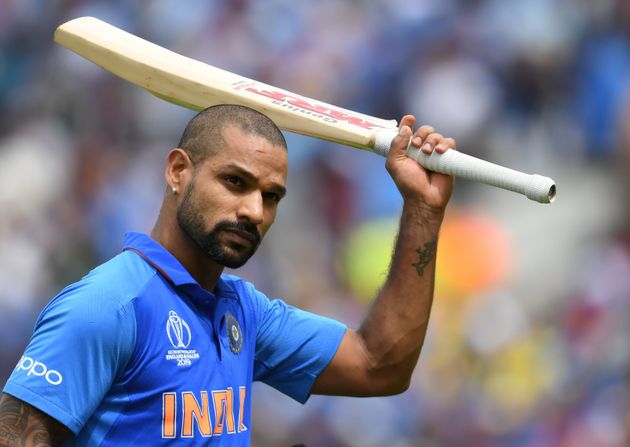 Shikhar Dhawan, the Indian cricket team opener is officially out of the World Cup 2019. Rishabh Pant, the promising wicketkeeper-batsman who is already with the team will be the official replacement for Dhawan.

Shikhar Dhawan injured his left thumb during India’s match against Australia. Later it was revealed that he sustained a fracture and would need some rest.

According to the reports, the team management didn’t want Dhawan to be out of the tournament and so wanted to wait for a few days for his recovery.

Dhawan was under observation and initially out for a number of matches but expected to be fit by the end of June. Sanjay Bangar, the Assistant Coach of Indian cricket team said, “We will take at least 10-12 days to take a call on Shikhar’s condition. We don’t want to rule out a precious player like him.”

Rishabh Pant, the young keeper took a flight to England as a cover for Dhawan. This clearly meant that Dhawan was very much in the 15-member squad and Pant was not a ‘replacement’. Post Dhawan’s recovery, Pant was supposed to return to India.

But on Wednesday the sources revealed that Shikhar Dhawan is not fit enough to play the remaining World Cup matches. According to IANS report, “Dhawan has been ruled out. He is not in a position to take part in the World Cup.” PTI also revealed, “ The injury will not heal in time.” Later even the Board of Control for Cricket in India (BCCI) took to Twitter and confirmed the news.

BCCI informed that the 33-year old batter “has been diagnosed with a fracture of the first metacarpal on his left hand.”They further posted, “Following several specialist opinions, he will remain in a cast until the middle of July and therefore will not be available for the remainder of #CWC19”.

I feel emotional to announce that I will no longer be a part of #CWC19. Unfortunately, the thumb won’t recover on time. But the show must go on.. I'm grateful for all the love & support from my team mates, cricket lovers & our entire nation. Jai Hind!? ?? pic.twitter.com/zx8Ihm3051

Shikhar Dhawan smashed a 109-ball 117 against India and laid the foundation for India’s victory when he developed the injury. Although the Indian cricket team has a strong reserve bench with potential substitutes, this is going to be a major blow for India.

Dhawan has a terrific record in ICC events and even started this World Cup with a bang. With Dhawan out of the playing eleven, KL Rahul will be the permanent opening partner of Rohit Sharma for the remaining matches.

The number four slot was filled with Vijay Shankar in the last match against Pakistan. He failed to perform with the bat but delivered with the ball and scalped two major wickets.

The team management, in all likelihood, will not change the combination and try Shankar for more matches.

But he really needs to add runs to strengthen the middle order else India has to change the combination in the latter part of the tournament. Dinesh Karthik is better keeping option so will be kept for the same if required. Pant will get a chance if Shankar fails to prove himself.

So it’s final Rishabh pant in world cup 2019 has joined as a wicketkeeper-batsman.