The Aussie speedster advises Kamlesh Nagarkoti to have the belief that he can recover from injuries starting out and prolong his career. 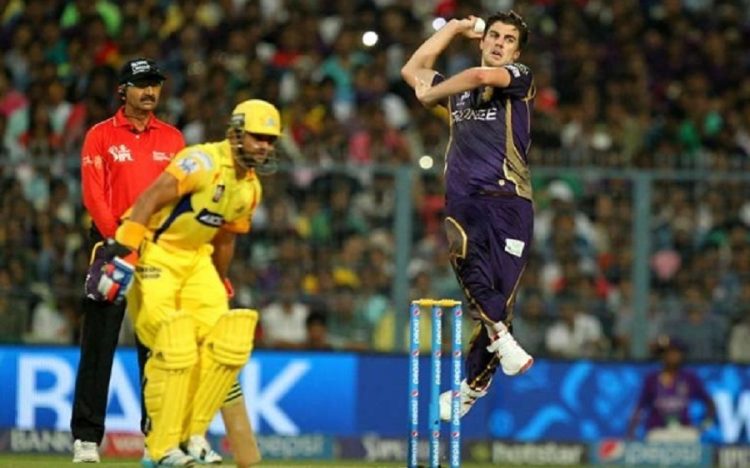 Having jetted in straight from an arduous limited overs tour of England, which tested the Baggy Greens both in terms of their cricketing skills and fortitude to survive the monotony of bio-bubble, Aussie speedster Pat Cummins has joined the Kolkata Knight Riders (KKR) camp in Abu Dhabi.

Taking some time out for kkr.in, the opening bowler, who would spearhead a young KKR pace attack this year, shared his thoughts on his injury setbacks, his early years in the game and working with a new coaching staff in the form of Brendon McCullum and Kyle Mills.

Asked how important it is to develop a good working relationship with McCullum, who has come on board as the new KKR coach, Cummins said what he is really excited about more than anything else is that he won’t have to bowl to him. He said ‘Baz’ (nickname for McCullum) is someone he has admired for his aggressive and fearless approach to the game.

“Whether it was his stint as the captain of New Zealand team or his approach in the IPL clashes, I just love the way he goes about it. He really wants to put on a show and take the game on,” the fast bowler said.

On being labelled the best bowler in the world by KKR’s bowling coach and former Kiwi paceman Kyle Mills, the New South Wales quick said, “I feel the same about him as I do about Baz; again, an ex-player, an absolute master of his craft.

The opportunity to go and work with Kyle, who has played around the world, will definitely bring to me different things that I never thought about bowling before.” He said he was ‘really excited’ to be working with him.

Quizzed on whether he saw himself coming into fame and fortune so early in his career, Cummins, who got his Sheffield Shield call-up for New South Wales at just 17, said, “No way, absolutely not! I was in my final year at school.

My mates played football but they were not too much into cricket. A couple of weeks after I was done with my final exams, I was suddenly playing for New South Wales on TV and all my friends were surprised because they didn’t know that I played serious cricket!

Everything happened so quickly that before I knew anything, I was lining up with Ricky, Ponting, Michael Clarke and playing a Test match a few months later. So, it was an incredible experience that happened so quickly and I find it to be a rare thing. But I absolutely loved it!”

Asked how he kept his spirits up through phases in his career when he struggled with injuries, the New South Wales quick said, “It was certainly a few tough years. Since I was six years old, summers for me would mean cricket.

And then suddenly, I was a professional cricketer but I wasn’t playing any cricket during summer. It was all weird. There were these great games at SCG I would feel like playing but I was injured.

“It was so close but because I was injured, I couldn’t even go and play backyard cricket. In terms of the schedule, just at the start of the Aussie summer, I would get injured and by the end of the summer, I’d just be starting to get right.

That’s how I’d go and play overseas and again at the start of the next summer, I’d get injured. So, it was tough because I felt I was wasting so many years. But I again got back to my 100%.

While recuperating at the Nation Cricket Academy under the watchful eyes of Rahul Dravid, his coach during the title-winning campaign in the 2018 Under-19 World Cup, young tearaway Kamlesh Nagarkoti received plenty in the way of encouragement through an inspiring account of Cummins and his successful return from injuries.

Asked what advice does he have for his KKR bowling mate, who missed two seasons of IPL cricket through an injury, the Aussie speedster said, “The big one that all the coaches and ex-players would advise you is a simple thing – you need to be patient.

It is really an easy thing to say and think of but an 18-year-old missing games is actually a very hard thing to live with.

“You just need to have the trust that you might miss a season or two at the start of your career but you might end up playing till the age of 36 or 37, as opposed to 31 or 32. Everything that you do during this time, sets up the foundation block for a long and healthy career.”

Asked if he sees himself as someone who would be expected to pick up wickets in the powerplay (first six) overs as opposed to containing batters at the death, the KKR spearhead said, “We have to talk about that when we get out there and pick the side. The thing I love about T20 cricket is (that) it’s ultra-attacking, or at the death, it’s ultra-defensive. So if you’re an all-out bowler, you get to bowl any time of the match. That’s why I love the format.”