Paul Pogba is gradually but surely fading away at Manchester United

Manchester United are more or less preparing for life without Paul Pogba and he is most certainly on the way out of the club. 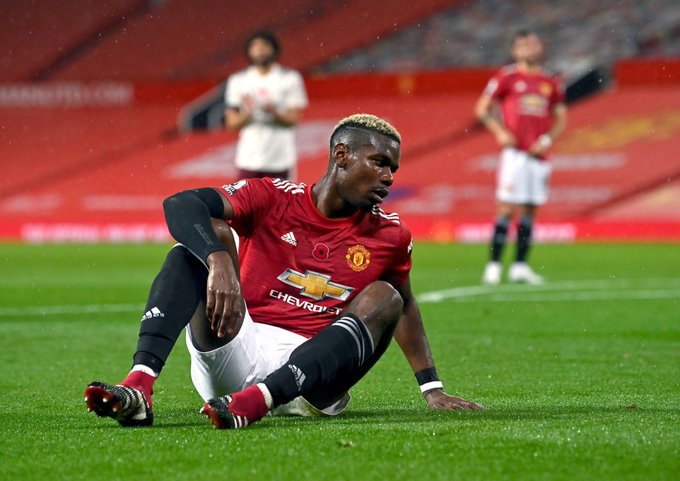 Paul Pogba is far away from the player Manchester United believed they signed in 2016. The elaborate campaign that led to the Frenchman joining with a video package involving British rapper Stormzy, there was a real feeling of the Red Devils signing one of the superstars of world football.

And five years ago Pogba’s star was on the rise. He was part of the juggernaut Juventus team and was recently named in the FIFPro World XI. The midfielder played a key role in France playing in the European Championship final that summer and he did go on to win the World Cup two years later.

It felt like Manchester United were signing a player who would go on to become the cornerstone of one of the more successful sides at Old Trafford. However, the story has unfolded in a vastly different way.

He won the Europa League and the League Cup at Manchester United but fell out with Jose Mourinho, the manager who signed him in 2016. For a brief period, Paul Pogba threatened to become the player everyone feels he could be under Ole Gunnar Solskjaer but inconsistency has dogged him throughout his time at Old Trafford.

And at this point, it looks his time at Manchester United will end in a tepid way with the Frenchman gradually fading away from the forefront of things at Old Trafford.

The Frenchman was horrendous on that day and gave away a silly penalty in the second half as well. Fred and Scott McTominay solidified Manchester United’s midfield performances and results improved over the course of the next few games.

Pogba did impress in the Champions League against RB Leipzig and was very good in the 5-0 win over the Bundesliga outfit. The Frenchman started against Arsenal and was again muted in his performance. He also gave away another silly penalty that handed the Gunners the three points at Old Trafford.

He didn’t start in the shambolic defeat against Istanbul Basaksehir and was again missing from the starting eleven in the win over Everton last weekend.

Paul Pogba was supposed to be the face of Manchester United but for the moment, he is not getting a look in due to Fred and Scott McTominay’s performances in the middle of the Park.

France coach Didier Deschamps claimed that the midfielder is not happy at Manchester United and it has come as no surprised. Rarely an international break goes by where Paul Pogba is not talking about his interest in playing for Real Madrid or the state of his mind at Manchester United.

But it seems the Premier League giants are finally running out of patience with Pogba. He is set to enter the final 18 months of his contract at Manchester United and has been getting increasingly sidelined at Old Trafford.

Super agent Mino Raiola spoke about the possibility of Pogba signing a new contract earlier in the year but that seems distant at the moment. At 27, he is supposed to be at the peak of his powers and not playing regularly must be rankling him at Manchester United.

But with the likes of Bruno Fernandes and Donny van de Beek in the squad, Solskjaer is no longer dependent on Pogba to provide creativity from the middle of the park. Fernandes has more or less upstaged the Frenchman since his arrival in January and is now the talisman for the Red Devils.

Van de Beek’s arrival in the summer was curious as Manchester United didn’t really need another midfielder and his limited playing time has not been a surprise. But it seems Manchester United were preparing for Pogba’s departure next year by bringing in the Dutch international.

It seems unlikely that Pogba will sign a new contract and all signs point towards his departure from Manchester United at the end of the season. The Premier League giants are also unlikely to get £89m they paid to sign from Juventus in 2016. But his exit, it seems, will be the best solution for everyone involved.

It is not what Manchester United would have envisaged when they signed him all those years ago but at the moment, both the club and the player need a fresh start.

Manchester United could do without the distraction and Pogba would benefit joining a club where the spotlight is not always on him when he is on the pitch.

We are a long way away from the dazzling Stormzy and Paul Pogba video that announced his return to Manchester United with the #Pogback Twitter trend.