The announcement of the Indian Premier League dates and the venue have gladdened the hearts of the fans despite the lingering coronavirus threat. 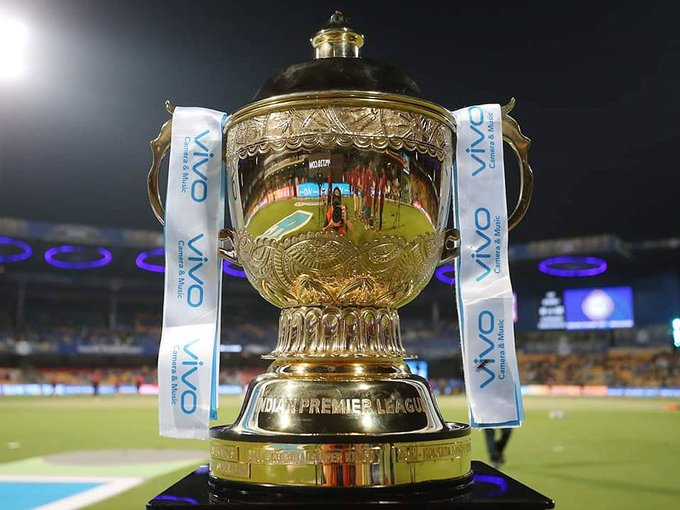 The 2020 edition of the Indian Premier League will be held in the UAE from September to November first week. (Credits: Twitter)

The 13th edition of the Indian Premier League (IPL) has almost gotten the green signal.

The tournament will be played from September 19 and will continue till the first week of November. Everything has fallen into place for the tournament to take place.

The postponement of the World T20 in Australia under the garb of ‘logistical hassles’ in the wake of the coronavirus pandemic has been conveniently set aside. Instead of 16, the ICC along with the BCCI deemed it logical to continue with a tournament which has just eight teams. Less numbers you see!

But, all cricket fans are not concerned. The tournament will likely be played behind closed doors, thus paving the way for the new normal of TV Broadcasting and live streaming only method of revenue.

Sharjah, Abu Dhabi and Dubai are the venues where the games will take place. Only three venues, less traveling and more viability in maintaining the bio-secure bubble.

More numbers in UAE than Australia

The UAE has over 57000 cases of the novel coronavirus, with 250+ cases on Thursday. Australia, on the other hand, has only 13,000 cases but it is a fresh second wave of the coronavirus there. Primarily, the main hotspot is Victoria, where Melbourne, the sporting marquee capital is located. Australia’s value for life mechanism is robust and that is why for them, safety is paramount. UAE’s quarantine laws are pretty relaxed while Australia’s is the strictest.

It does not take a rocket scientist to figure out that despite more cases in the UAE, why must a major cricket tournament be held which has lots of players and support staff?

It is all about economics! One cannot forego Rs 4000 crores, even if it is a financial powerhouse like the BCCI. The IPL’s cancellation could have resulted in the total meltdown of boards like Cricket Australia, England Cricket Board, New Zealand Cricket Board and Cricket South Africa while the BCCI would have taken a huge hit. Rs 4000 crore is a lot more important than the coronavirus in this case.

However, the cancellation of the ICC World T20 and the IPL in it’s place has exposed one very clear thing. The IPL, in its 12-year journey, has now reached a crescendo where even a major ICC tournament can be revamped. All the talk of the ICC and hosting marquee events seems shallow in the wake of whatever has happened.

Happiness for fans amidst a scare

One cannot call the happiness of the fans misguided. Sporting action all over the world is resuming slowly.

Bio-bubbles and closed door action is the new normal. In the ongoing series between England and West Indies, barring the Jofra Archer infringement, the series has been smooth and has made people relieved that cricket can be played in this way.

The resumption of the IPL, minus fans, will still be a viewing spectacle.

But, how much can one trust the fickle nature of the Indian population following the rules? If, god forbid, the likes of Rohit Sharma or Virat Kohli infringe the rules like how Jofra Archer did, it will be interesting to see what the BCCI and the IPL GC do at this time.

It must be pointed out that the way how the ICC World T20 was postponed, the priorities of the cricket world and fans are crystal clear. IPL IS everything. Everything else can take place later.