The new Premier League season starts on Saturday and some fresh narratives will unfold in a campaign that is going to be far more intense and condensed compared to other years. 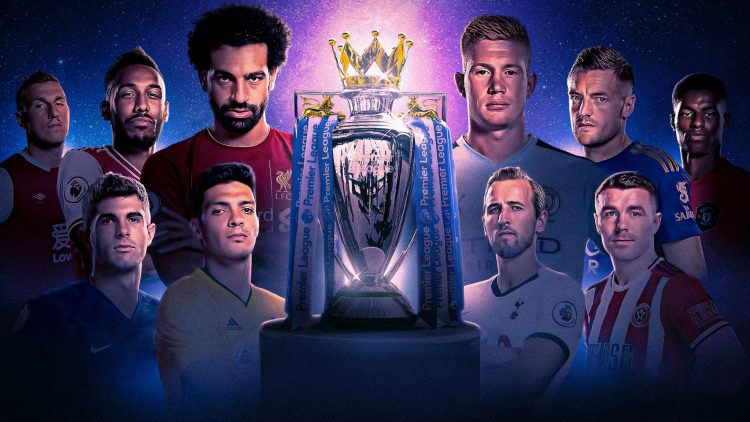 The new Premier League season is upon us. (Image Credits: Twitter)

A little under seven weeks after the last game of the 2019/20 campaign was played, another Premier League season will kick off on Saturday when Fulham host Arsenal at Craven Cottage.

The unprecedented nature of the times means most teams have had a curtailed pre-season and will have to deal with a Premier League campaign that will be far more condensed and without a mid-season winter break.

Throw in the domestic cup games and European football, the medical and the strength and conditioning teams of the Premier League clubs could be the most overworked staff next season.

But the games are here and the new Premier League season brings fresh hopes and aspirations for the clubs involved. The first few weeks will likely be played in front of empty stadiums but some fans are expected in the stadiums by the end of the year. We can all hope by the time the season ends, the Premier League grounds will again see packed stadiums.

The Premier League is not the same without the fans and some teams depend on their home crowds to create a fervour that leads to wins and points for the clubs involved.

So without further ado, let’s see what are the five things to look forward to in the 2020-21 Premier League season.

#1 Can Liverpool keep up the intensity and the relentless of the last two years?

As Manchester City showed last season, it is difficult to keep playing at the peak over a period of time. Pep Guardiola’s side posted 100 and 98 points respectively in 2017-18 and 2018-19 to win the Premier League. The points tally came down to 81 last season and a second-place finish.

Champions Liverpool won 99 points last season to win the league and 97 the previous campaign, when they finished a point behind the eventual champions Manchester City. The challenge for Jurgen Klopp’s side will be to maintain those levels and as Manchester City showed last season, it is mightily hard despite all the quality in their squad.

The Reds have also so far failed to freshen up the squad adequately, something managers do to keeping challenging the players. Kostas Tsimikas is the only addition to the Reds squad at the moment and he too is only a back-up to Andy Robertson.

It would take all of Klopp’s motivational skills to again get the right tune out of the same squad of players. It would be hard but it seems only Manchester City can stop them from turning 19 titles into 20 next May.

#2 A muddled race for a top-four finish

Manchester United timed their race to perfection to break into the top four last season and finished third in final Premier League standings. Chelsea overcame a late wobble to also finish fourth while teams such as Leicester, Wolves, Arsenal, Tottenham and Sheffield United looked on from outside.

The race for the Champions League spots is only going to be tighter. Chelsea’s investment into their squad means many believe there could be only one position up for grabs in the top four this season.

Manchester United could still spend big from now until the end of the window and make it more or less a closed shop but for the moment, teams such as Tottenham, Arsenal, Leicester and Wolves are gunning for their place in the top four.

Coupled with Everton also signing players such as James Rodriguez, Allan and Abdoulaye Doucoure, the jostling at the gates of Champions League football could be even tighter next season.

#3 What about Leeds United?

No promoted team in recent history has attracted this much intrigue and headlines as Leeds United have done since winning the Championship at the end of last season.

There is palpable excitement around the Yorkshire’s club return to the Premier League after 16 years and Marcelo Bielsa’s presence in the dugout has made them a curious prospect in the top tier.

It will be Bielsa’s first season in the Premier League as well but expect him to do stacks of analysis on every team Leeds will face, starting from Liverpool on Saturday.

His Leeds side will not change their football that won them the Championship and many believe that they have the right system to thrive in the Premier League. Anfield away will be baptism by fire for Leeds in the Premier League. But if any side are expected to take the challenge head-on, it would be a team coached by ‘El Loco’ himself.

While there are teams who are going into the new Premier League season with higher aspirations, there are some who know that they would spend the campaign in and around the relegation zone, desperately fighting to beat the drop.

The quality in the bottom half of the Premier League has regressed over the years, resulting in the points total at the top of the table. One can choose ten teams now who could easily be in the relegation quagmire next season.

While newly-promoted Leeds United are being backed to finish comfortably in mid-table, Fulham and West Brom are early favourites to return to the Championship just a year after their promotion.

The Cottagers have an untested Scott Parker at this level and while Slaven Bilic is Premier League proven, his Baggies squad look more Championship quality than suited for the top tier of English football.

Crystal Palace’s horrendous form at the end of last season should be giving nightmares to Roy Hodgson. He will be desperately hoping that it doesn’t spill into the new campaign or else the Eagles could be in trouble.

Brighton, Aston Villa and West Ham are all likely to be looking over their shoulders as well despite managing to beat the drop last season.

#5 The effect of empty stadiums

While some fans are expected to stream into stadiums over the course of the next few weeks, the games will largely be played in front of hollow stands until at least there is some form of vaccine available for COVID-19.

It is likely to have a bearing on the results as well in the Premier League. The games that were expected to be tricky away fixtures are no longer the same.

Aston Villa depend on the raucous atmosphere of Villa Park to pull off shock results. Leeds United will not have the full backing of the ferocious Elland Road crowd on their first season back in the Premier League.

But what effect will it have on Liverpool? The champions are good enough to beat anyone in the Premier League but the Anfield crowd have often helped them to get over the line in bigger and trickier games.

Liverpool did produce some insipid performances at home towards the end of the season, culminating in Burnley becoming the first team to get something from Anfield in the 2019/20 league campaign.

It will be intriguing to see whether a team of Liverpool’s quality can negate the absence of a raucous Anfield crowd next season.